Philippe Cardinal-Houde, A passion for flight

This month, Philippe Cardinal-Houde will be 25 years old. So what, you say. Except for the fact that this young man practices a vocation that doesn’t correspond to his age: airplane pilot’s. Since 2004, Houde has held a pilot’s license, earned at the Laurentide Aviation Flight School, a private institution in Les Cèdres. He has already logged more than 2,600 flying hours and has worked for Nolinor for nearly three years. His job? Transporting workers to the mines of Nunavut and the Northwest Territories. His means? A Convair 580 that accommodates 52 passengers. Since the cockpit door is always closed, no one is aware that the first officer is so young. At his previous position at Max Aviation, he transported members of parliament and other political figures, and could be seen from any of the nine seats on the aircraft. More than once, people were surprised to encounter ‘The Flying Baby,’ as he was nicknamed. “You’re so young!” and “What’s he doing here?” were expressions often heard. His reaction? “I thought it was funny.” Aviation is his passion. His life. His work involves 40 flying hours per month for a decent, but by no means exorbitant, wage. His love of flying is compensation enough for now. But Houde aspires one day to become an Air Canada pilot. To achieve this, he is preparing himself: in July, he attended a three-week training course in Florida on the Boeing 737-200 aircraft. For fun, in his spare time, he plays on a flight simulator at home, or works as an instructor at the school where he studied. The most important thing for Houde is to be in control. Why? Where does this passion originate? Perhaps from his mother, a flight attendant? Or from comic book heroes? Not exactly. “My hero is Gerry Champoux, a retired who flew for all the Canadian companies. It’s thanks to him that I’m here. He was my Superman.” If his dream comes true, Philippe Cardinal-Houde may well become the youngest man ever to fly for a commercial airline. And why not? It’s the only dot on his radar. 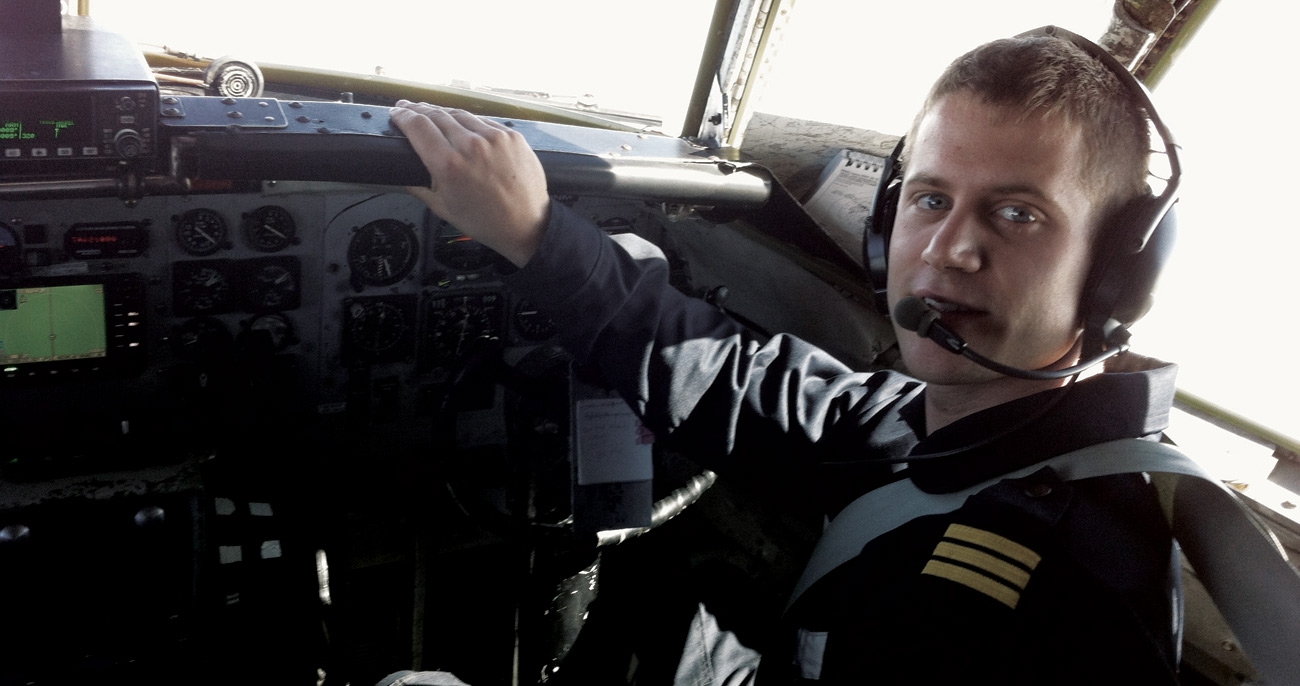