The prestigious Wall Street Journal has declared: ‘Cycling is the new golf.’ While three Quebecers cannot pretend to have initiated this phenomenon, they deserve recognition for having anticipated the trend.

Sixteen years ago, Jacques Dubé, Gilles Dionne and Pierre Gagnon founded the Association cycliste en développement des affaires (ACDA). They had no idea at the time that cycling would emerge to rank as the number one sports industry worldwide. They rather believed it would be much more interesting to network in groups, cycling, than spend a whole day on a golf course in the company of three others. So began the ACDA, business people and professionals, pedaling across the bucolic paths of Québec. Truly, the story of the ACDA is not commonplace.

In what seems another time, the athlete of the group, Gilles Dionne, threw his friend Pierre Gagnon off balance, warning him that he would sacrifice excellent business relationships if he persisted in his lifestyle. “Dionne was referring to the fact that I smoked and I was tipping the scales at 225 pounds,” says Gagnon. Today, Gagnon cycles daily to work and is a model of fitness.

As a child, Dubé was a (self-proclaimed) ‘reject’, the kid never chosen when it came time to form teams. “When my children started mountain biking in Saint-Bruno, I didn’t feel like sitting there and waiting for them. In my first race, I finished last. I must add in my defense that a carry rack weighed down my bike and I was sporting a plastic salad bowl as helmet on my head.”

As time moved along, through the vehicle of the ACDA, the three men have converted many business people to shake up their habits and improve their health by scheduling one Wednesday afternoon per month to ride and take part in the network. Dionne argues, “I am happy to report that it is the cycling aspect that has become the priority of members, more important even than the professional contacts. And it’s for that reason that relationships are strengthened, because the shared element of pleasure prevails over the obligation to conduct business activity.” Gagnon adds: “Thirty per cent of our members are women. The ACDA is far from being a ‘boy’s club.’ We are very proud.”

By setting as the goal participation in ACDA cycling dates, members rediscover one of the pleasures of youth, the bicycle. And they also reclaim the joy of movement. Like the three founders, there are many who have decided to invest in their health. If only for this reason, Dionne, Gagnon and Dubé deserve a tip of the cap. 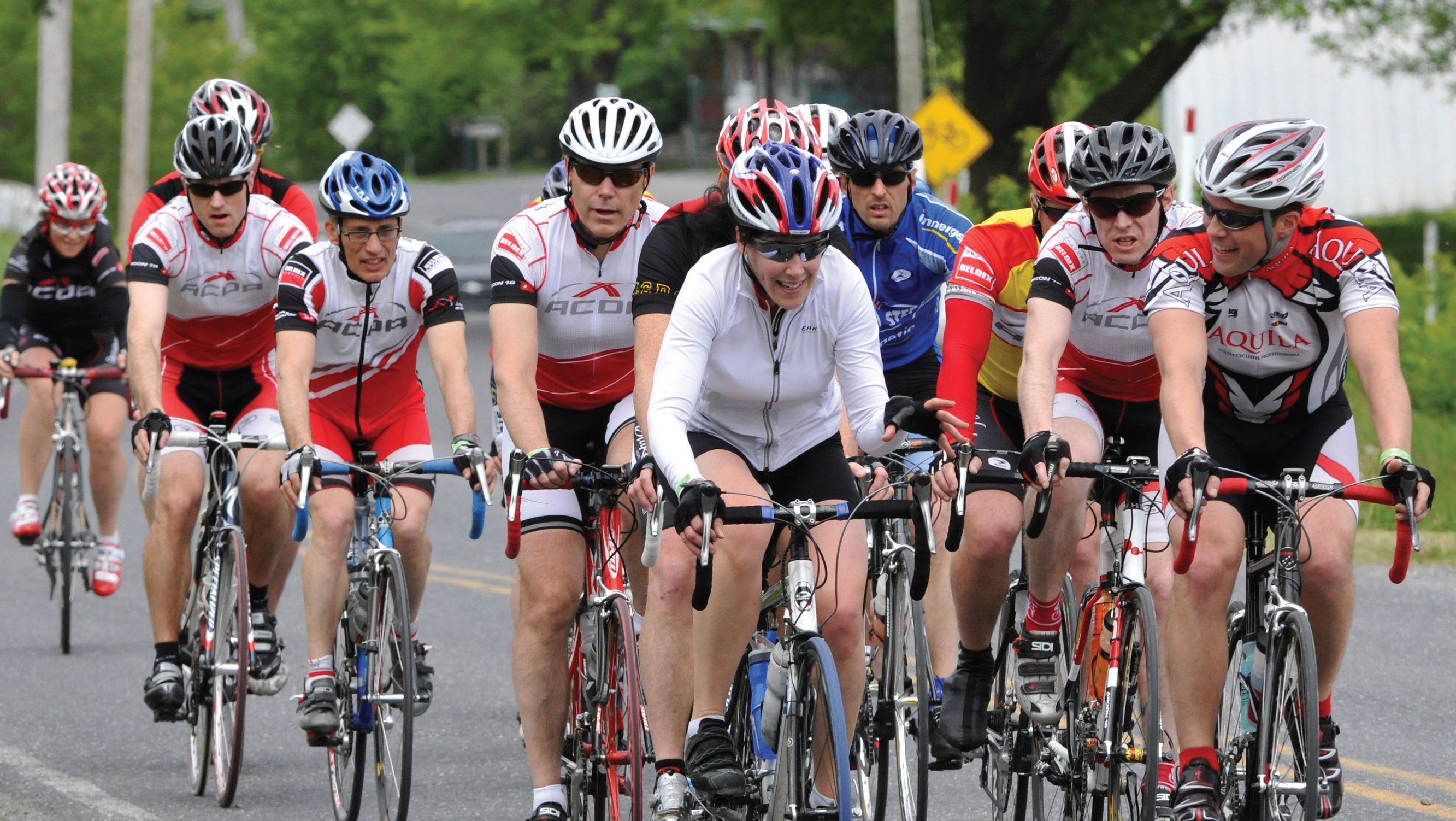 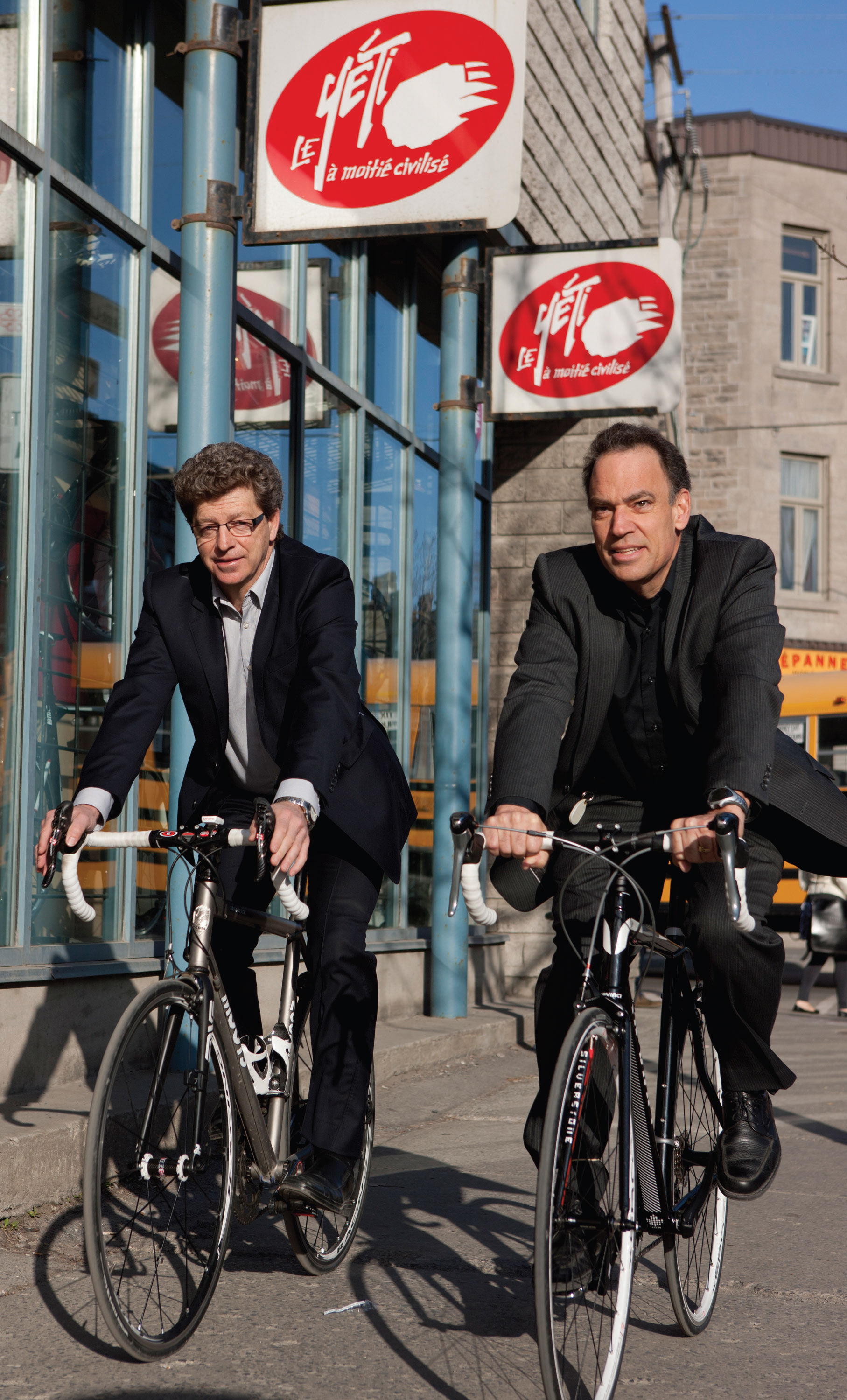