Moishes: Tradition on the menu

SINCE 1938, MAURICE RICHARD, MARLON BRANDO, FRANK SINATRA, CÉLINE DION, AND THE FUTURE POPE JEAN-PAUL II HAVE ALL EATEN AT MOISHES STEAKHOUSE! THIS IS A PORTRAIT OF A RESTAURANT THAT EMBODIES MONTRÉAL AND THE MAIN

Founded over 70 years ago by Moishe Lachterman, a Romanian Jewish immigrant who changed his name to Lighter, Moishes restaurant was named one of the world’s top ten steakhouses by the prestigious Forbes magazine. The establishment has witnessed a parade of greats from the world of politics, sports, business, and show biz. And yet, this little place on the Main is nothing to look at from the outside; it was only recently that the interior was renovated from top to bottom by designer Patty Xenos. There must be some reason for their huge success. Quality products, consistently great food, an impressive selection of wines, and an authentic menu could all explain their customers’ passion and loyalty. Beef lovers find carefully-selected choice cuts at Moishes: rib steaks, T-bones, New York sirloins, and filet mignon. As one would expect, the prices reflect the quality.

The restaurant’s origins were unusual to say the least; a young Moishe inherited Romanian Paradise after a card game with his boss Saffrin turned in his favour! Renamed Moishes Steakhouse when Romania became a communist country, it went on to carve an enviable niche for itself in Montréal’s gastronomic landscape and continues evolving to this day, based largely on customers’ comments, under the leadership of Lawrence and Leonard Lighter, the founder’s sons. The new fixed-price menu, $25 from Thursday to Saturday, makes no concessions to their tradition of quality, however. They could, after all, reduce portion size – it isn’t always necessary to serve a pound-and-a-half steak when a Kobe burger served with grilled oyster mushrooms, an appetizer, and a coffee will do the trick. What’s important is respecting the brand. This Montréal institution is summed up perfectly by this little anecdote: A graffitist, arrested by police, asked Leonard Lighter to give him a break. Lighter offered him a deal. The restaurant would drop the charges if, in return, he would paint scenes on the outside walls – scenes of Montréal’s immigrant history and the cosmopolitan inhabitants who live along the Main. Photos of that mural now hang on the walls in the restaurant’s dining room. Moishes isn’t just a business – it is an embodiment of our metropolis. 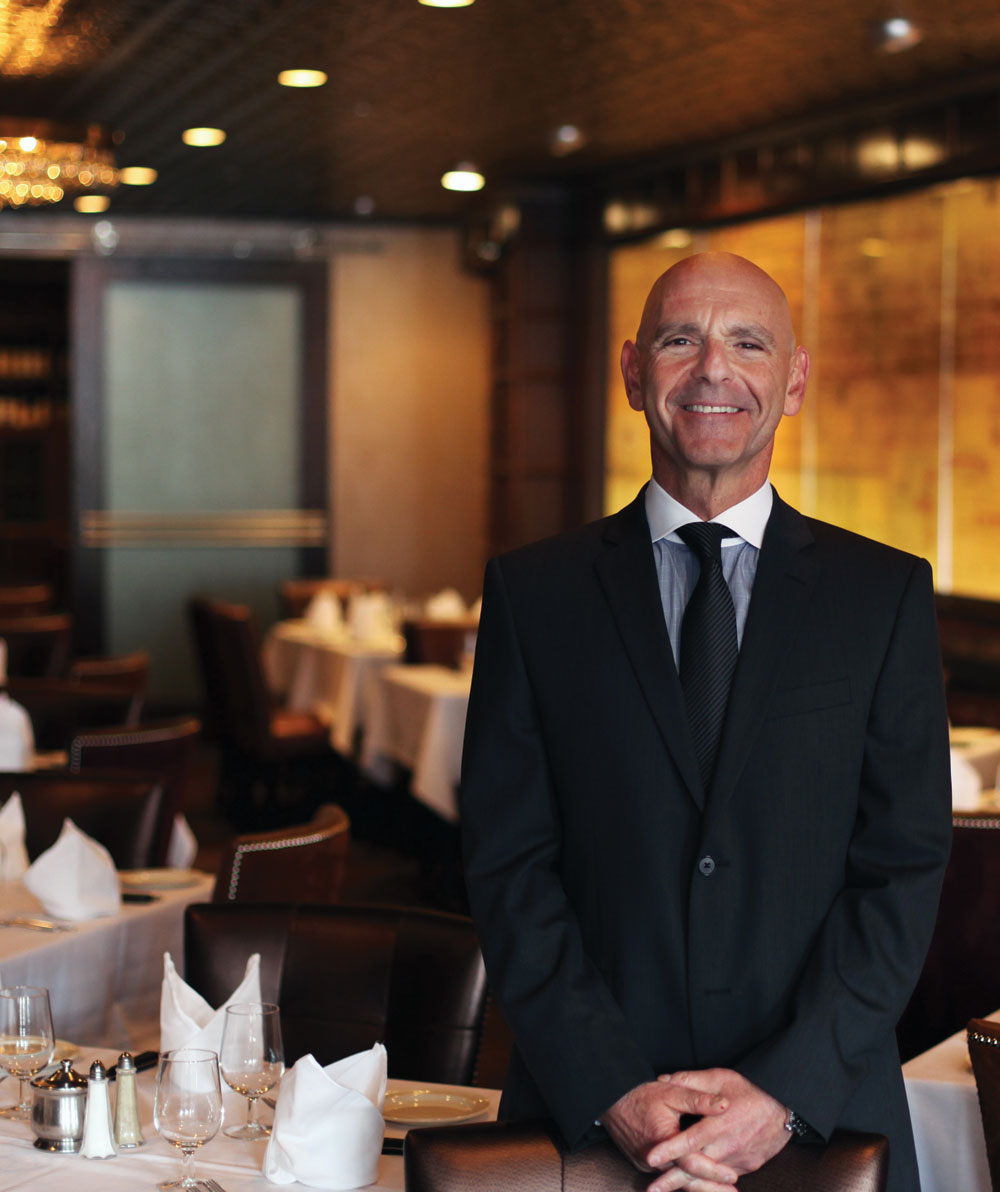