INFORMAL RESTAURANTS THAT DELIVER THE GOODS 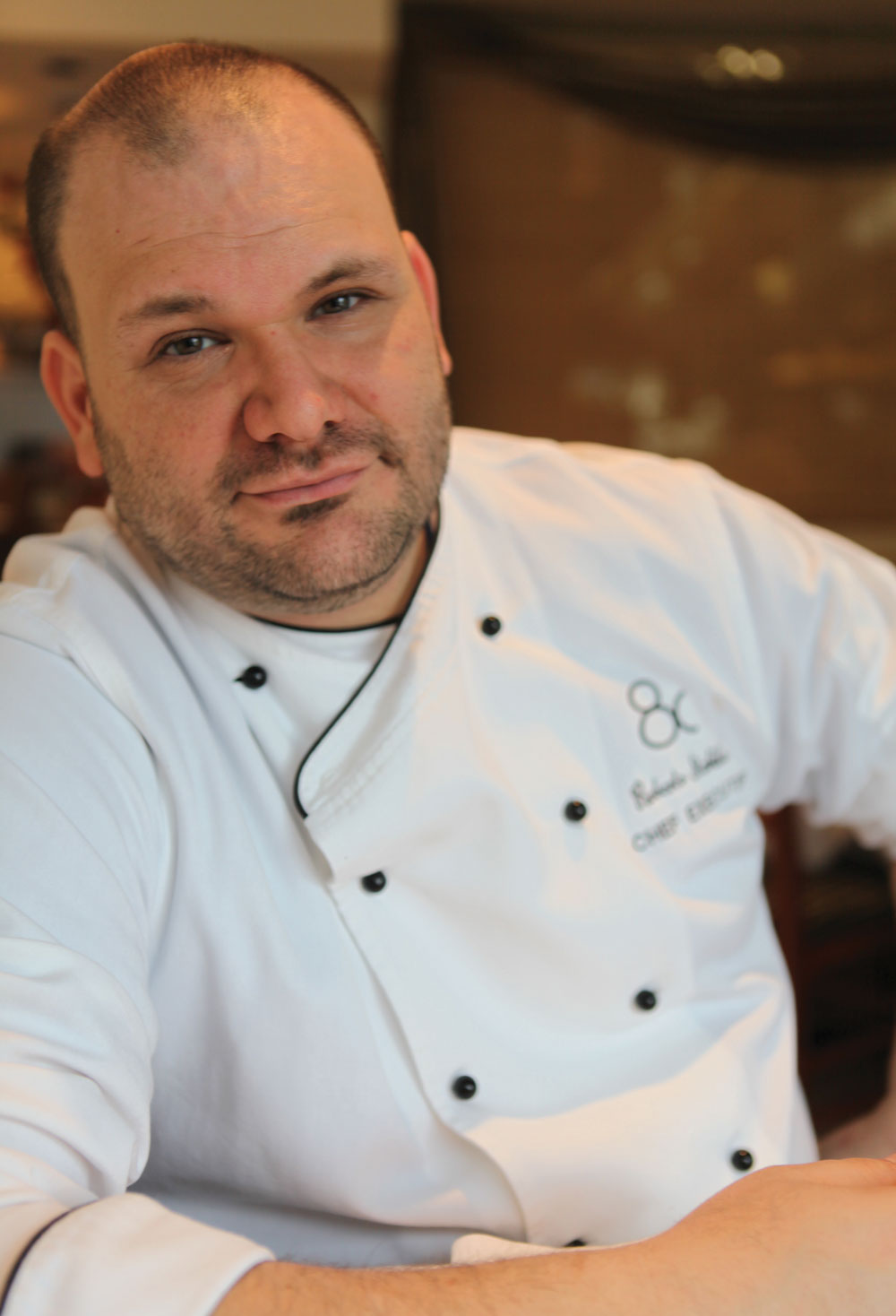 Celebrating ten years in November, Ristorante Primo & Secondo offers true Italian fare. Montreal-born, Chef Roberto Stabile, thrives on the simplicity of Italian cuisine using many Italian imports certified “Protected Designated of Origin” combined with Quebec’s finest produce to create masterful dishes. Located steps from the Jean-Talon market, its menu is depicted on large blackboards and details are described by the friendly waiters. As you enjoy wines from the peninsula and Sicily, dine on fine Italian porcelain and admire the colorful Fresco’s throughout its simple décor, you may just feel as though you are in Italy. Open for lunch from Tuesday to Friday and for dinner from Tuesday to Saturday. Indulge in a taste of Little Italy at Ristorante Primo & Secondo. Reservations are highly recommended throughout the holiday season. 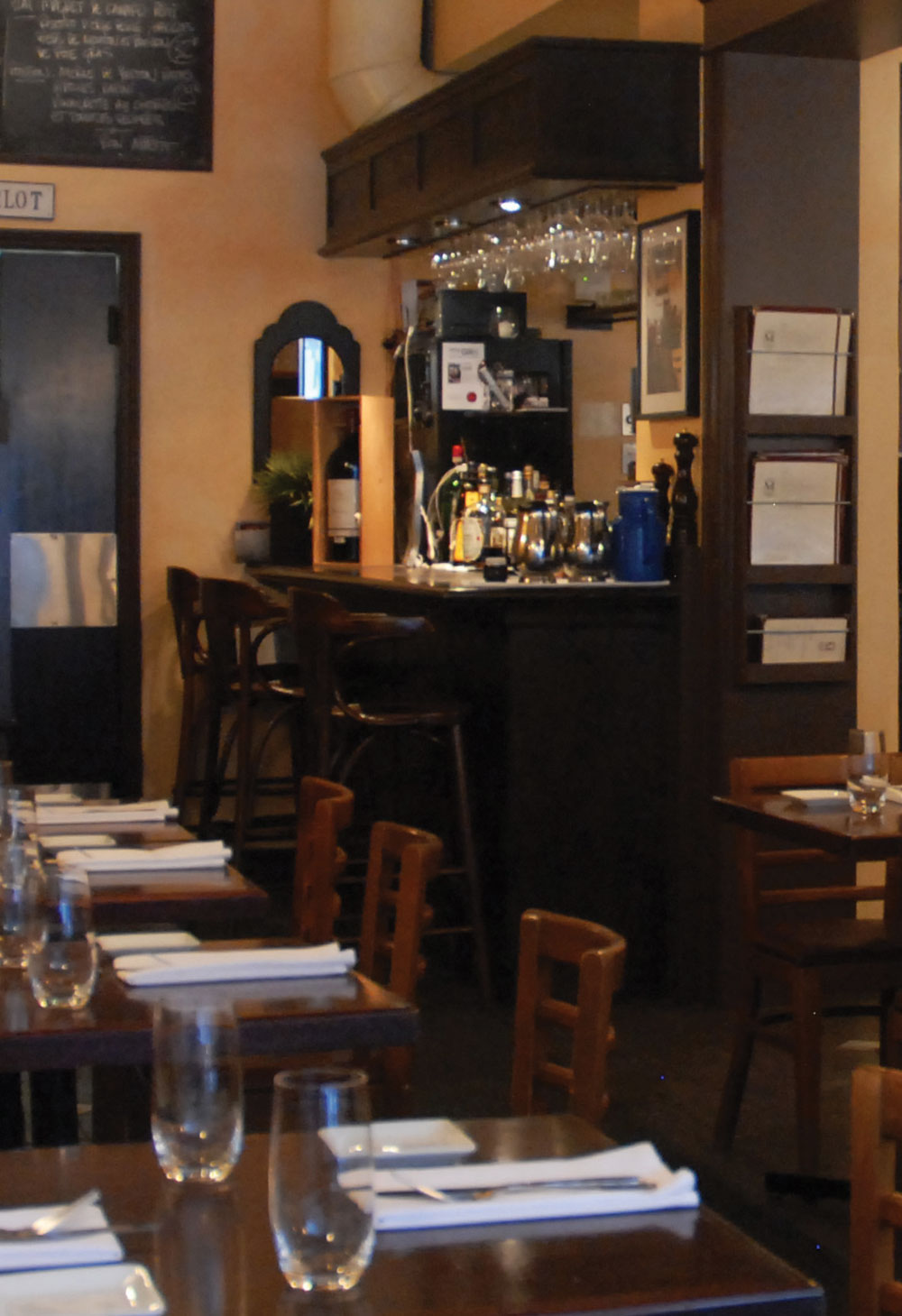 This typical, good-quality corner restaurant, located for some time now in Vieux-Rosemont under the direction of Chef Jean-François Vachon and his associate Philippe Lisack, offers classic French cuisine and some of their own creations. It’s a small space (despite building a recent addition), with a relaxed atmosphere and a view of the heritage church across the street; in fact, the restaurant has a few church pews of their own! The wine list includes many private imports. For those who log onto Trip Advisor, it is rated 240th out of 1410 Montréal restaurants! Open weekdays for lunch, Saturday for dinner, and they offer Sunday brunch as well. M also caters.

In the heart of Ahuntsic
LE ST-URBAIN

Born in the neighbourhood and a graduate of the ITHQ, Marc-André Royal was probably destined to open his own Ahuntsic restaurant after a stint as sous-chef at 357c, Daniel Langlois’s private club, and a one-month internship at a Michelin 3-star eatery in the Big Apple. Le St-Urbain runs on fresh, organic market offerings and their immense blackboard lists a short menu (lamb, scallops, salmon, entrecote and risotto, for example) that changes regularly. The wine list is limited but boasts several private imports. Closed Sunday and Monday 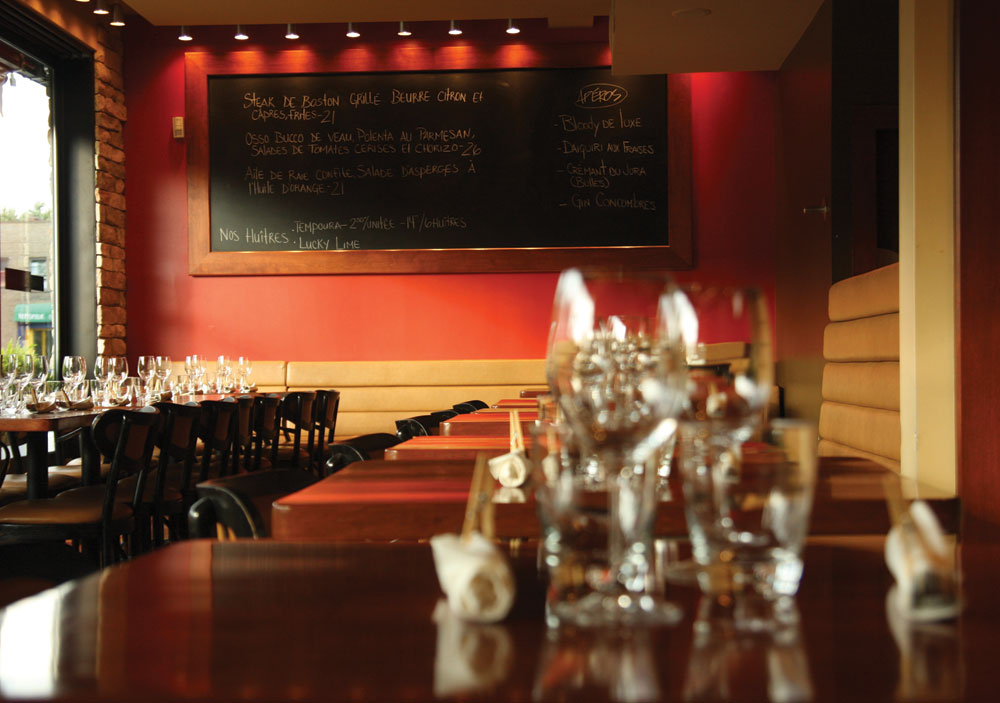 Neighbouring the bar of the same name from which TV shows were broadcast (Christiane Charette), this former turn-of-the-century tavern became a venerable neighbourhood institution, like Cinéma Beaubien, not far from Molson Park. Establishment maintained a warm, noisy, animated style from the past, as the food, some dishes are a bit decadent due to gargantuan portions. Mathieu Cloutier and Jean-Philippe St-Denis (formerly of Kitchen Galerie) alternately run the grill. The menu offers as many meat choices (tartares, foie gras…) as fish and seafood. Open daily from 6 to 11 p.m. 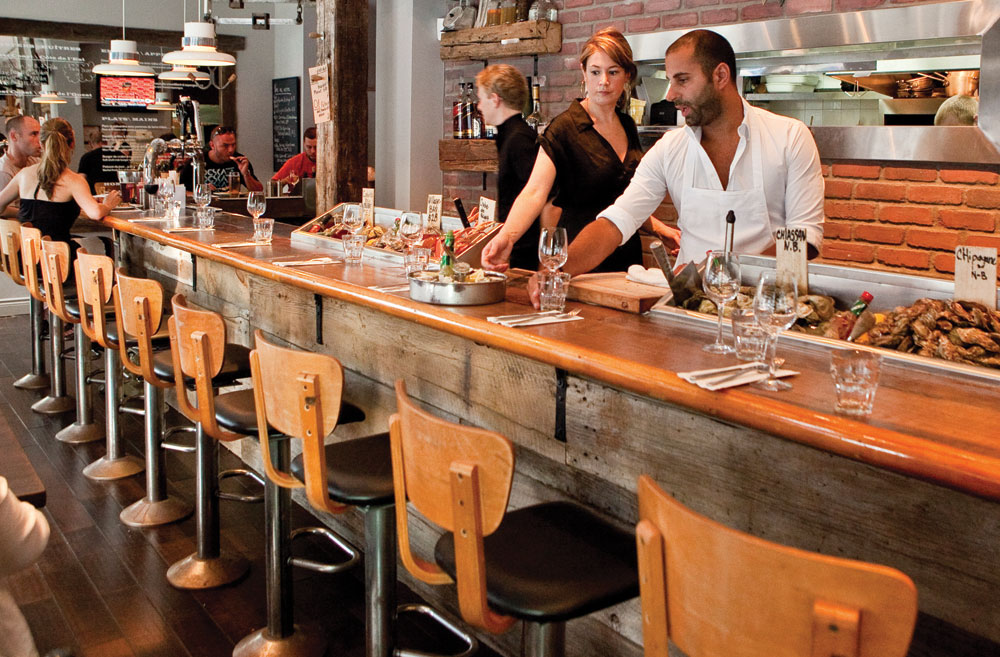 Bloody Caesar gazpacho with shrimp, grilled fish tacos, buffalo-fried calamari, Maine lobster rolls, and jerk seafood jambalaya on the menu, it’s easy to see we’re in a fish and seafood restaurant – very relaxed. The space is tiny, always packed with a young, hip crowd in a kitschy decor which they’re proud of: there’s a stuffed fish on the wall, Heinz ketchup can wine coolers, and aluminum oven pan plates. A rich oyster bar and a display of the raw foods like you see at the fish counter demands respect. Seriously – we are working. Open Tuesday to Sunday.