Guy Leclerc at 200 km per hour

Guy Leclerc is a doctor and an amateur race car driver, or you might say, a cardiologist who races Ferraris. He moves with ease between the operating room where he performs angioplasties, and the race track. Acknowledging that the mechanics of the heart are not that far from those of a race car, he mentions “the same surgical precision.” Talk about a heart pounding passion! But what fuels this guy’s fire? 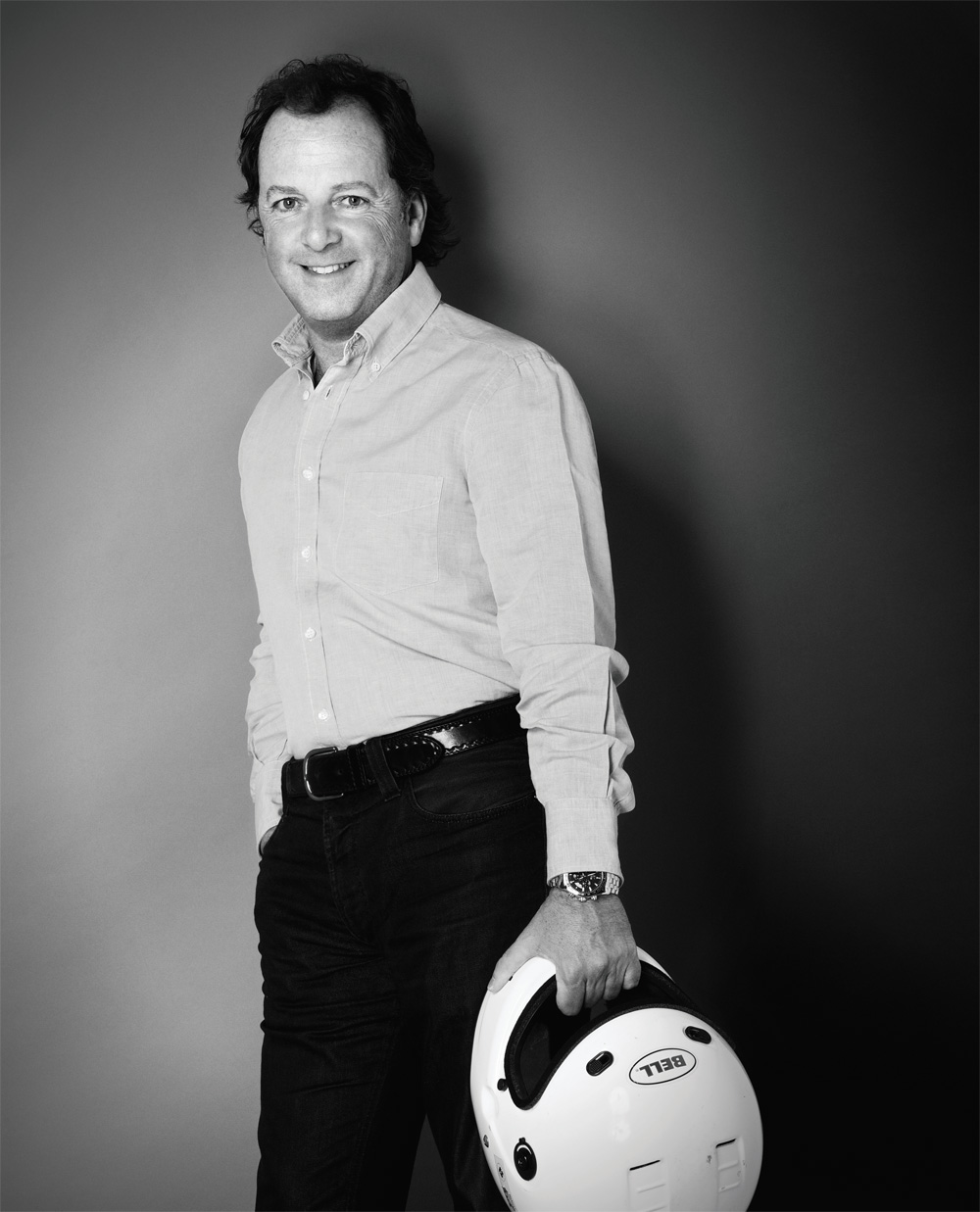 After studying medicine in Montreal, Leclerc headed south of the border to Boston, where he studied cardiology. Hen his studies were completed, he accepted a position at the Centre hospitalier de l’Université de Montréal (CHUM). As a result of his hard work and determination, this little guy from Montreal’s south shore developed a reputation as a respected specialist and was named the head of the entire cardiology unit at the CHUM where he led a team of over thirty cardiologists: and all this before his fiftieth birthday! Strong values and the love of a job well done meant that Dr. Leclerc could have been content with all he’d accomplished, and yet he left this prestigious position to start his own business, AccelLAB, a company specializing in the research and development of medical products, including cardiac implants. He has clients from all over the world and oversees sixty people whom he cares for as if they were family. On top of all this, Dr. Leclerc still finds the time to unblock arteries one week each month.

So, how does he get some peace and quiet once he has finished all this adrenaline-pumping work? Quiet doesn’t seem to be high on the list of Dr. Leclerc’s priorities! For a change of scenery, he likes to go to a race track to keep his brain activity going at full speed – literally. His means of relaxation is to exercise his passion.

Dr. Leclerc loves to challenge himself; he is continually striving to improve on his last performance. He keeps an eye on the times he clocks, tangible evidence that his driving techniques have improved along with his personal expertise. He is a "gentleman racer," interested in caution, safety, and fair play. Whether on the race tracks in Tremblant, Monterey, California, or Homestead, Florida, he doesn’t just practice his favourite sport, he also competes in high-level, amateur Ferrari Challenge races alongside other businessmen, who, like him, are passionate about race car driving. They participate on a circuit of six races held each summer, including a race held in Montreal during the Formula 1 Grand Prix event.

This is an all-consuming passion. To truly devote himself to it, ­Leclerc needed to hire a mechanic – from Italy (where else?). He hired a driver – also Italian – to haul his car all over the continent, and he counts on his manager (yes, he’s Italian too) to settle any problems he might encounter with customs agents, to register him in his races, and to oversee all other administrative details. He also depends on his coach and mentor Richard Spénard (nope, he’s not Italian), a Canadian legend known for training Patrick Carpentier and Alex Tagliani.

In 2010, after a very successful season on the circuit, Leclerc was invited by Ferrari to participate in a race on the F1 circuit in ­Valencia, Spain. He went up against European drivers in an attempt to win the Coppa Shell and finished third. He was very proud of this ­accomplishment, especially considering that he had only been ­racing for four years!

He was also proud of his people’s teamwork. Those he surrounds himself with are an important part of his beloved sport. People always come first: those who are with him every step of the way, not just on the race track, but in his day-to-day life. And then there’s the traveling involved in this jet-set sport, and the lifestyle it entails: namely, good times spent over a delicious meal with great wine. ­Essentially, it’s the total experience of racing that Leclerc loves most.

It must be pointed out that in choosing Ferrari, Leclerc chose a lifestyle that closely resembled his own values. The importance of family and hard work are well-known Italian values, and that suits our Sunday race car driver just fine. Getting acquainted with Italy and Italians, people that he loves so much, has greatly contributed to his passion.

This is a man who knows how to do each and every thing with passion. His business is growing rapidly, offering an international expertise to the people of Quebec. The good doctor has also found a way to do even more for the famous CHUM . He is an administrator on the CHUM hospital foundation and Honourary President for the CHUM foundation golf classic which raises over $1.5 million annually. He has already raised more than $10 million for the hospital, which, he points out, is greatly needed.

The word ‘passionate’ is something of an understatement if you are talking about Guy Leclerc. He goes at 200 km/hr, not just on the race track, but in life, where he is always on the fast track to excellence. 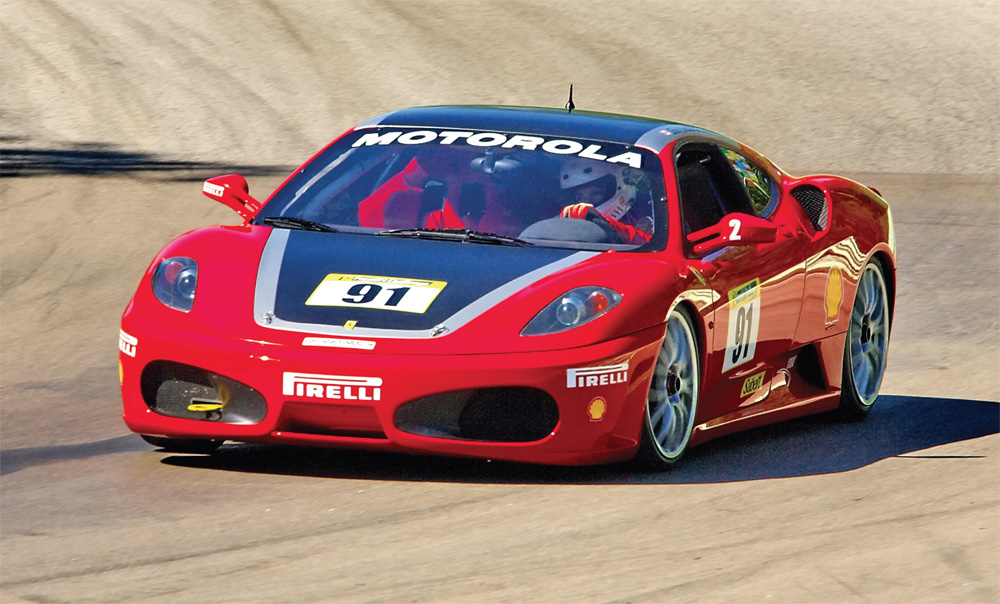 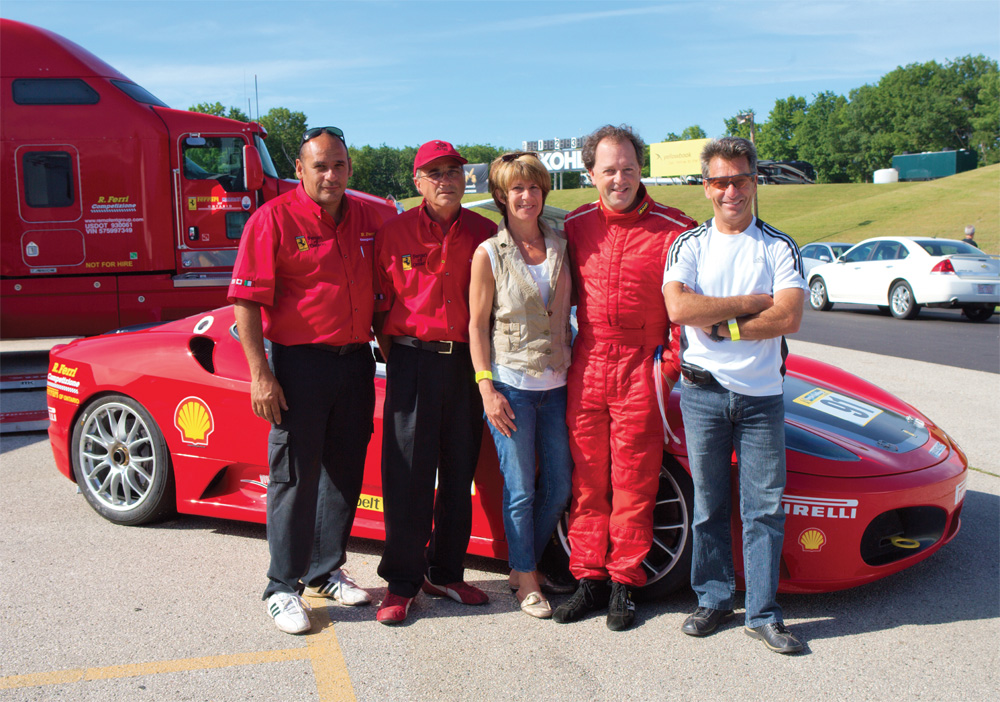