VISITING FRIENDS ON A BEAUTIFUL, UNPOLLUTED LAKE, A COUPLE FALL IN LOVE WITH THE LAURENTIANS AND DECIDE TO BUILD THEIR SECONDARY RESIDENCE THERE. THEY PURCHASED THE NEIGHBOURING 63,000-SQUARE-FOOT LOT AND DRAW PLANS TO BUILD A NEW ENGLAND-STYLE HOUSE.

The construction was spread out over 18 long months, which gave the owners time to consider details and make good choices; it was a real work in progress. Better yet, they had time to change their minds, to demolish and reconstruct here and there, like in the small master bedroom for example, that needed a few feet added on. The owners already knew the contractor well; Jean-Bernard Charbonneau had already renovated their main residence. He agreed to work for an hourly wage instead of a fixed price to give them more flexibility. This way, changes in the plan were permitted.

André Bourassa, recently re-elected president of l’Ordre des architectes du Québec, helped the couple at the beginning of the project. They were determined that the style be authentic, so the couple took a few trips to Cape Cod to verify the sort of windows found there, what the doors looked like, and how the mouldings were treated. The idea of the red front door, a symbol of welcome, resulted from these visits.

The New England style house is built on three levels, though only two are visible from the front. The back of the house faces the lake. The roof is a perfect example of how the work progressed: they started the job with asphalt shingles before changing to cedar. An error? Not really. It was evolution.

In a year and a half, one can accumulate dozens of anecdotes. When they noticed that the Anderson windows they had ordered had removable lattice work, they realized that the American window supplier had misunderstood what they wanted. Never mind; they reordered the right windows, and the ones they removed are still sitting in their shed. As for the flooring, it had to be tested in the garage to get exactly the desired effect. You could say there was a little room for compromise. The game plan was strict.

In 2003, the owners threw a party to thank all the workers who had contributed to the project, something Madame felt was necessary to convey how happy she was with the results and how lucky she felt to be living there. Although not religious, she often thanked heaven, so much so that the tinsmiths installed a cross on one of the roofs in acknowledgement. Landscaper Ronald Leduc, a fairly colourful character, also took part in the project. Unlike the others, he didn’t work hourly, but he put his whole heart into it. He designed the grounds using rocks imported from Lacolle and planted 180 rose bushes. When asked what colour the roses would be, he said the color wasn’t really important. He simply wanted the roots of the bushes to solidify his structure.

An immaculate interior with dark wood floors is very inviting for guests. A spacious, bright kitchen (Passion Cuisines) shares space with the dining room (furnishings by Moutarde) in the purest American country style. The music is diffused by Bang&Olufsen’ system (Kebecson).

The house boasts a number of bedrooms to welcome visiting friends and the couple’s daughters and grandchildren. It has evoked admiration from everyone who has visited. When the lady of the house took a test she found in a magazine for cottage owners about what a New England style cottage should be; their house scored 100%! 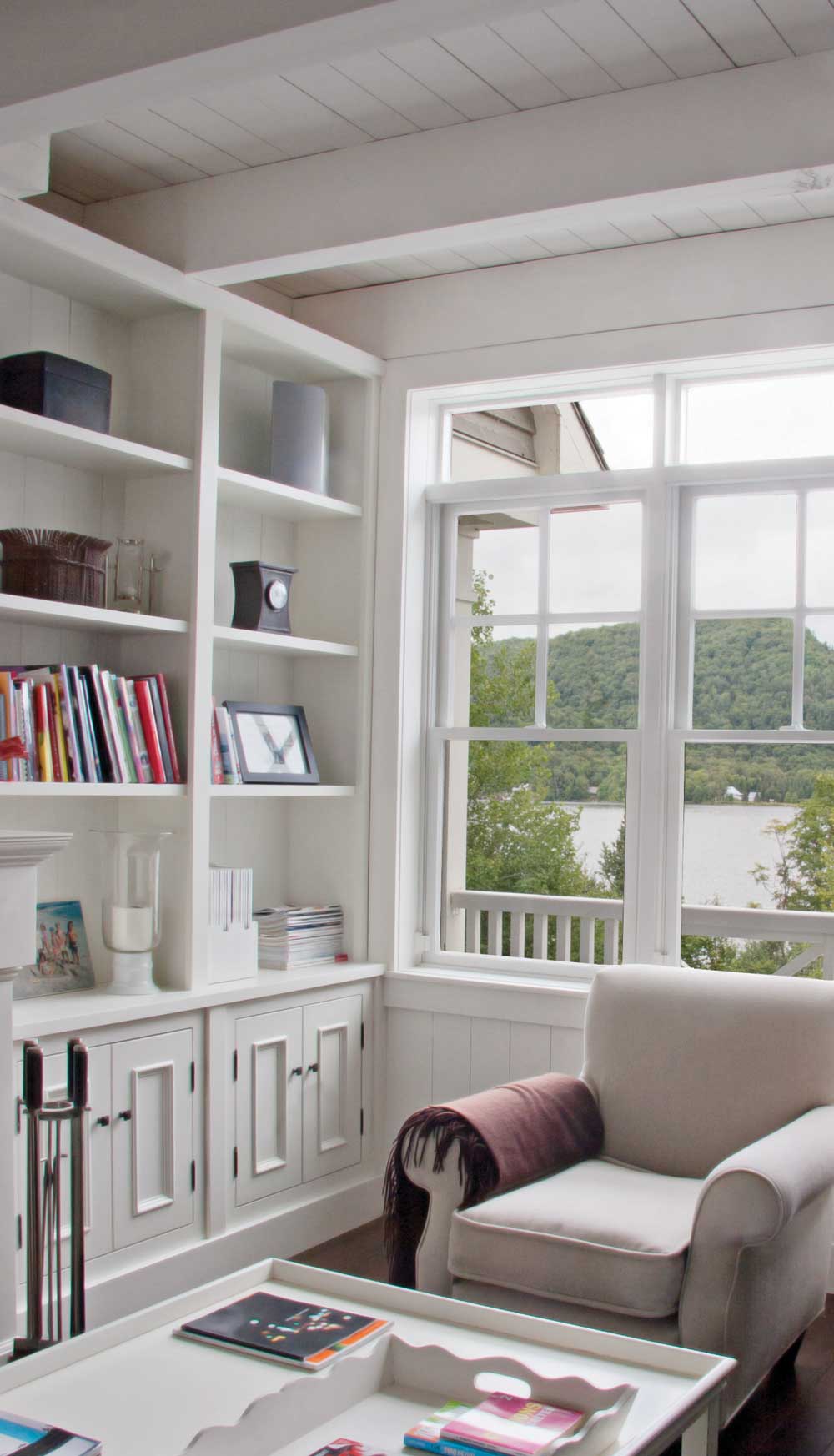 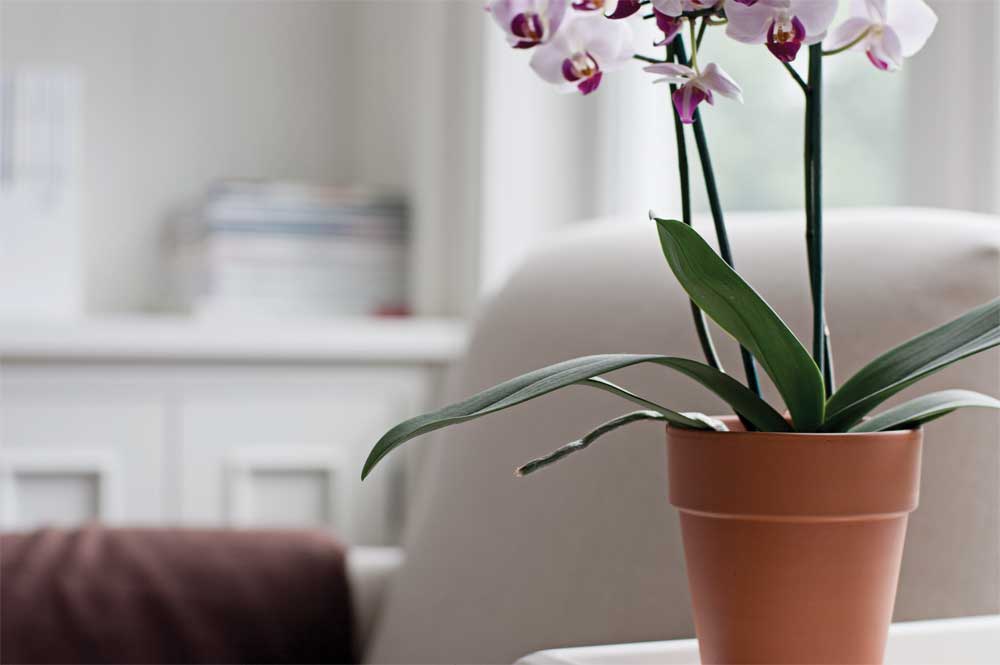 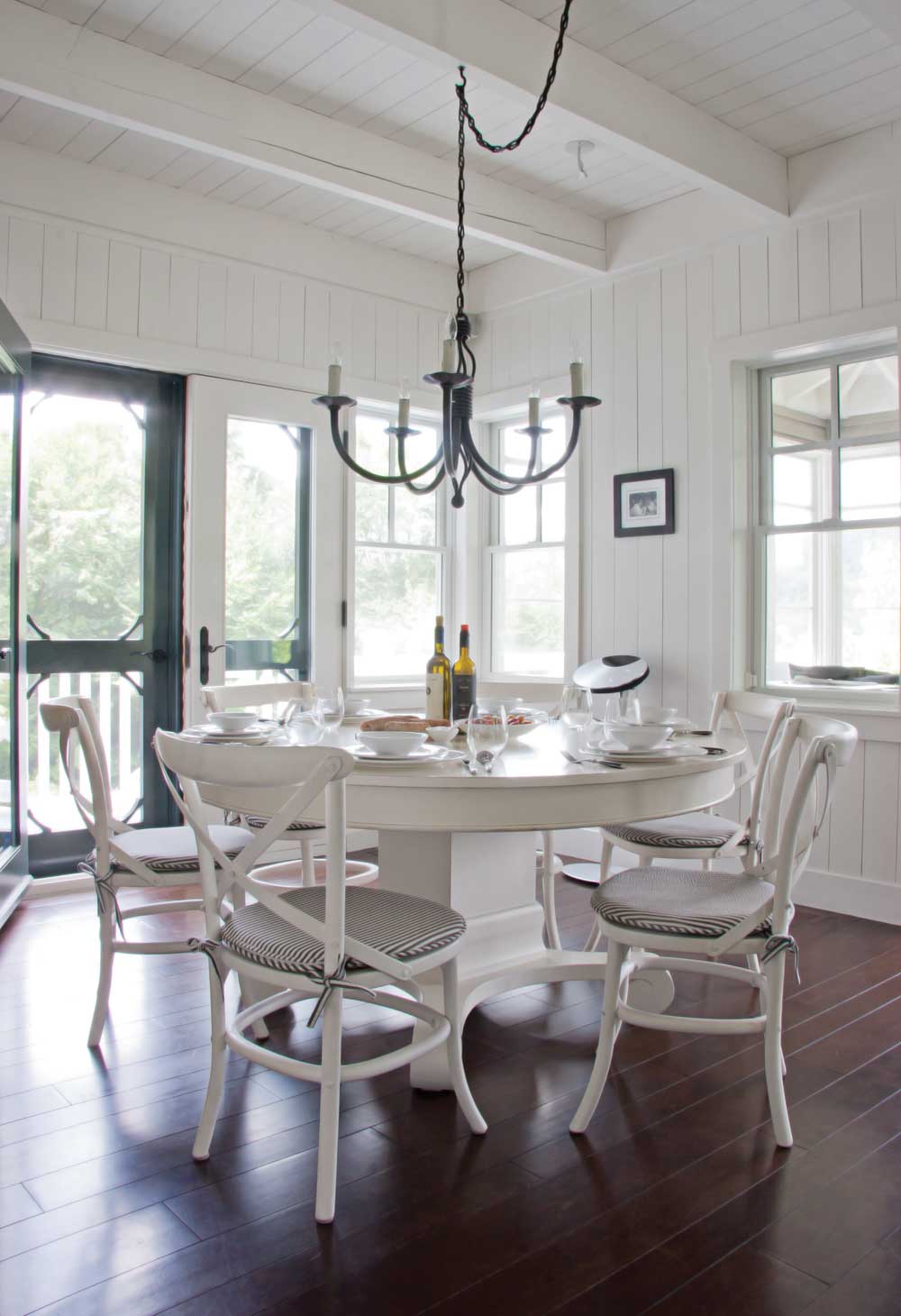 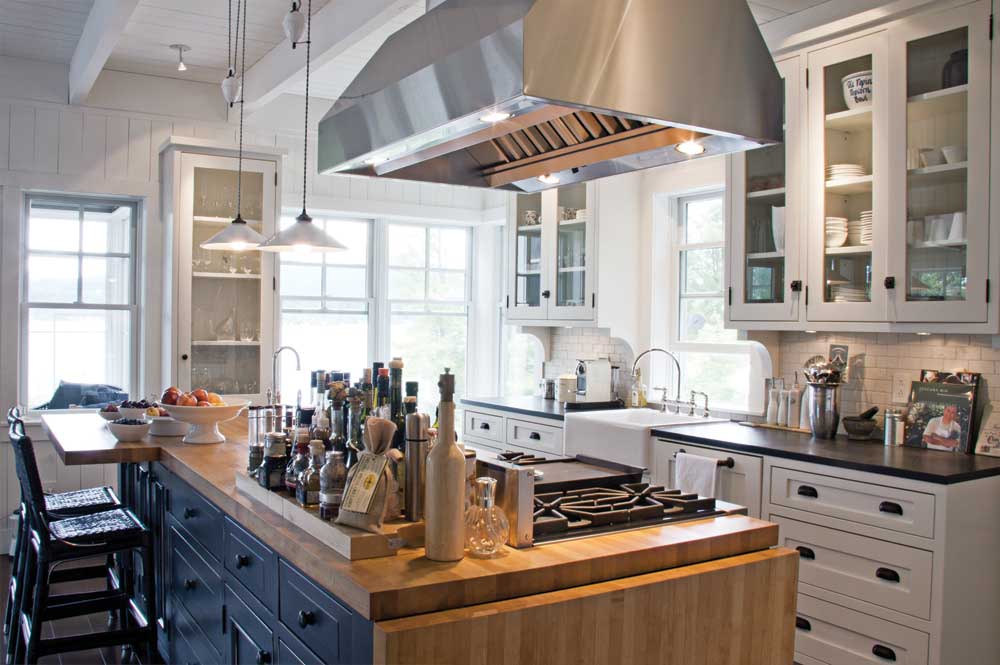 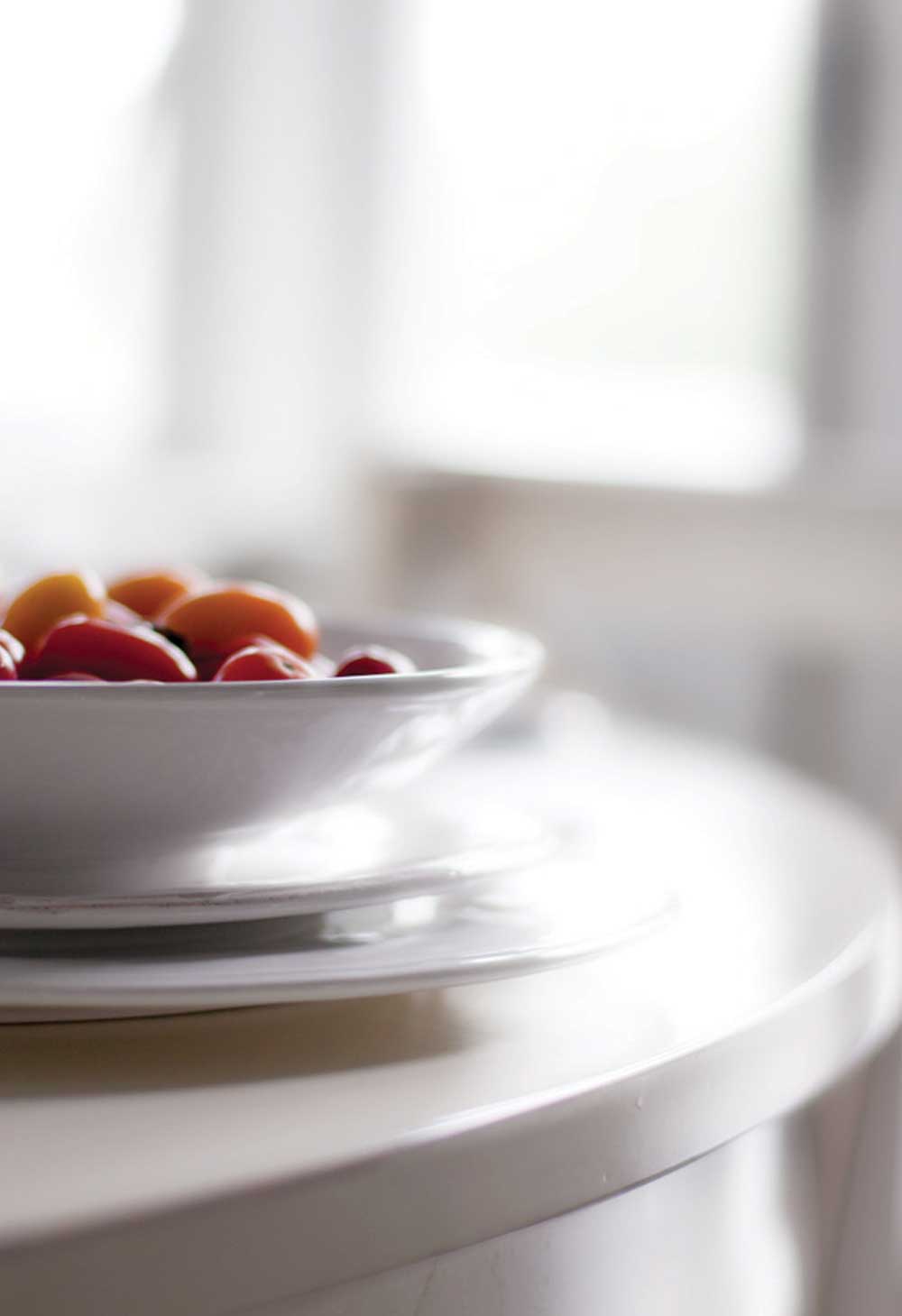 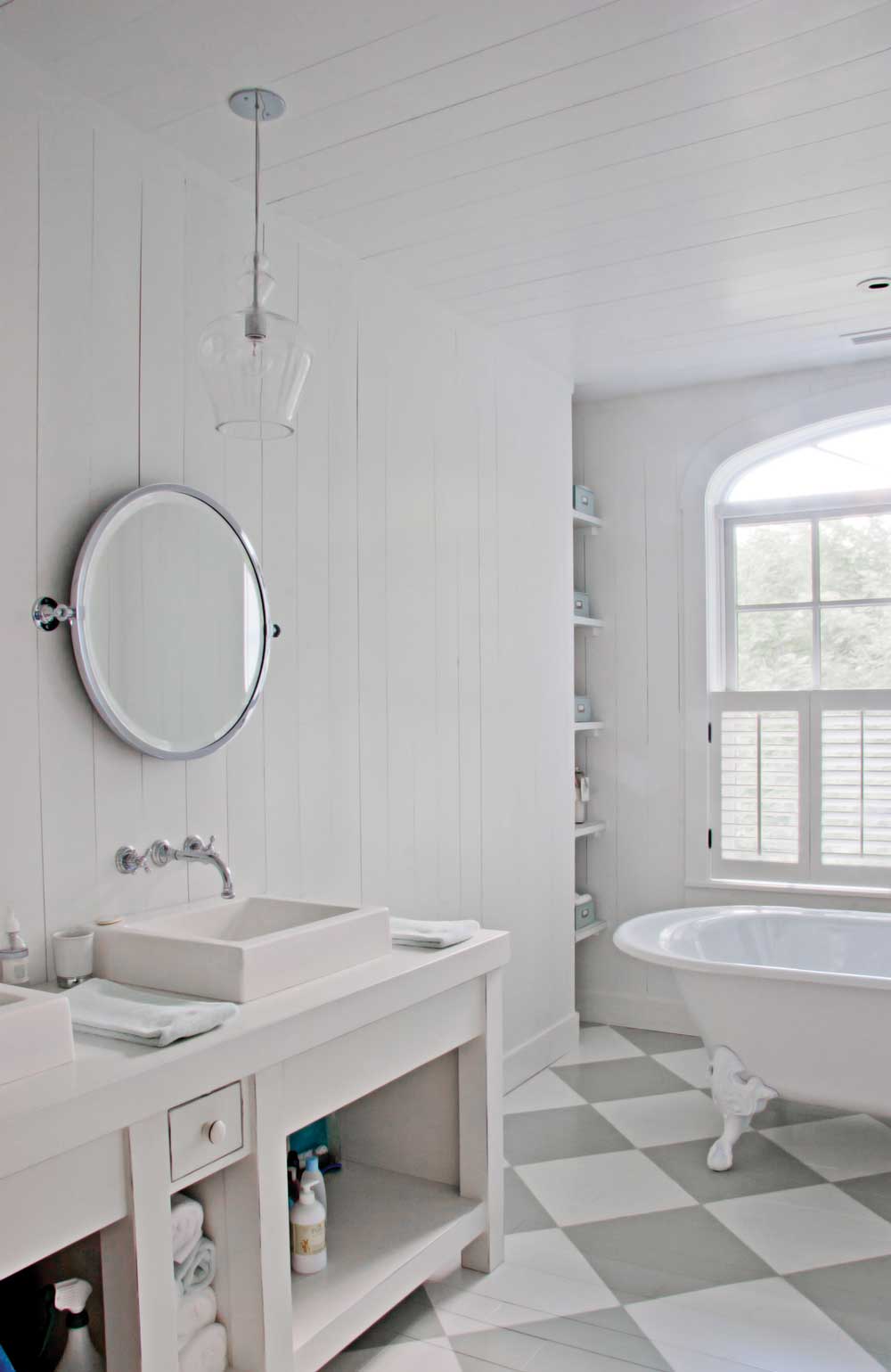 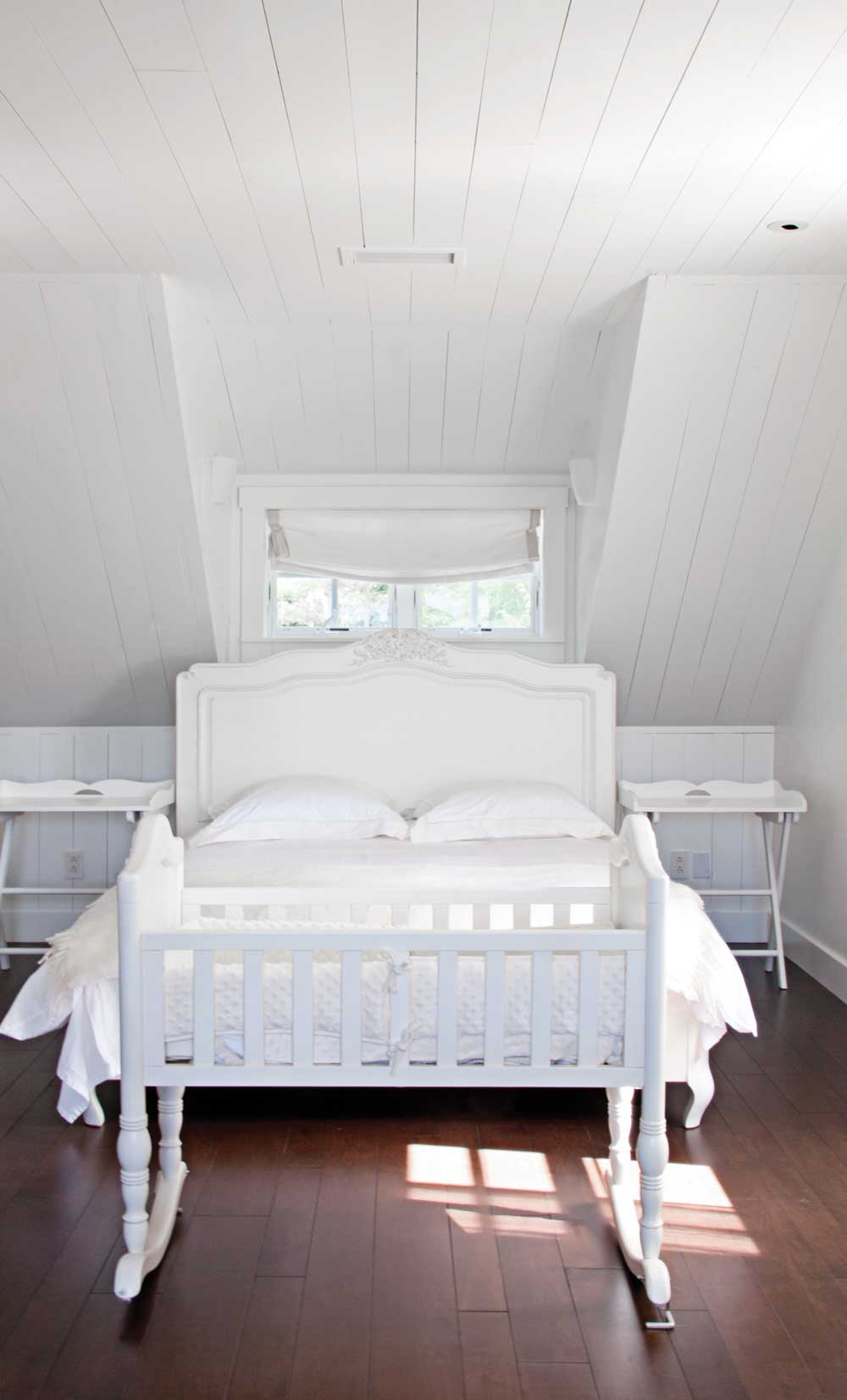 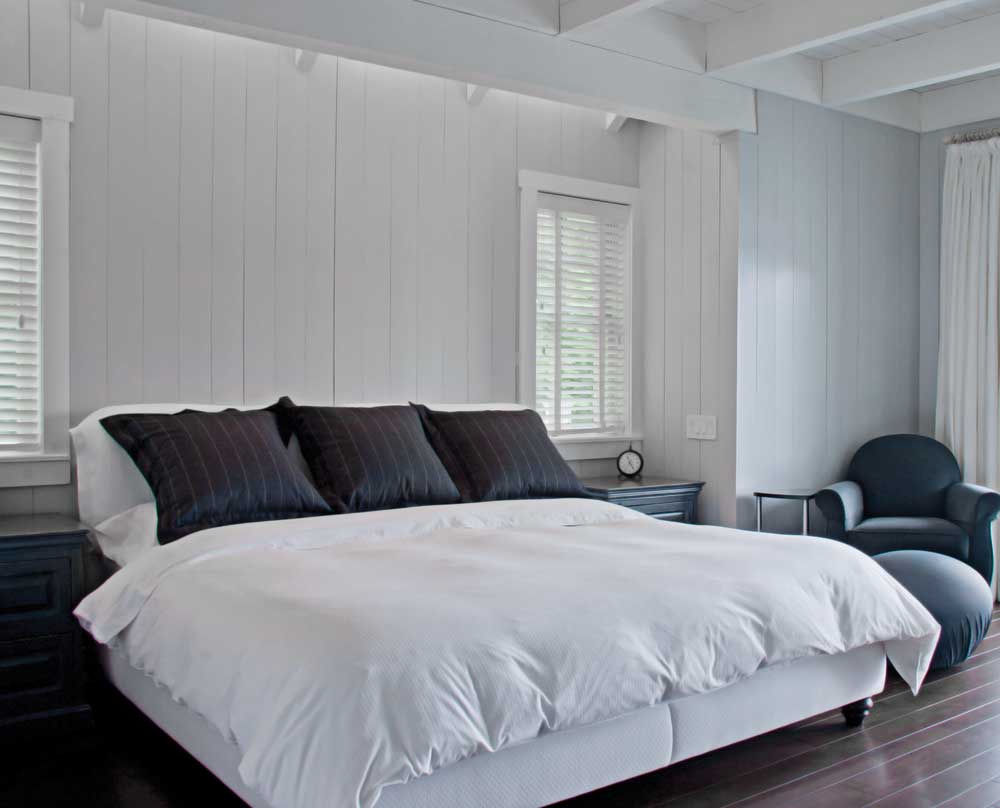 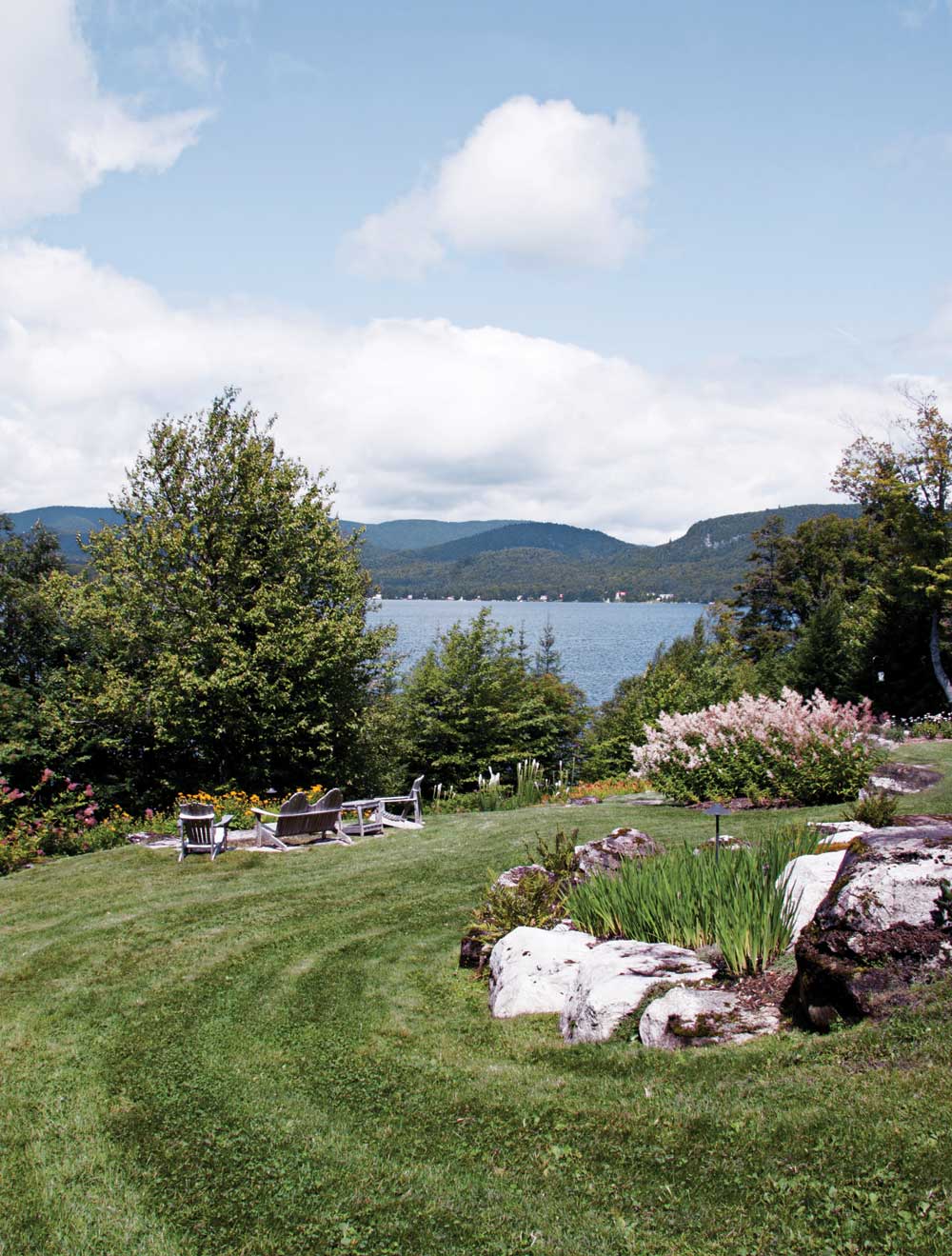 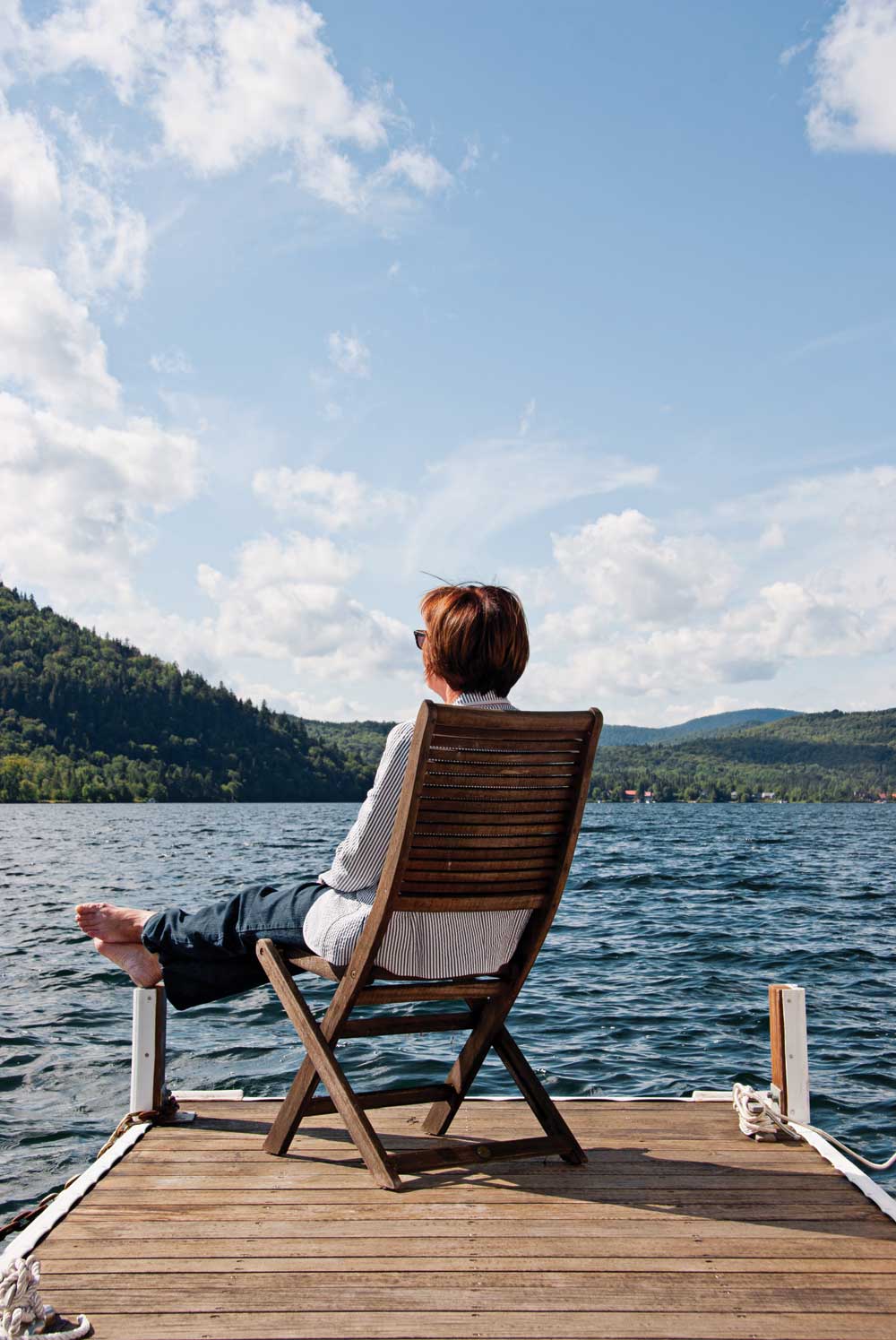 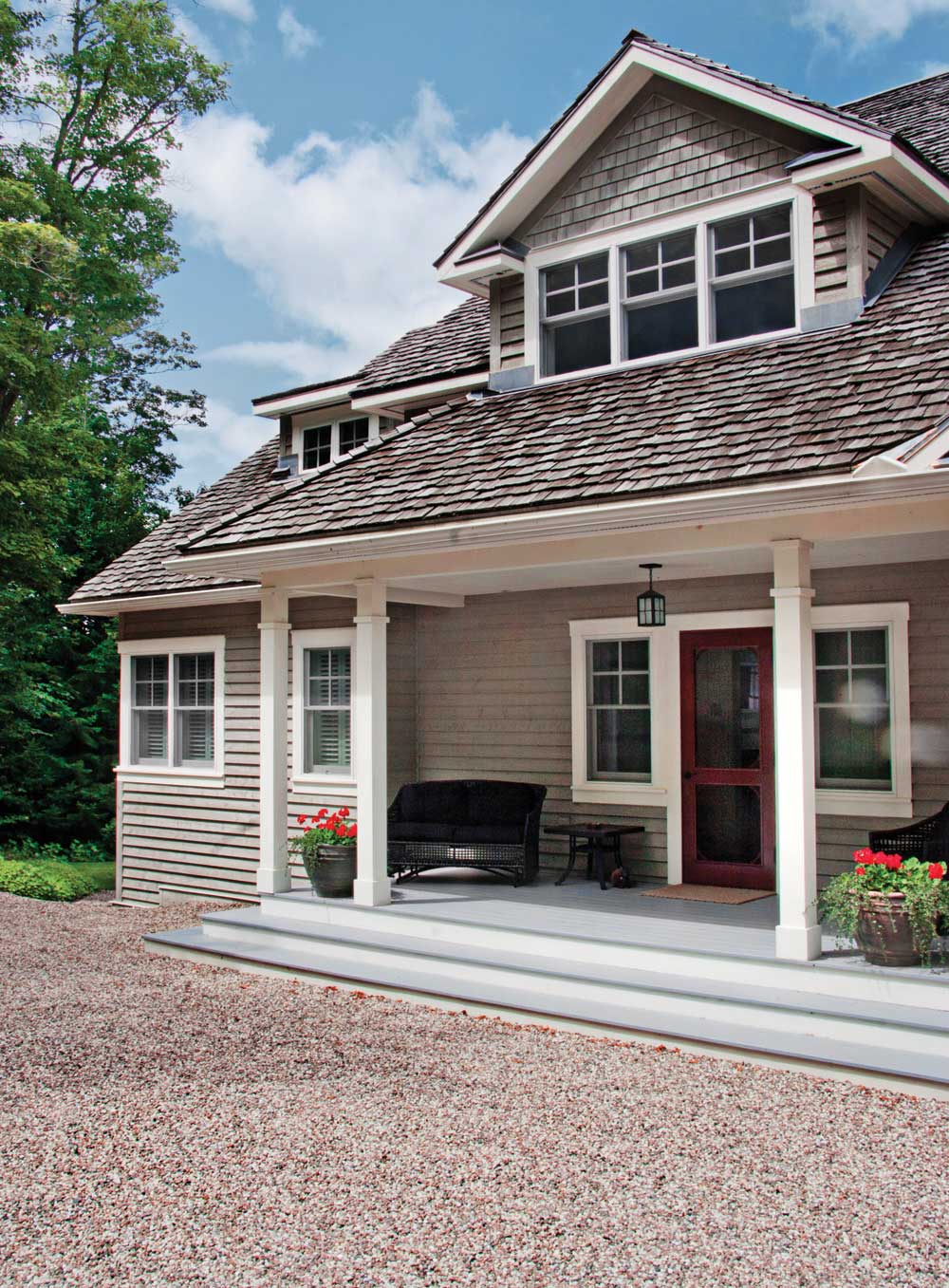 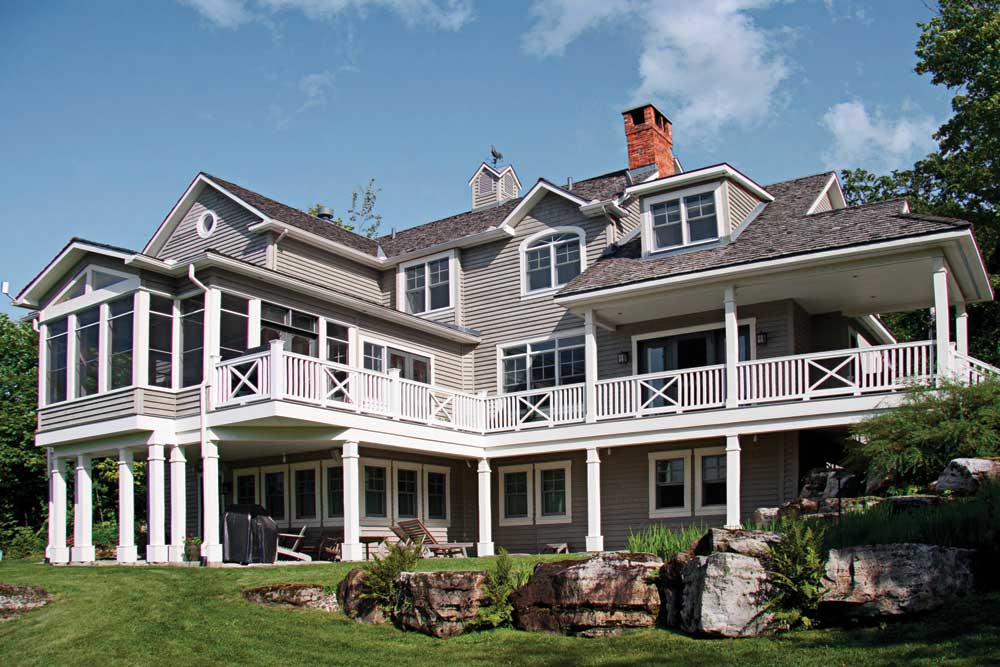