Between Land And Water

Nestled between road and river, the Saint-Ignace house creates a distinctive experience with unique scenery, allowing the surrounding landscapes to be enjoyed. Quietly revealing the St. Lawrence River, the house provides a contemplative nature experience from within. It opens up onto and magnifies the surroundings, its architecture working with the landscape. 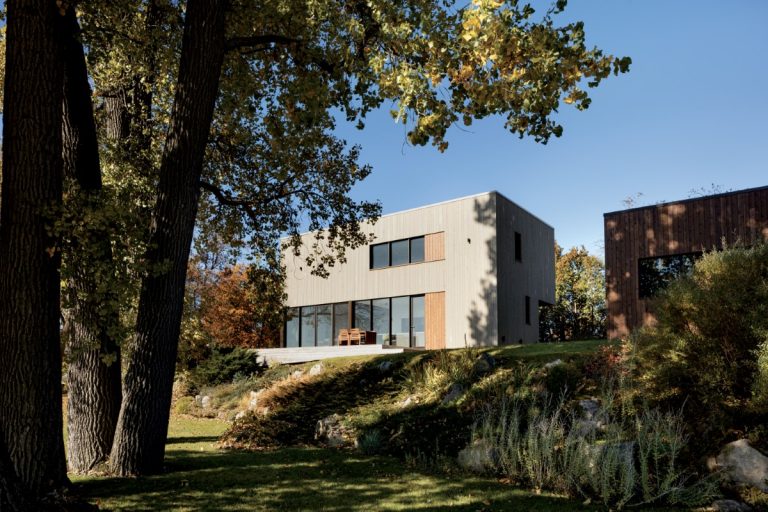 Located between two industrial hubs, Saint-Ignace Island is a natural stopover for locals. Steeped in island traditions, its residents enjoy taking advantage of the river’s proximity in their daily life. The Saint-Ignace house sits along a road bordered by farmland and the St. Lawrence River. Rippling along the banks, the road sometimes gives way to narrow strips of land stretching between land and sea. It is in one such stretch that the house project is found, in line with the surrounding landscape. The residence offers a place of respite between the movement of life on land and water.

The site is naturally separated from the road by a series of mature trees; access is designed to maintain this natural screen. Past this strip of vegetation, the river remains hidden from view despite its proximity. Eyes are drawn instead toward a thicket of black poplars, thanks to the strategic positioning of the residence’s two pavilions. Thus, the beauty of the site’s vegetation is showcased, to be taken in upon arrival, without the gaze moving too fast toward the water.

The house has been set back to maximize the green space while obstructing direct views of the neighbourhood. Cars cannot be seen from the residence, making it possible to separate the outdoor bustle from the calm of private living. At the heart of the project, a terrace serves as a means to access the house and brings together the two pavilions. It also helps frame the surrounding vegetation while placing the St. Lawrence River in the background.

A PATH TO REVEAL THE RIVER

A cutout from the main volume marks the entrance to the residence, creating both a visual cue and a functional shelter from the weather. The entrance’s dark stained, grooved cedar siding extends from the outside to the inside to bring together and highlight different spaces in the project. A long corridor leads to the living room, providing a quick glimpse of the river in the background. The surrounding landscape is revealed discretely, drawing just enough attention to prepare visitors for the show to come.

The open area on two floors is where the curtain lifts, finally showing the river in all its glory. The generous bay windows do more than frame the landscape, they let the sheer immensity of it all spill into the house. The clear ceilings and absence of partitions amplify this sense of space and magnitude. One with the wide-open river, the living room bay window looks over the landscape, providing a view on a different scale sharpened by the proximity and unique characteristics of the vegetation. The two openings toward the outside, placed on either side of the space, allow for communing with the surrounding landscapes.

The house has been set back to maximize the green space while obstructing direct views of the neighborhood. 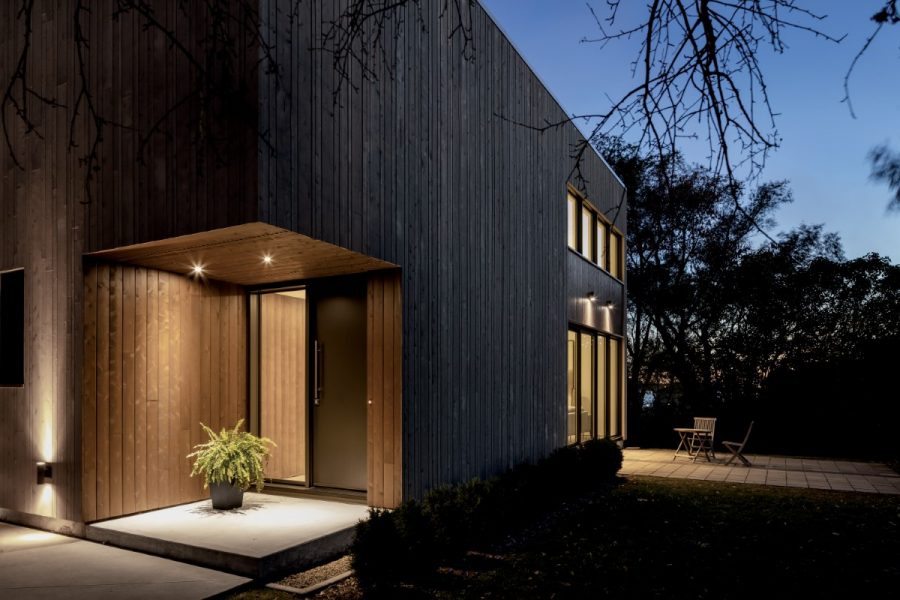 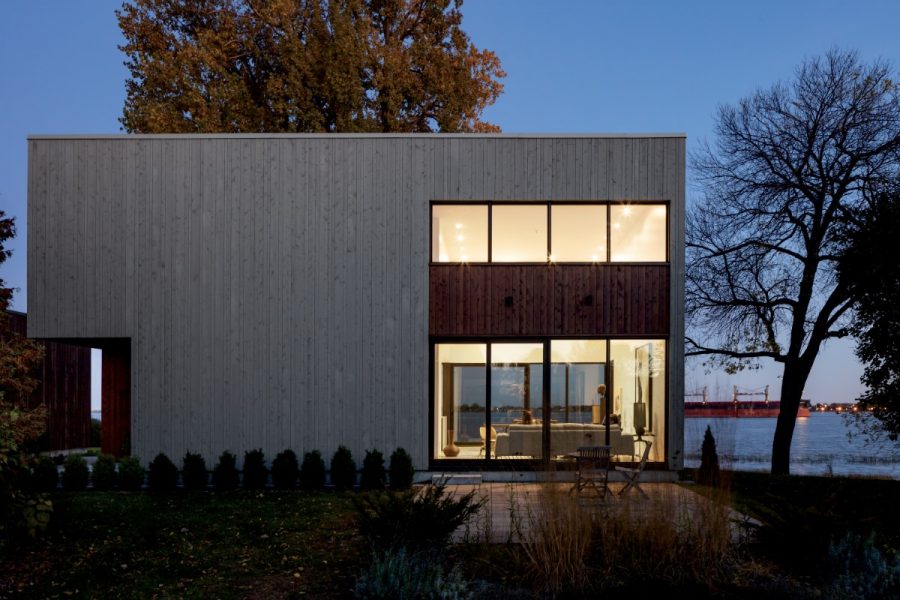 The outdoor terraces each offer enjoyment of the nearby scenery in their own way. The terrace bordering the living room is focused in on the site, offering more privacy and seclusion. The terrace next to the dining room and kitchen opens up onto the mighty St. Lawrence River. It provides an ultimate view, without distractions, of the constant movement on the seaway. Despite being positioned on opposite sides of the main pavilion, each terrace benefits from the qualities of the other—while retaining their unique identity—thanks to the transparency of the openings.

The residence is covered by cedar slats of two distinct shades. Grooved and dark slats are found both inside and out, but they are recessed on the outside. They are like the building’s skin, which the second shade of slats covers, acting as a thicker, outer shell. Different widths are used to vary the shell’s texture, suggestive of the tall, neighbouring trees. The cedar slats will evolve over the years, slowly, like boats gliding on the river. The second pavilion, which hosts an artist’s studio, is covered in dark slats, as if it were necessary to remove all the protection covering it to express itself freely in the manner of an artist. 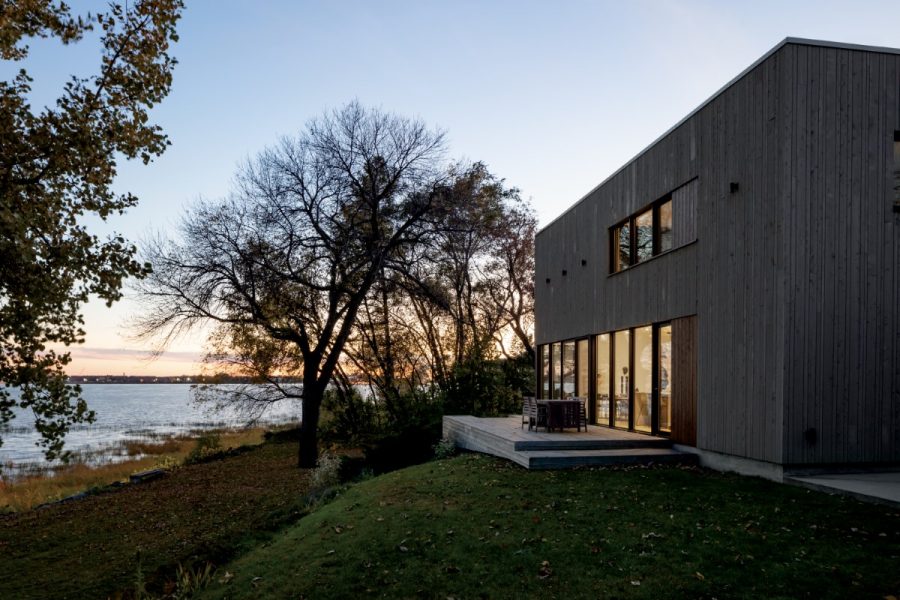