When is a serial entrepreneur not a born entrepreneur? For Alan MacIntosh, raised in Scotland, and armed with a degree in Offshore Engineering from Heriot-Watt University, Edinburgh, the first career decision was multinational: “I was absolutely thinking about which ‘cool company’ I wanted to work for, as it wasn’t in my ‘DNA’ to wonder, what business do I want to start as an entrepreneur?”

Alan joined oil exploration giant Schlumberger, emerging technologies ignited his life-long passion for innovation. Following an MBA at INSEAD, he joined Hewlett-Packard and was soon exposed to HP’s continuous M&A activity, leading to an offer in corporate development in Palo Alto in 1989, and a chance meeting with Charles Sirois, then Chairman of BCE Mobile. At the time there were only 7 million mobile users worldwide and HP was developing prototypes for GSM, the global standard for mobile. Sirois had a vision for mobile and MacIntosh recalls the epiphany, “Once you cut the wires, this was going to provide liberty and a great democratizing effect on communication around the world. And today, there are 7 billion mobile phones in use!”

In 1990 Sirois returned to his entrepreneurial roots with Telesystem, and Alan moved to Montréal to create Telesystem International Wireless (TIW). Over the next few years he expanded TIW mobile operations to eight countries. In 1997, he moved to sister company Microcell to cofound GSM Capital, the first global venture fund dedicated to wireless. A wave of new start-ups, new skill sets, and new possibilities followed in quick succession, including investments in Saraïde, Jetcell, and Paypal.

Today, Real Ventures, operating at the convergence of wireless and the Internet, is Canada’s largest and most active seed fund, with 44 portfolio companies and $55 million under management. As co-founder and partner, Alan shares that the recipe for success is more than access to capital: “My partners, John Stokes and JS Cournoyer, and our whole team are incredibly active in the community. We’re about more than just investing, we’re building an entrepreneurial ecosystem here, to really raise Montréal’s game and to ensure that Québec and Canada are hitting big in the economy of the future.”

In a world driven by technological change, entrepreneur-led innovation drives economic growth and Alan wants to ensure that local talent is enabled and emboldened to win its share of the action. Entrepreneurship flourishes in communities where ideas are freely exchanged and resourced at the seed stage, and greater intensity yields greater success. Alan had witnessed the synergistic impact of accelerators like the ‘Lucky Building’ in Palo Alto – startup home to Paypal and Google, situated in close proximity to the legendary venture capitalists in Sand Hill Road. His vision was to establish a vibrant ‘go-to’ facility for aspiring entrepreneurs, to create new businesses, and to grow the concept to ‘campus’ scale: “If you know nothing about start-ups, where do you go? How do you meet others, find your business partners, throw out your ideas, trade experiences and contacts, fall into serendipitous meetings … and be surrounded by people all doing similar things? That’s where collaboration begins and how you get ideas to coalesce. We absolutely know that it works”.

In 2009, with John Stokes and Bruce McNiven, Alan established the OSMO Foundation named in the spirit of peer learning by ‘osmosis’. After three years of advocacy and pilot demonstration, the dream turned blueprint. Public and private sponsors were solicited and like-minded leaders recruited to buy and renovate the Notman property in Montréal. The 1845 Notman House, home to iconic photographer William Notman, was designated a protected site in 1979, but had fallen into serious disrepair. Today Notman House is in late stages of a $7M reconstruction, and poised to become a nexus for entrepreneurial energy, the creation of novel and disruptive technologies, and vibrant economic growth. The complex will house a public café, a home for early stage investors, formal and informal work, event, and presentation spaces, and 25 offices for start-ups, where founders can build out fledgling businesses and serve as role models for others. “That’s what we’re missing. We need homegrown Mark Zuckerbergs that young people can relate to … It mustn’t seem like the dream only happens in Boston or the (Silicon) Valley. We can do it here.”

A tenet of Alan’s philosophy has always been to give back. He is President of the OSMO Foundation, a founding sponsor and Director of the Mobile Giving Foundation serving global charitable organizations, and a Trustee on the Board of the McCord Museum. A man of many passions – life-long skier, avid cyclist, schooled enthusiast of the legendary elixirs of the Isle of Islay for which the Scots are justly famous – finally, his deepest passion lies in the promise of people: “The (rewarding) thing is to inspire people and support them to undertake big endeavors. We want to ensure that our investors realize exceptional returns, but the real thrill is to see what people can achieve… Exposing the importance of entrepreneurship, creating new jobs, being a dynamo to the economy. That’s what I want to do in Montréal and Canada. I get a real buzz out of that.” Walk down Sherbrooke Street any day past the offices of Alan MacIntosh, and you’ll surely hear the buzz rising up out of Notman House! 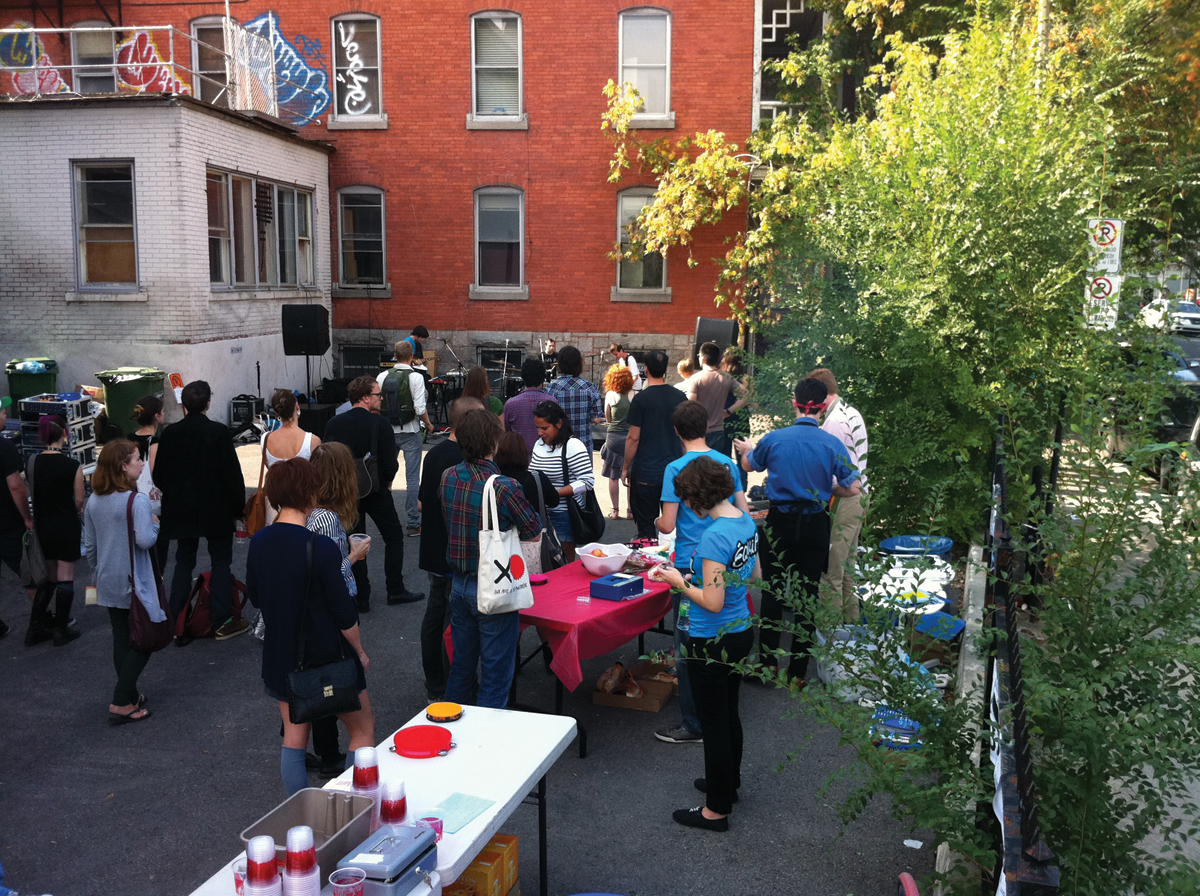 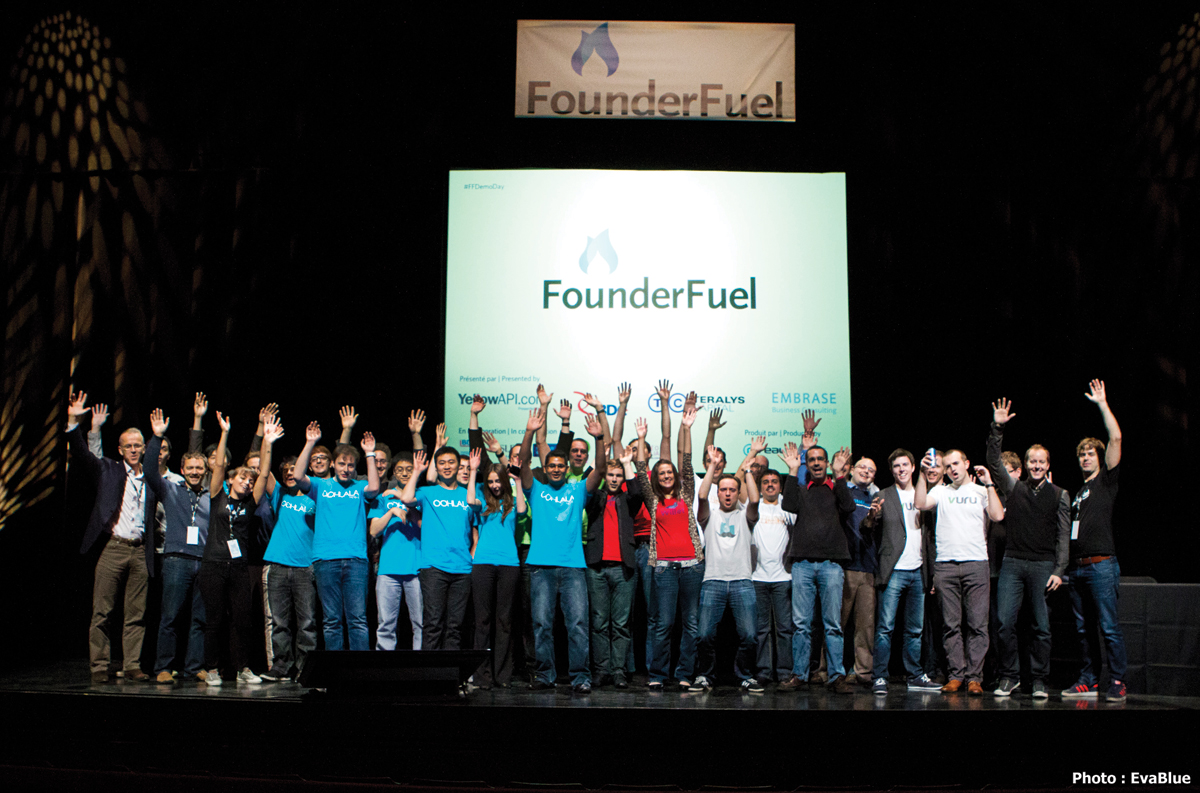 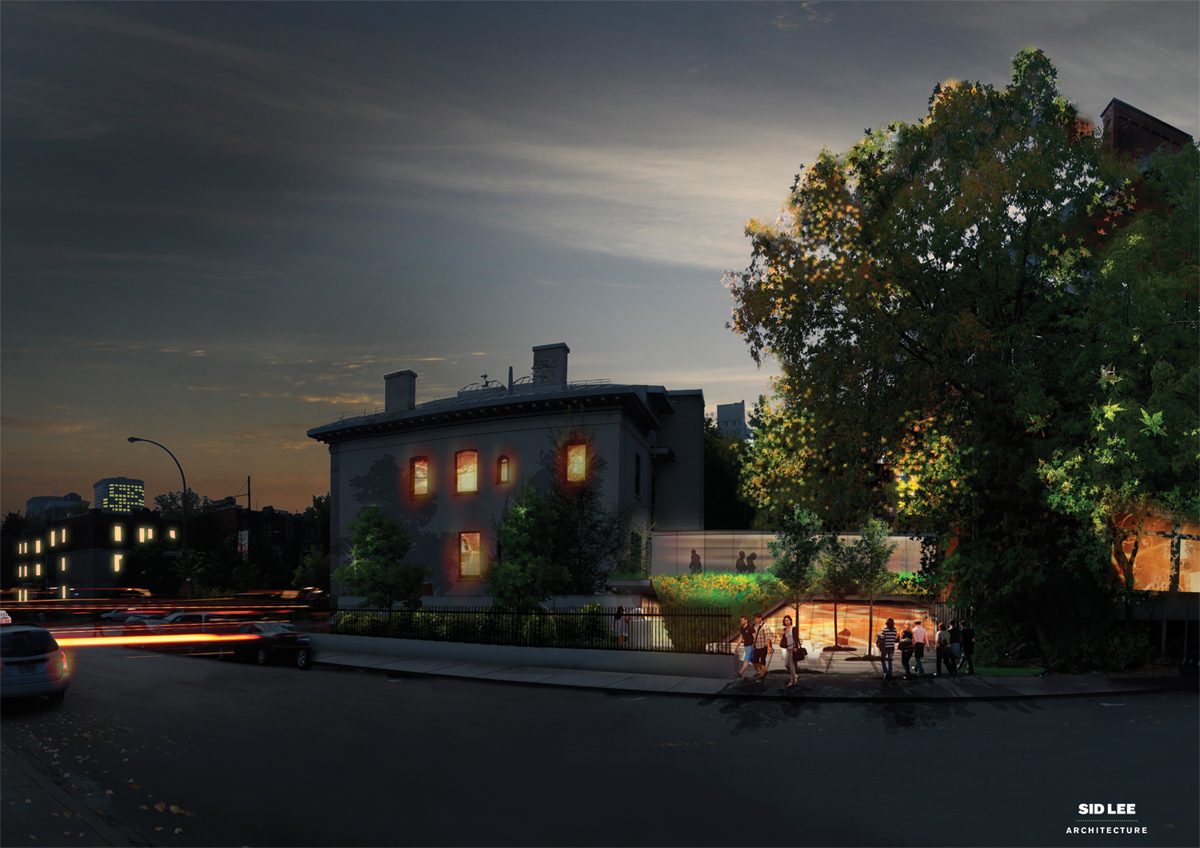 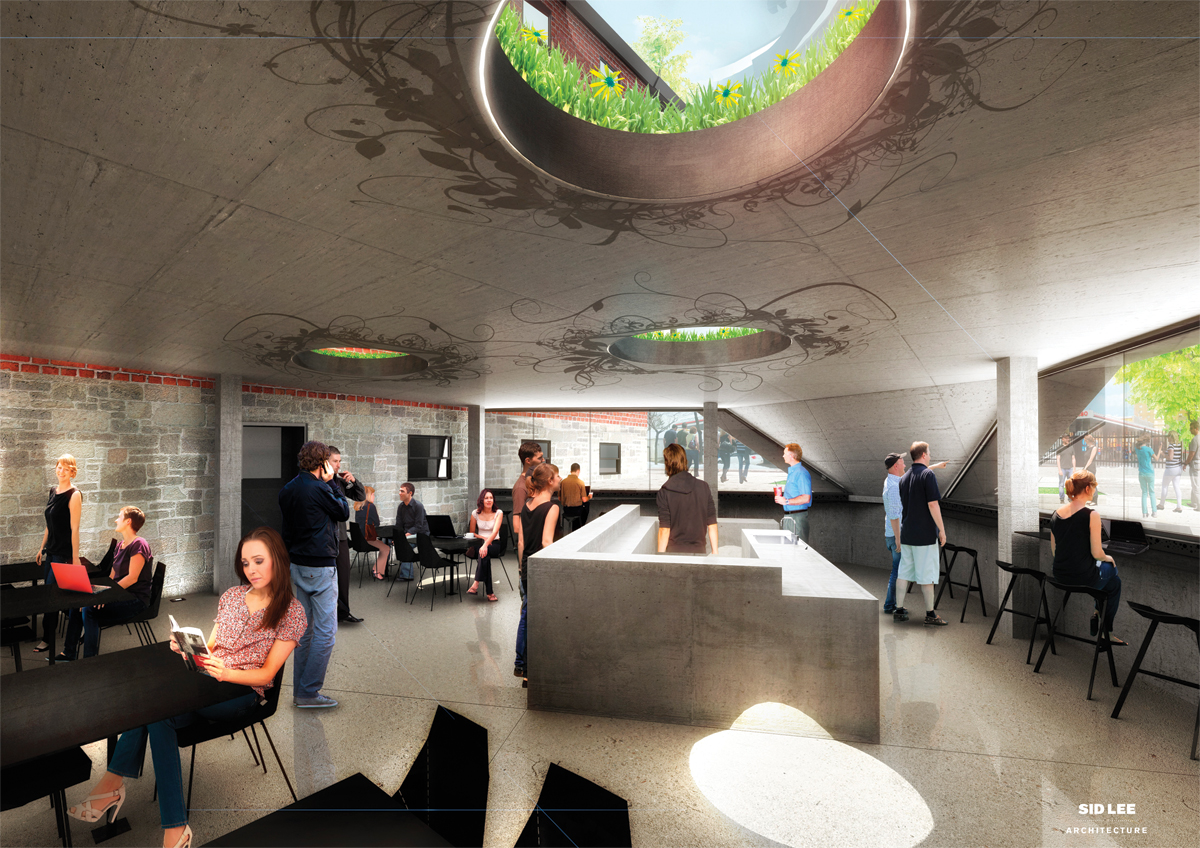 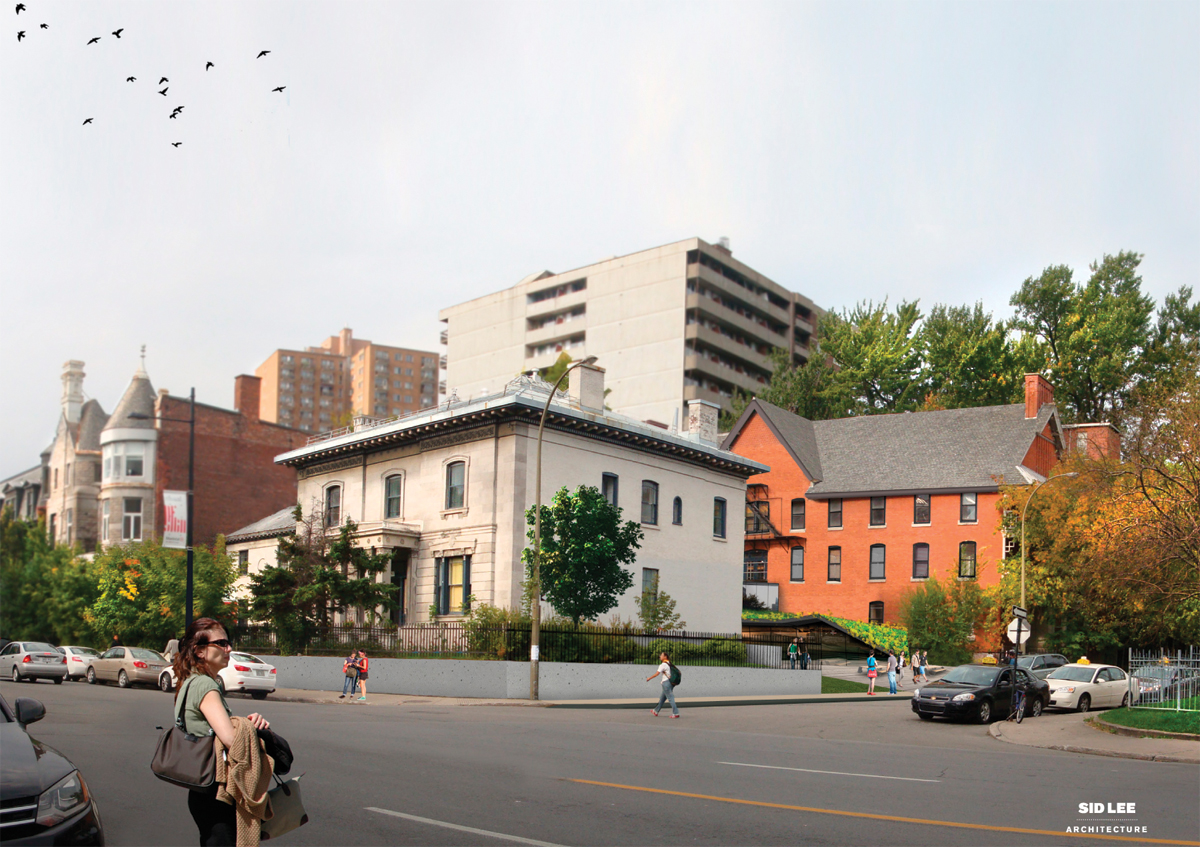 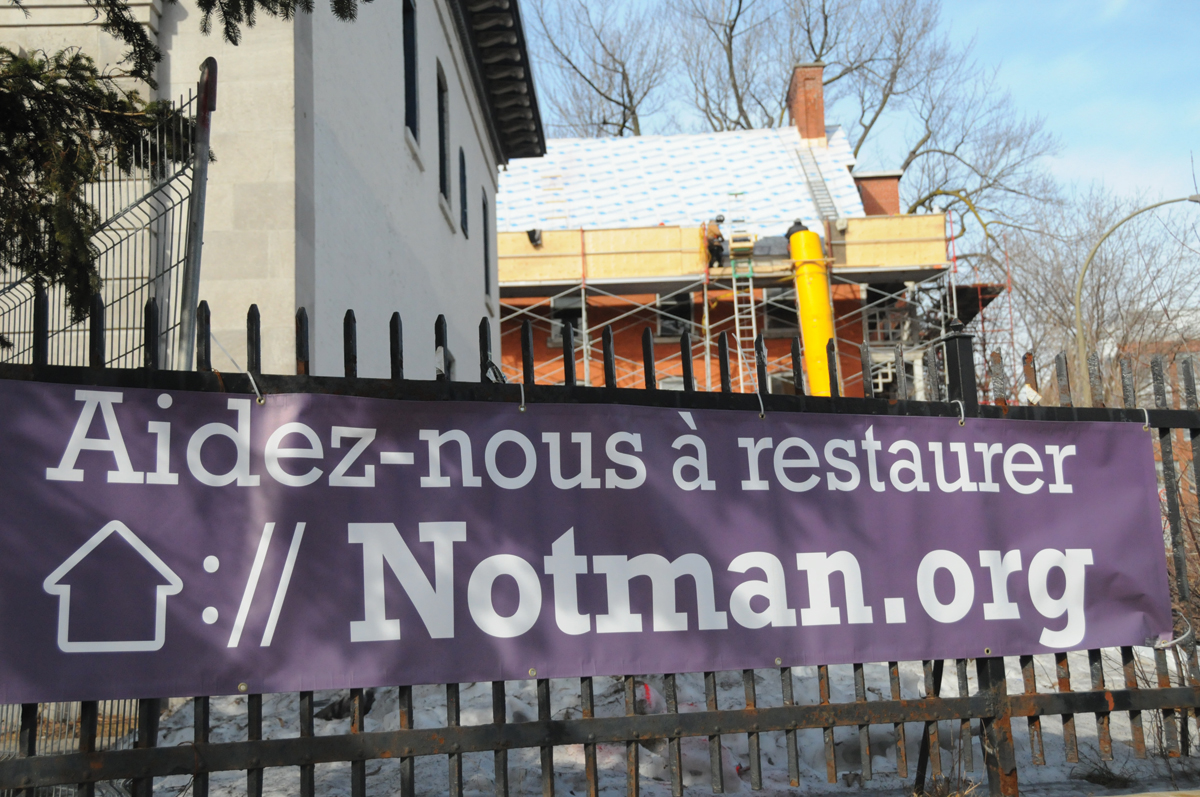 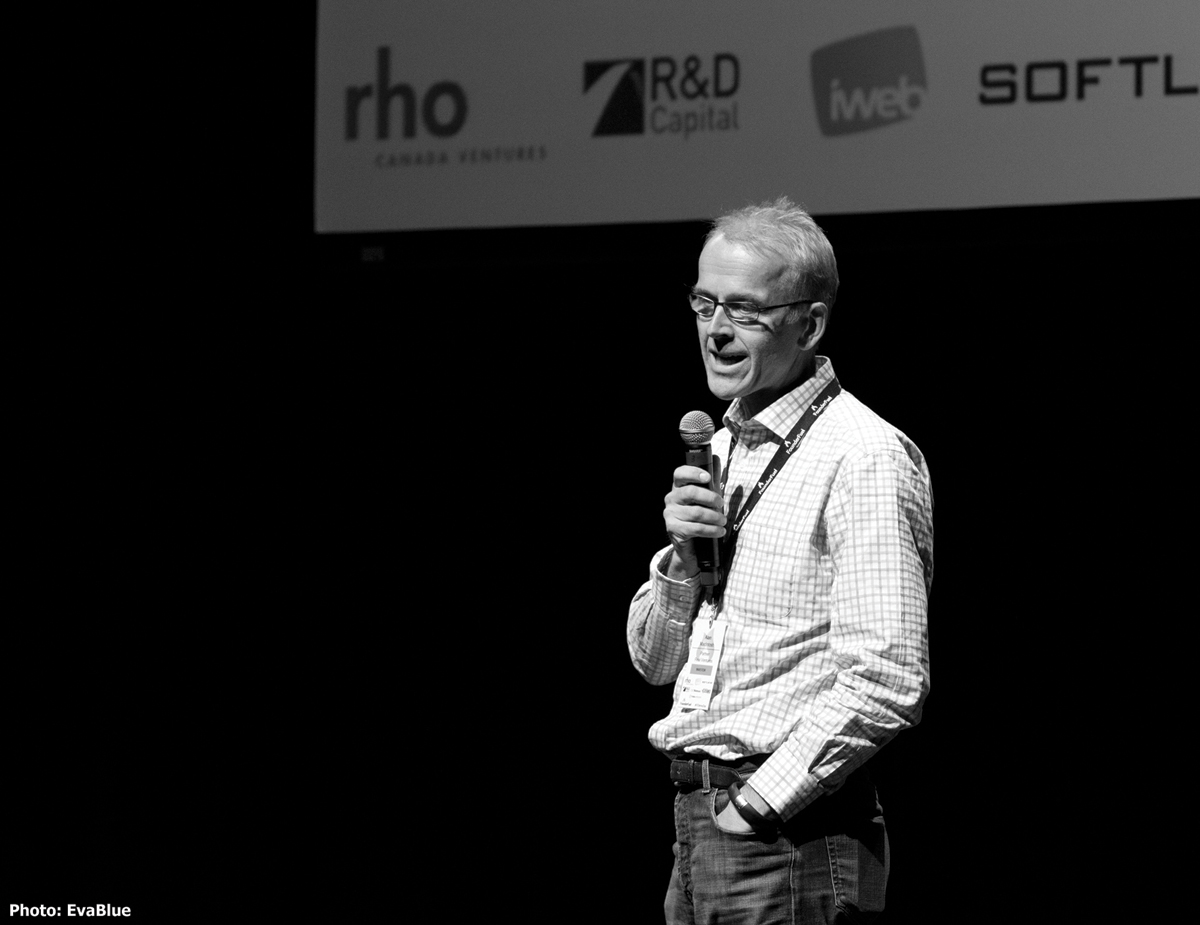 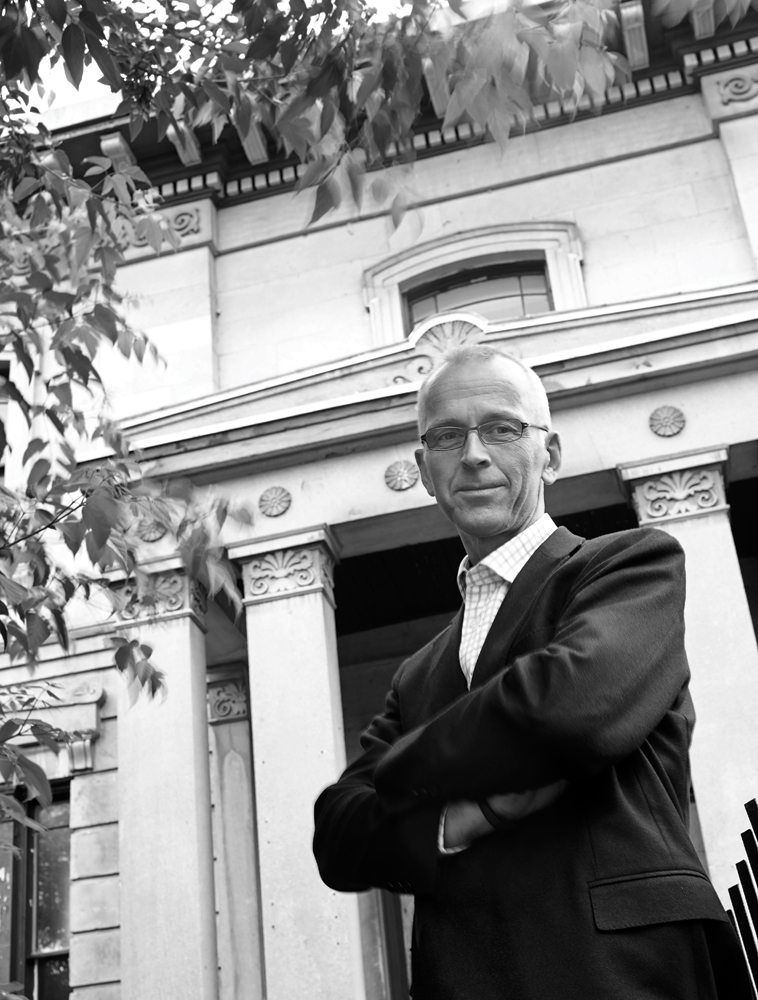 Thierry-Maxime Loriot: Seeing with the Heart 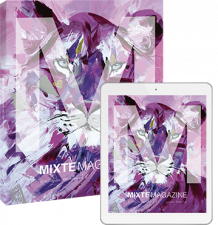