Designer, TV host, and businesswoman Ginette Lorrain put her hands to work on a house with a classic Cape Cod style exterior.

Ginette lives with her husband Olivier and son Francis in this residence in a city on the North Shore. The property features English landscape gardens and conceals a majestic old tree near which the house was built seven years ago. The owner has built a two-tiered terrace from on-site harvested cedar! And she designed a garden with meticulous care in which grows several varieties of heirloom tomatoes (some as large as a melon!), including a black variety. One can find Ginette’s vegetables at the butcher shop she has recently opened with her son in Rosemère.

Originally, the interior was shaded in brown, ochre, and orange, designed in a ostentatious manoir style. Ginette covered all of this with white (warm and cool tones, and gray), to produce a seaside look. She also opted for certain organics, using natural wood, and featuring fabrics such as linen. Upon entering the house, the creativity and boldness of the designer is apparent: the walls are covered literally in clocks, six in total! The floor, done in Montauk slate sets the tone for an American east-coast vibe, but the decorative Mini Crystal inlay adds a degree of difficulty to the work. Identical materials used in the kitchen, but in different ways, took a month of work to complete, due to the challenge of thickness and incompatible cuts! The same attention to detail was given to the wood floors. To ensure consistency with the New England style theme, Ginette wanted to have driftwood colored floors. She worked for over eight hours doing tests with the colorist at Carpette Multi Design to achieve the desired shade.

Little remained of the old kitchen, save a few newly lacquered cabinets. But many appliances were added, as Ginette is a cook who likes to entertain. Her organic vegetable garden allows her to concoct certain dishes, some of which can be found at her new place of business. Here and there we see her vegetables adding patches of colour, something she admires in décor. Here, freshly picked cherry tomatoes are beautifully placed on the island. Elsewhere we find impressive white cucumbers that have turned orange. Only the ephemeral adds colour: plates from Mexico and Morocco shine bright. Souvenirs from Ginette’s travels were also part of the tour. For her, a denuded décor felt a little cold. So, hello happiness!

In the solarium adjacent to the kitchen, rattan armchairs (Jardin de Ville) flank a European blond oak table, right next to a Québécois-style armoire. And a crystal chandelier with pendants hangs above all, in a maritime atmosphere.

Confident in her style and taste, Ginette can afford to change the colour of the house while maintaining the original features, such as the stair’s wooden and wrought iron railing. Furniture and objects chosen with care and framed in a general theme provide a pleasing result, even if it’s a simple photo mounted on a frame … bought at IKEA. Throughout, the rooms are shrouded in a calm and reassuring atmosphere. A simple sophistication. A welcoming décor. Just like the owner. 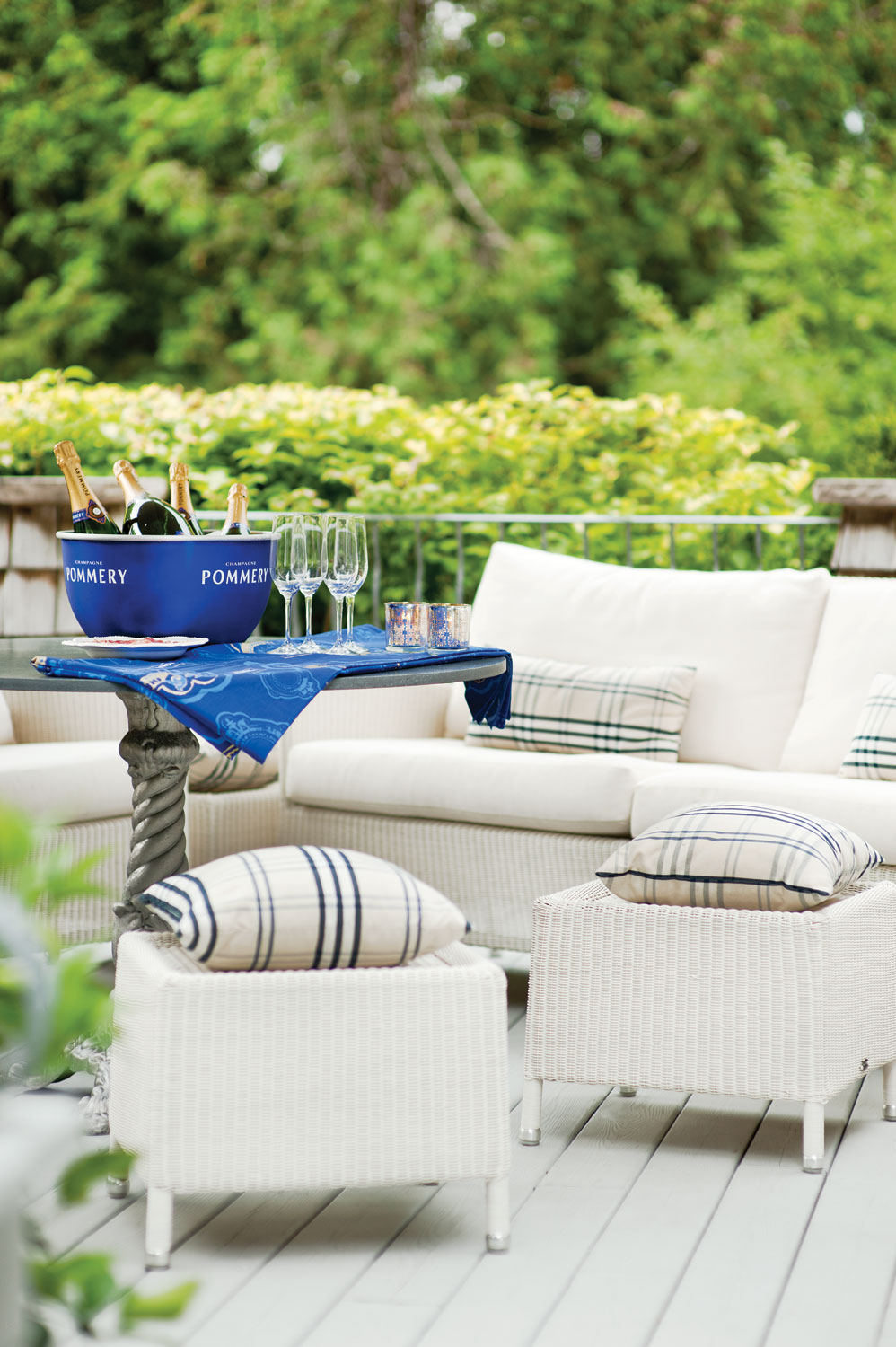 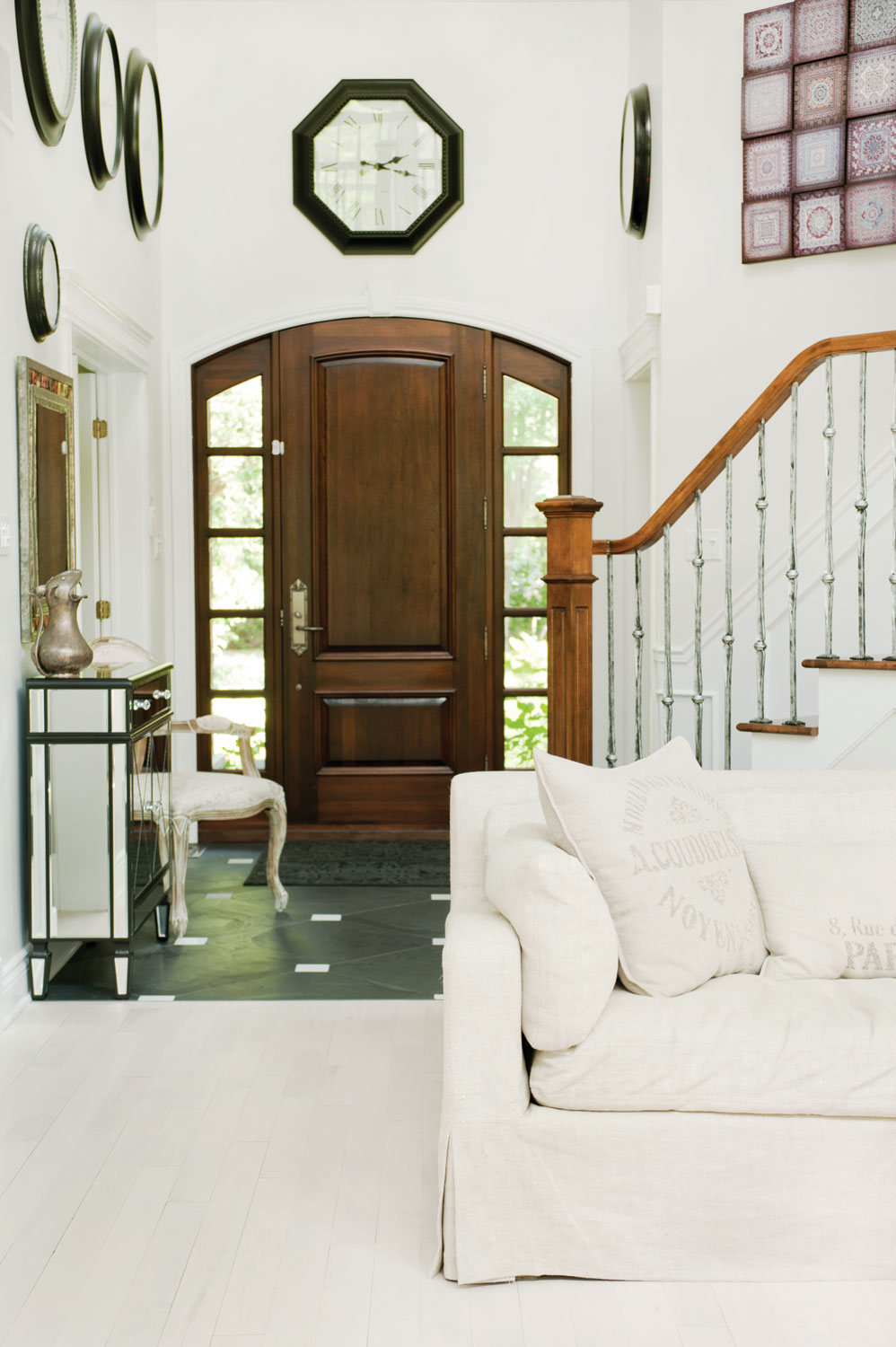 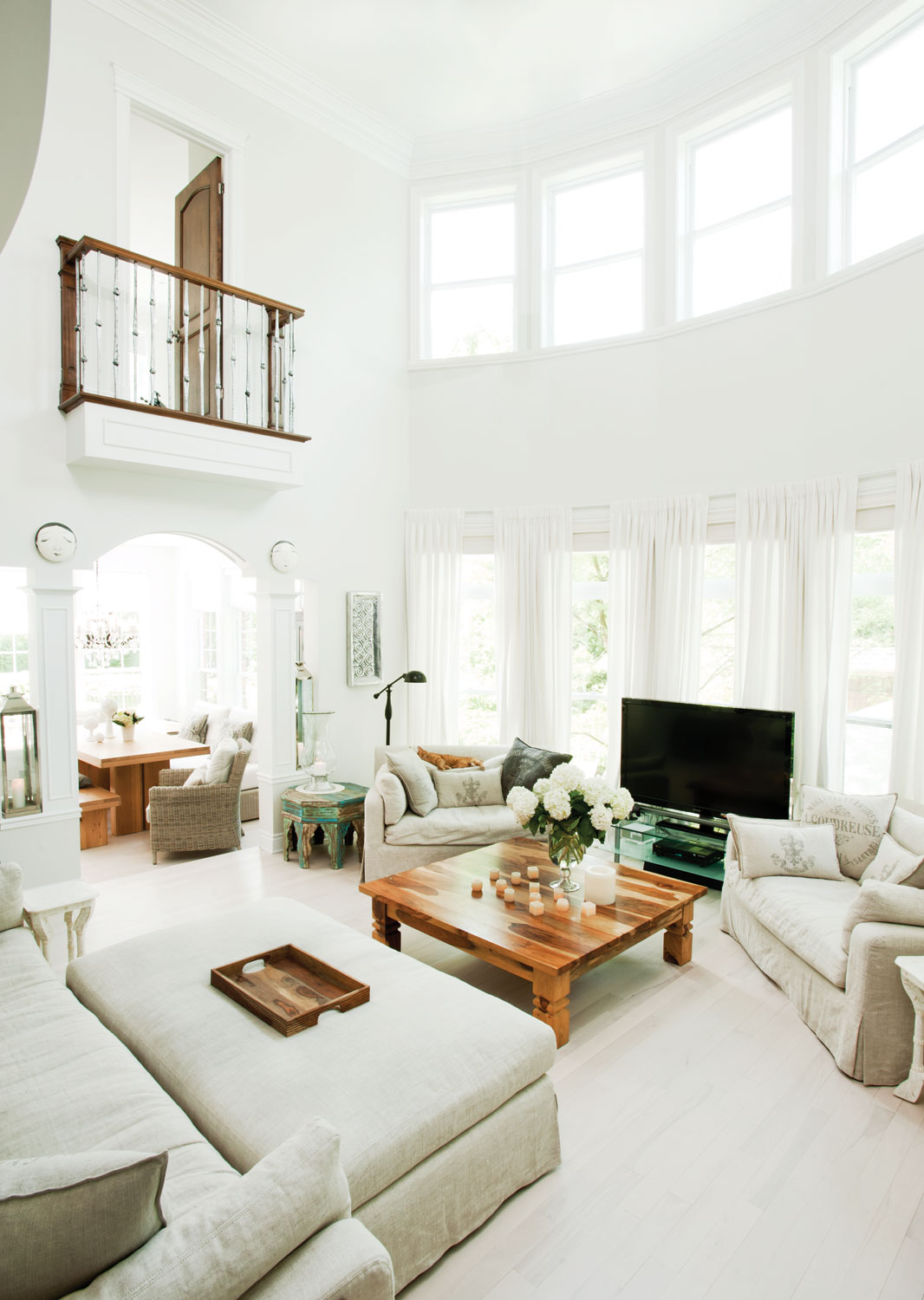 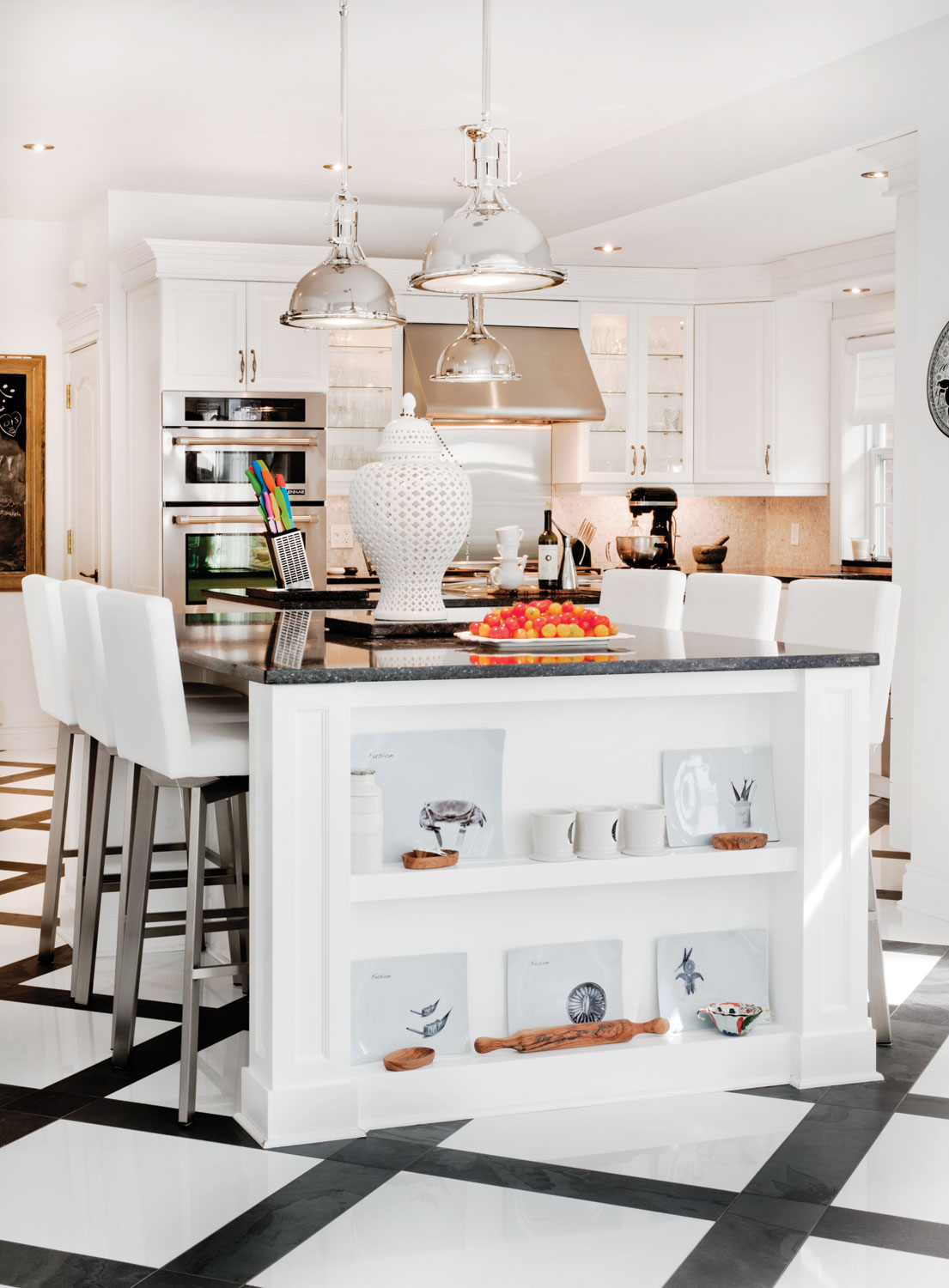 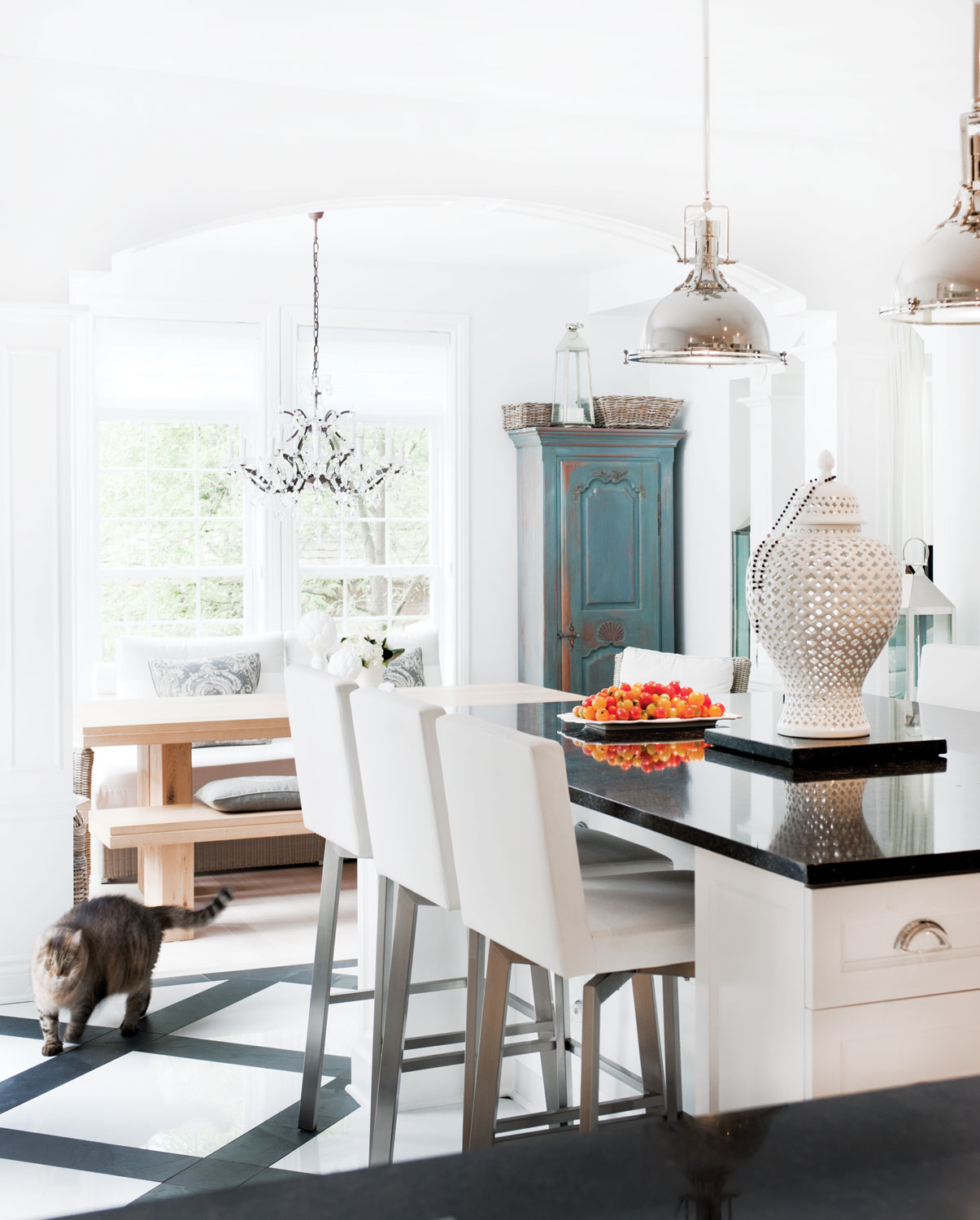 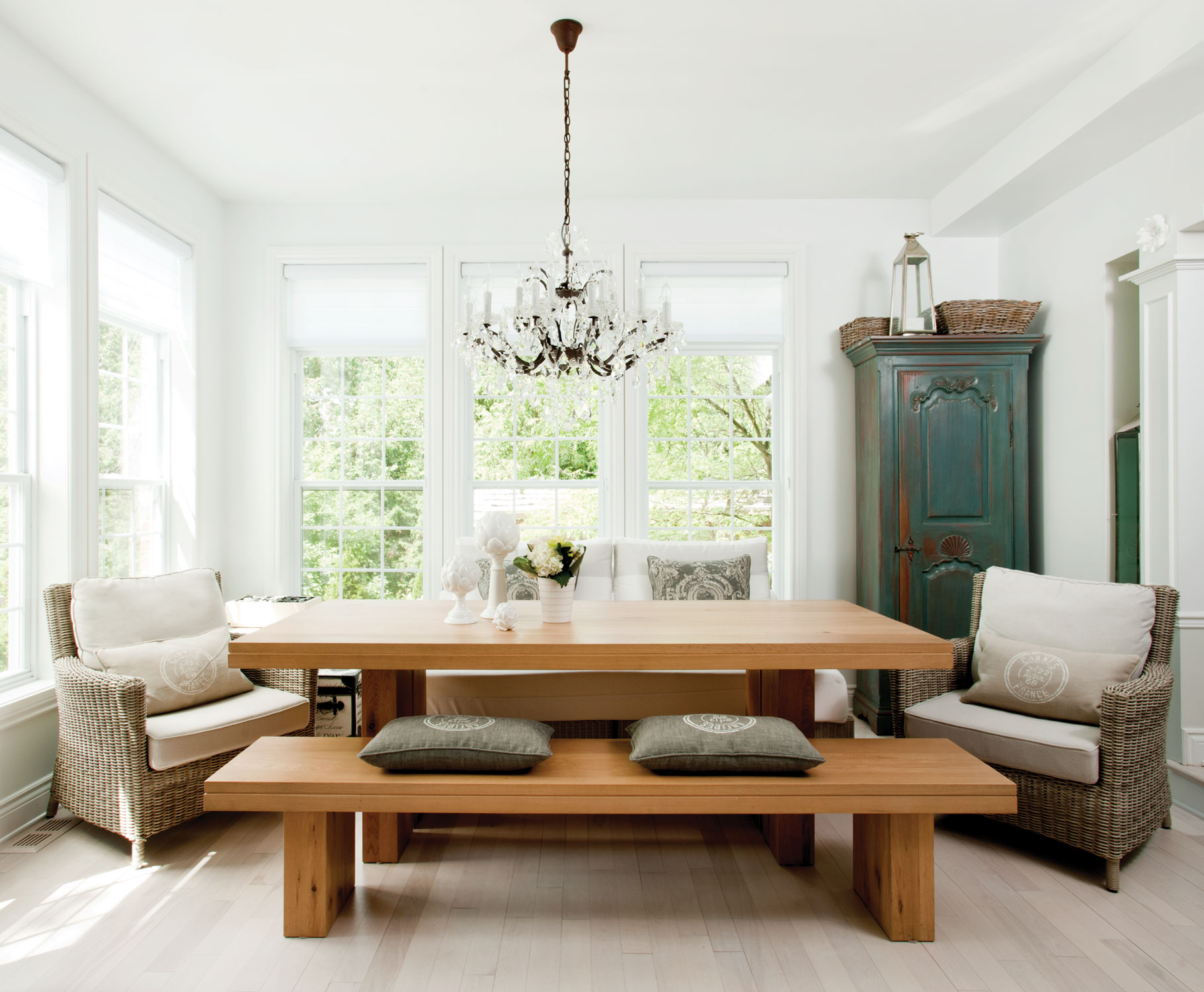 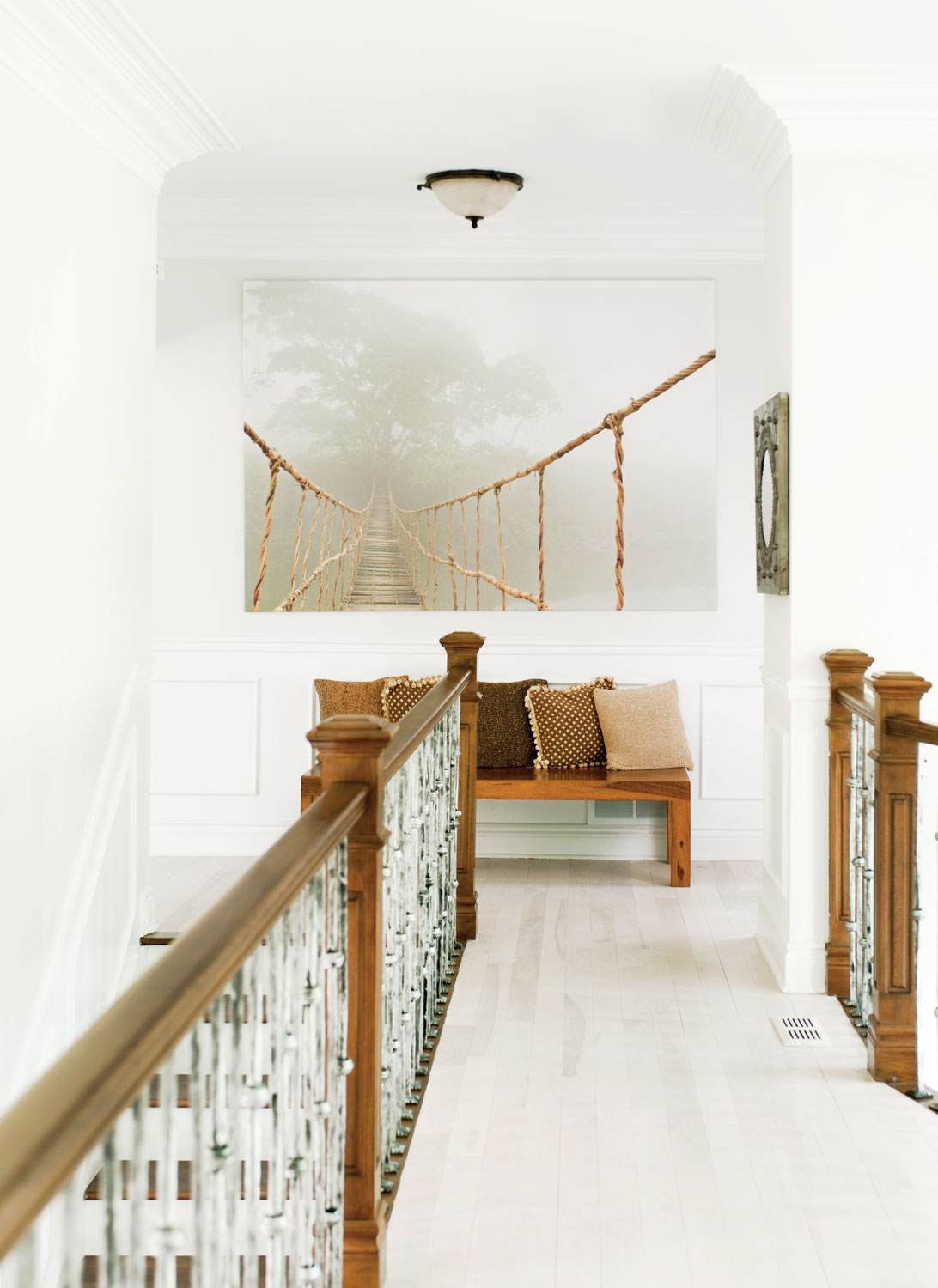 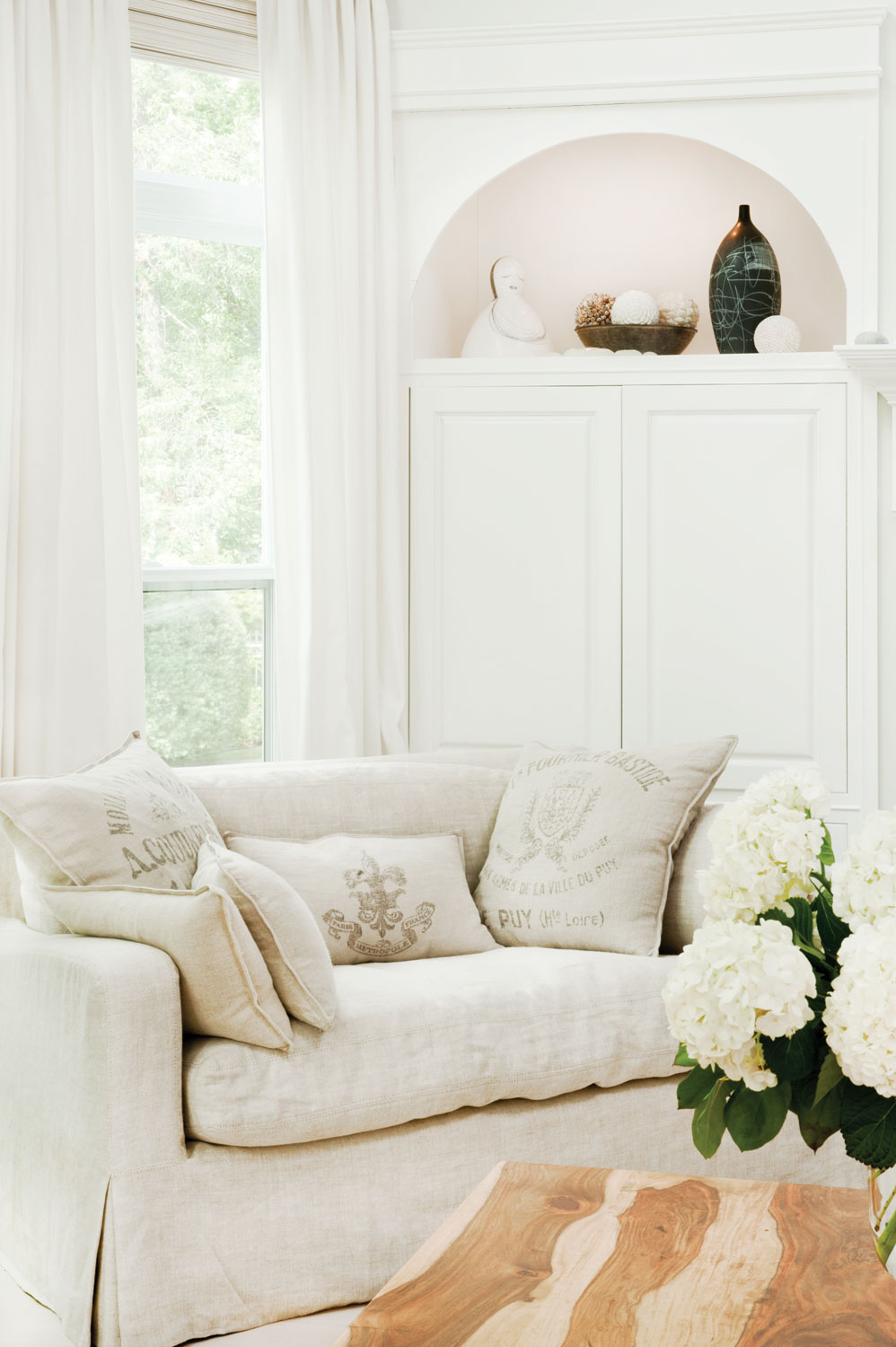 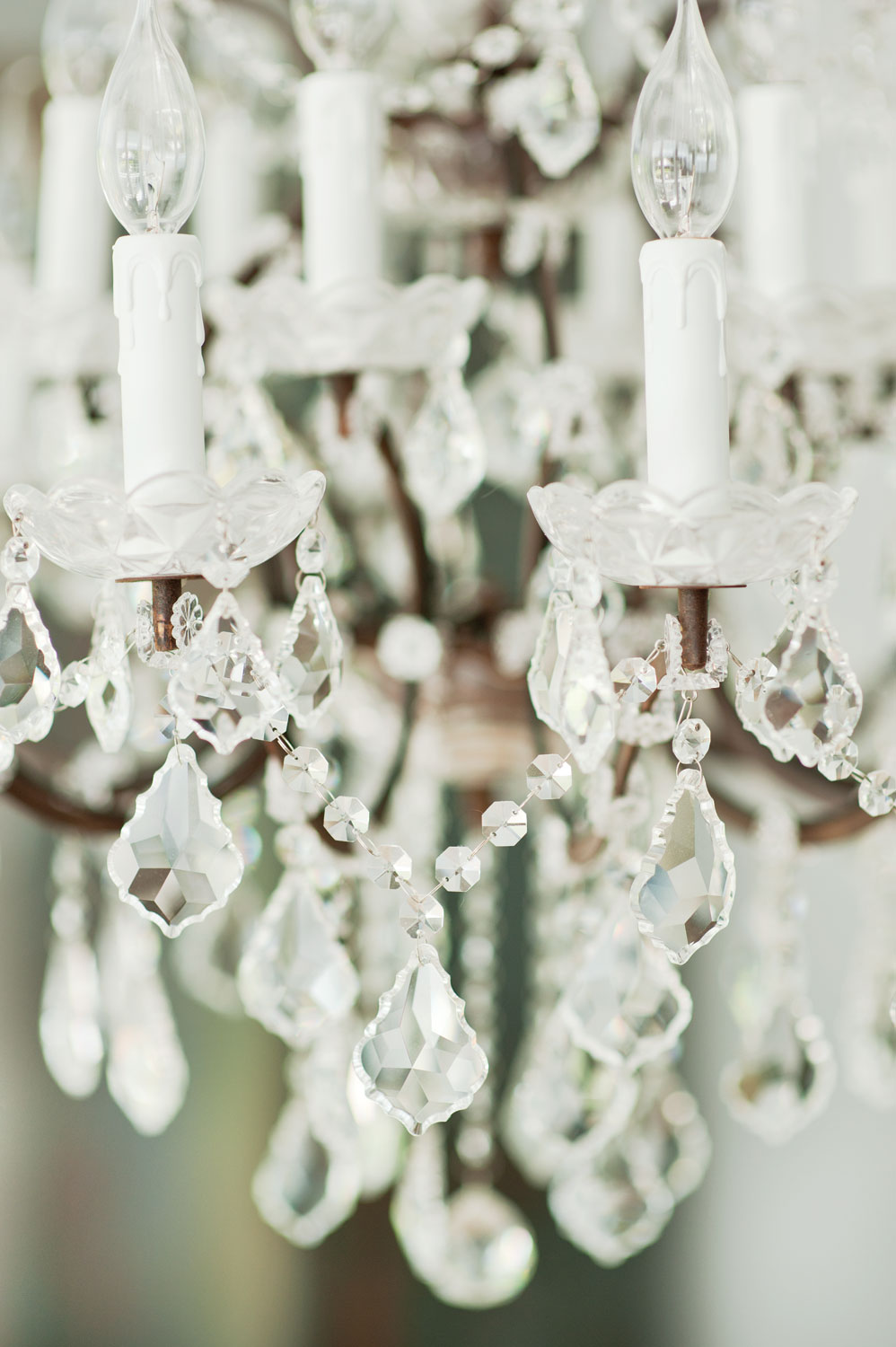 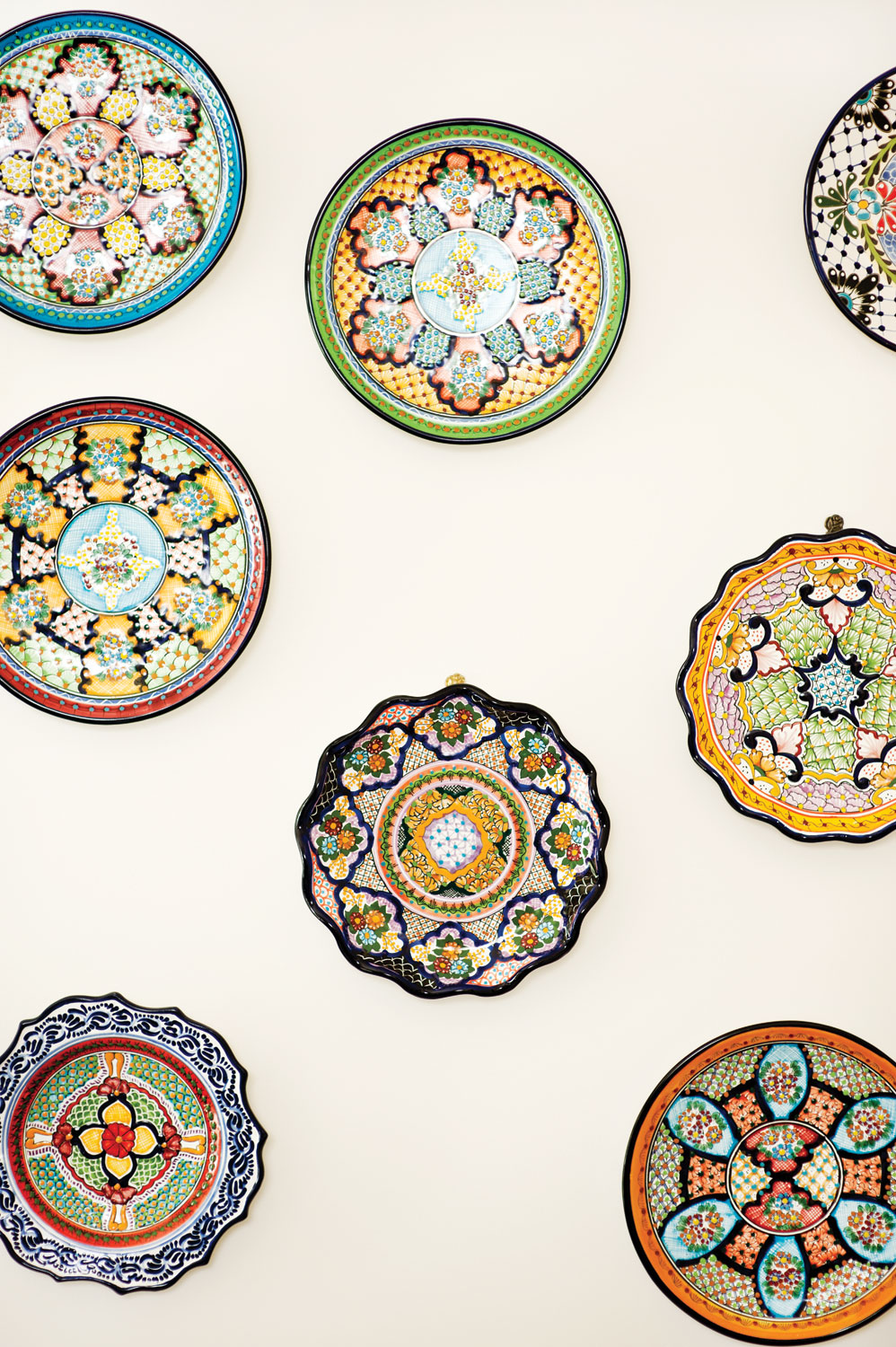 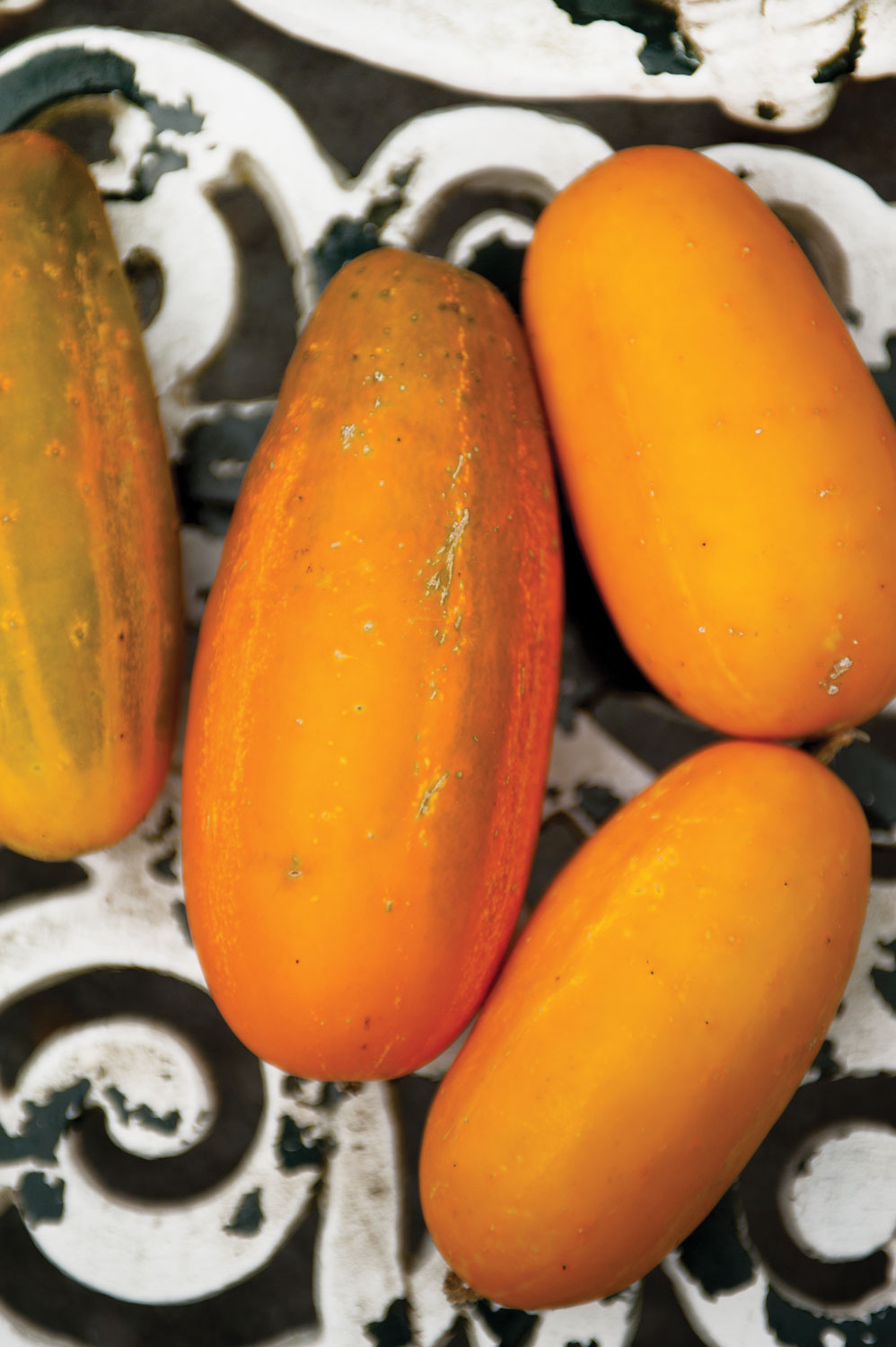 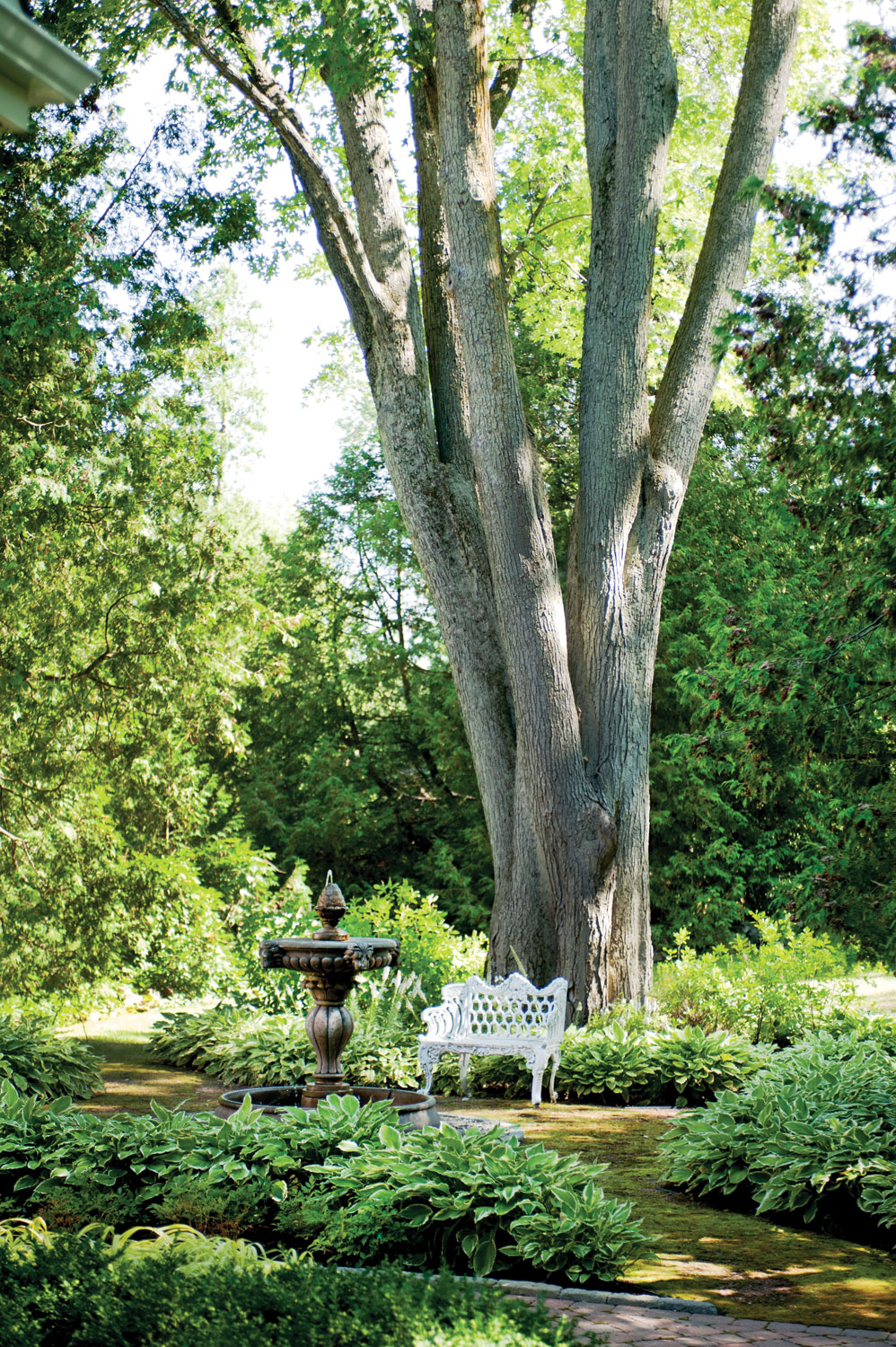 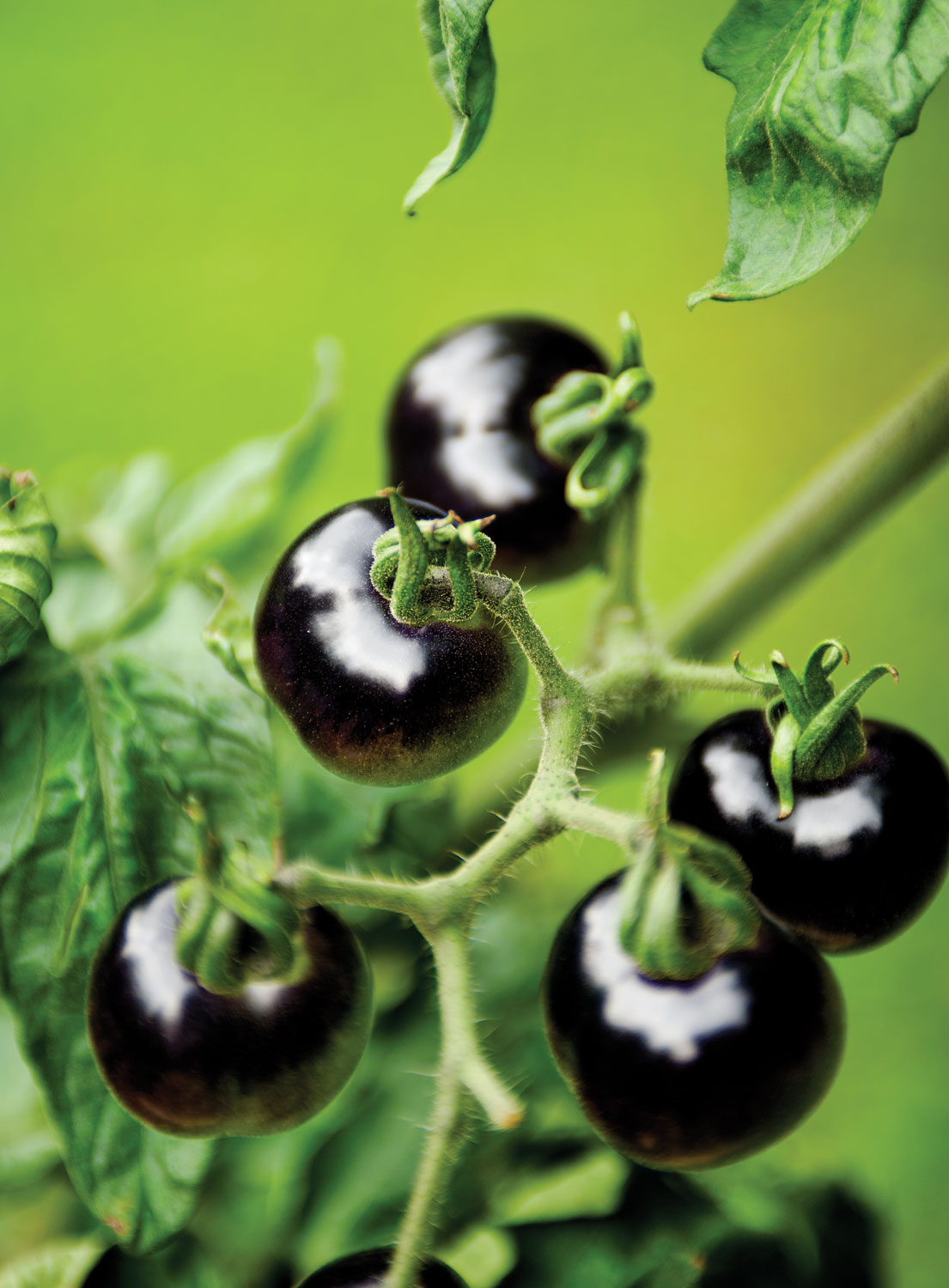 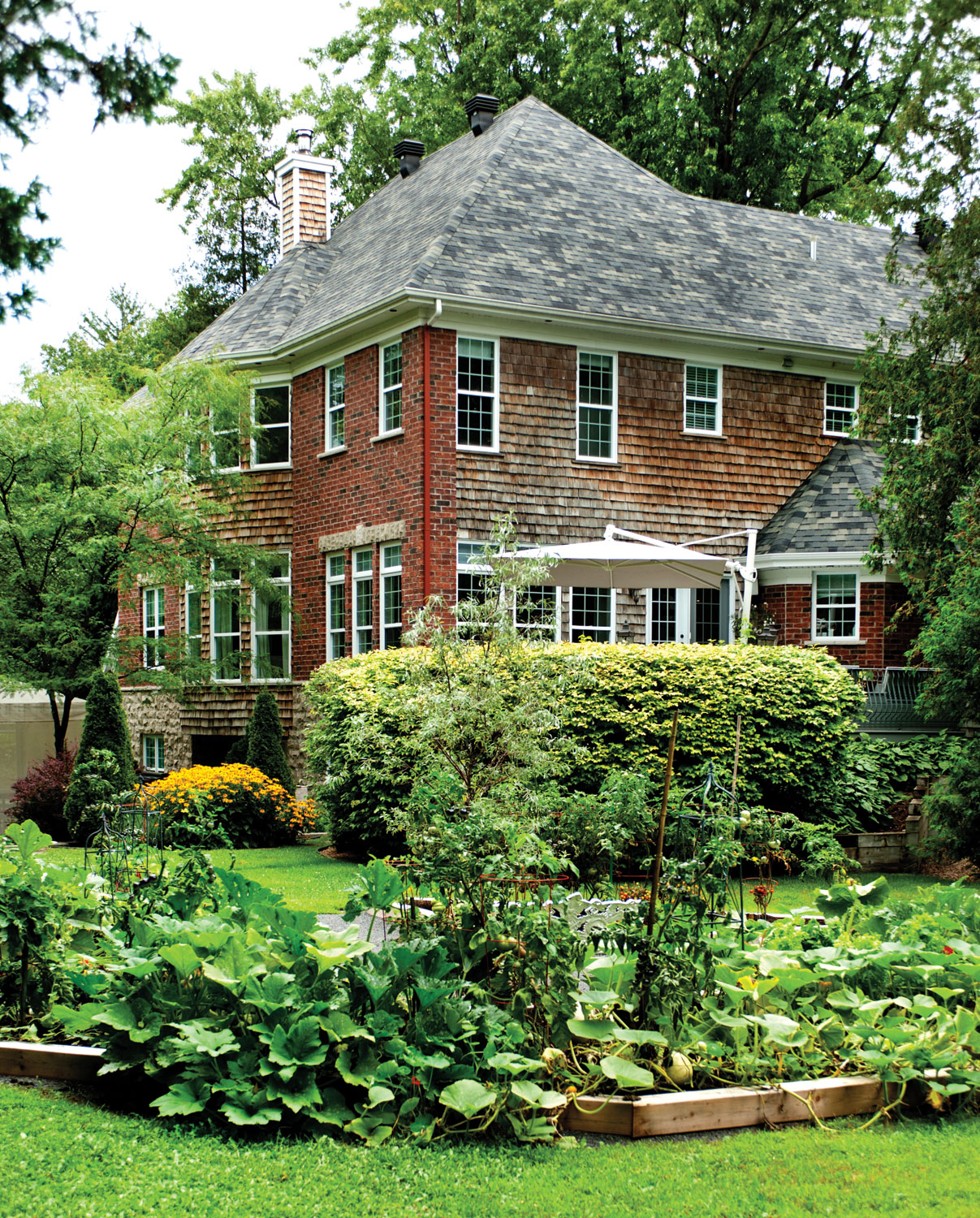