TIFFANY RANKS AMONG THE MOST PRESTIGIOUS OF AMERICAN COMPANIES. THERE ARE OTHERS CERTAINLY WHICH HAVE AMASSED ENORMOUS WEALTH OR ARE INTERNATIONALLY RECOGNIZED, BUT NONE SHINES BRIGHTER NOR SHARES A RICHER HISTORY. FOUNDED BY CHARLES LEWIS TIFFANY, THE FAMOUS BRAND THIS YEAR CELEBRATES ITS 175TH ANNIVERSARY

On September 14, 1837, Charles Tiffany opened his shop for luxury goods in the heart of New York City, at 259 Broadway; the day’s receipts: $4.98. In 1845 he was the first to introduce to America the mail-order catalogue; upper class items sold by post included horse wips and French sugarplums! The House of Tiffany offers an array of silver products and was the first to institute the 925/1000 silver standard, a standard later adopted by the United States. During the Civil War, Tiffany extended its expertise, manufacturing ceremonial swords for prominent generals. It would not be the last foray for the company into custom orders for military, political or sporting use. Congressional medals, White House china, currency, jewelry for the First Lady, even the famous Vince Lombardi trophy, awarded to American football Super Bowl champions, are all the work of Tiffany & Co.!

In the late nineteenth century, Charles Tiffany consolidated his reputation as a jeweler of unequalled reputation. In 1878, he bought a 287-carat yellow diamond which he cut and called the ‘Tiffany Diamond’. The jewel was not for sale, but served to dazzle store crowds. He did it again a few years later with the acquisition of the French crown jewels. No wonder that Charles Tiffany is recognized as the King of Diamonds. He went one better in establishing a tradition that still holds today: the engagement ring! The classic diamond solitaire engagement ring that lovers still exchange today was introduced by Tiffany & Co.

In the field of luxury goods, packaging is of paramount importance. Tiffany understood this edict well and launched another idea that has endured and inspired other retailers: the Tiffany Blue Box. With every purchase, the item was encased in a well-appointed blue box with hinged lid. This has become an icon of taste, elegance, exclusivity and flawless craftmanship. The sight of the blue box to this day arouses feelings of anticipation.

Design has always occupied pride of place in the history of Tiffany. In 1902, the first director of design was the founder’s son, Louis Comfort, a name synomynous with Tiffany stained glass. As a decorative artist Comfort is best known as a master glassmaker and the American artist most associated with the Art Nouveau movement known worldwide! Other famous artists contributed to the prominent New York design house. Paloma Picasso (daughter of the Spanish painter), Parisian jewelry designer Jean Schlumberger, Canadian architect Frank Gehry and the Italian designer Elsa Peretti have all signed collections for Tiffany. Other famous personalities have been associated with this prestigious brand. The artist Andy Warhol once designed Christmas cards for Tiffany & Co. A host of actresses have been seen on the red carpet wearing Tiffany jewelry: Natalie Portman, Angelina Jolie, Jessica Biel, Claire Danes, Anne Hathaway… But Audrey Hepburn was the first to be photographed on a film set aptly titled ‘Breakfast at Tiffany’s.’

The expertise of the brand in its field is such that Tiffany holds a patent for a particular cut of diamond called, Lucida. In 1926, the U.S. adopted Tiffany’s standard of purity for platinum, set at 95%. One example after another of the company’s dominant and avantgarde standing. And what’s more, diversified. In jewelry, Tiffany makes bracelets, brooches, necklaces, rings and earrings. In this category, it clearly excels in cutting diamonds. In watchmaking: watches for women and men. In accessories: sunglasses, handbags, silk scarves, door keys… Perfumes as well. And tableware, from pitcher vases to bowls, glassware, platters and plates! Not to mention gifts of every description for lovers, newlyweds or anniversaries, babies or businessmen. For every $65,000 ice bucket, one can still procure jewelry under $250. With the famous blue box a bonus.

Tiffany has proven a diversified brand always marked by a consistency in craftsmanship, elegance and good taste. Its first 175 years suggest an equally glorious future. Much to the delight of followers of beauty. 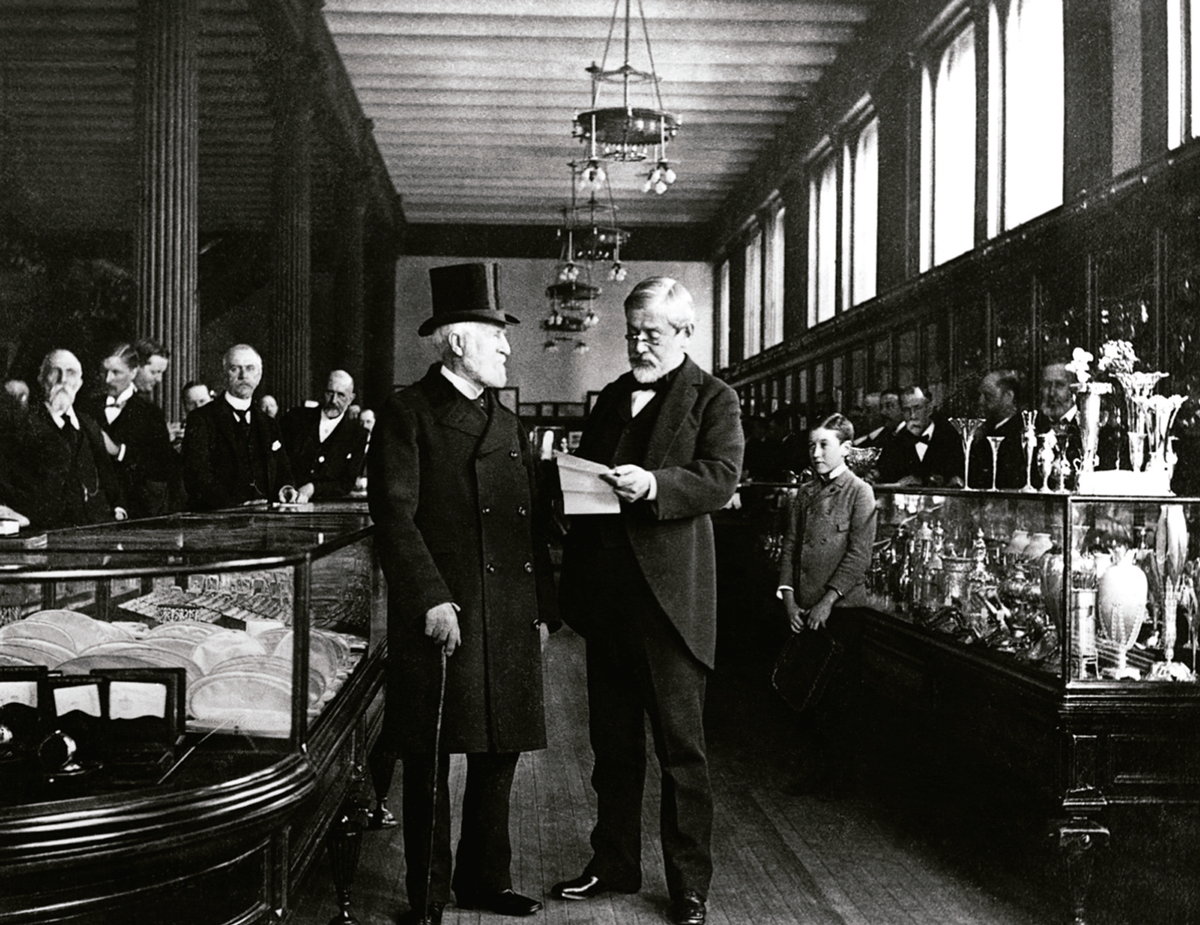 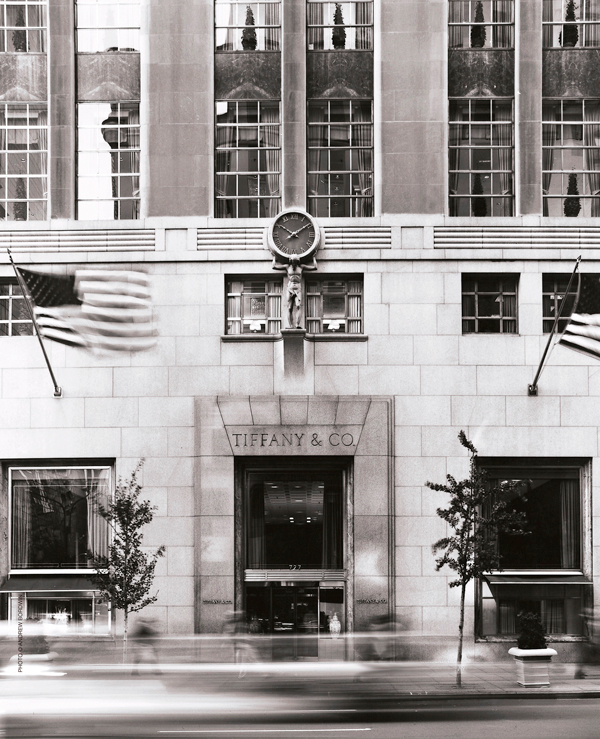 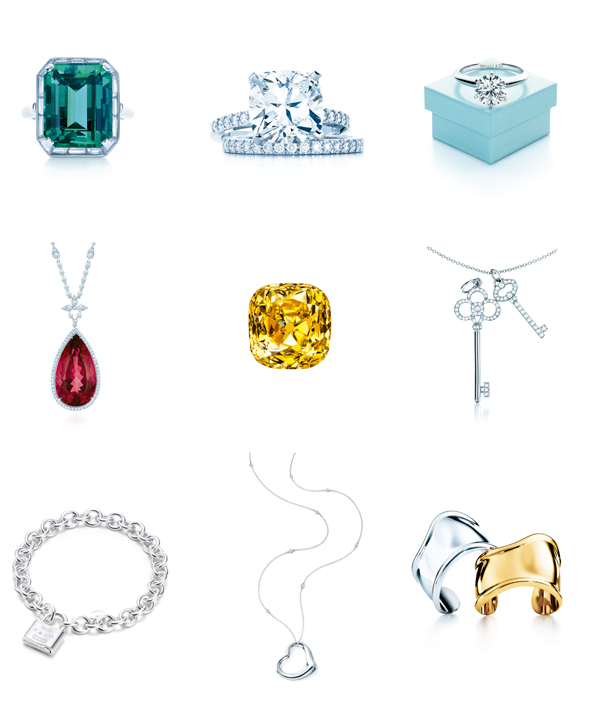 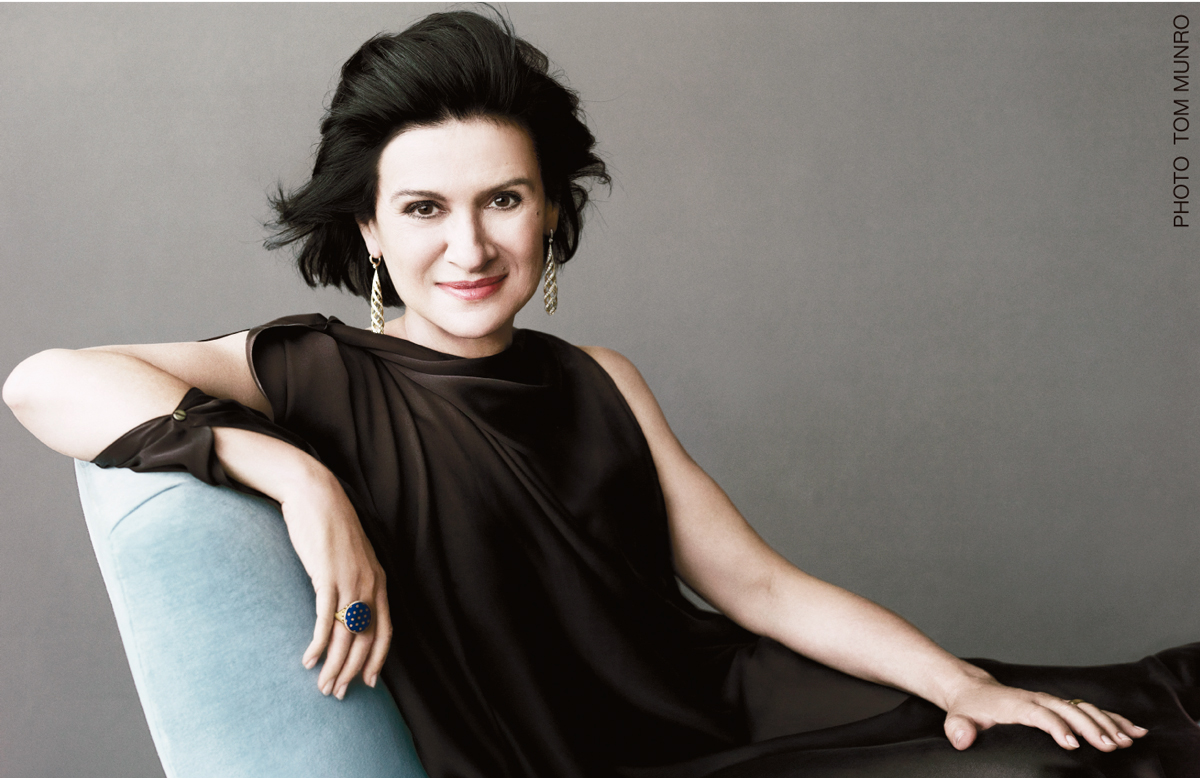 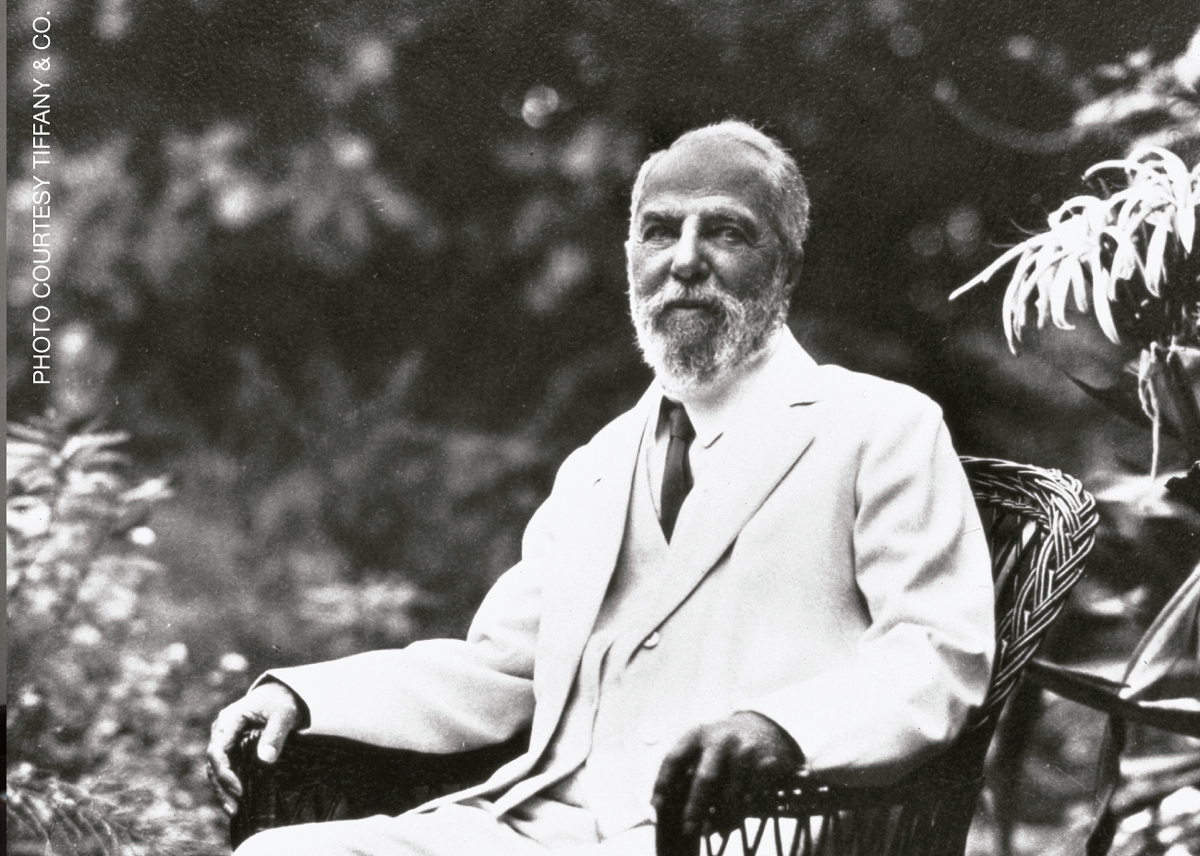 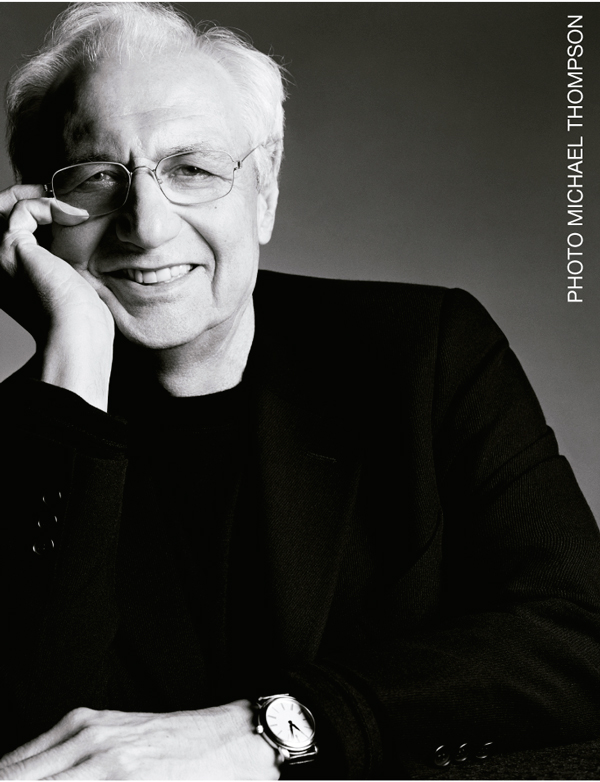 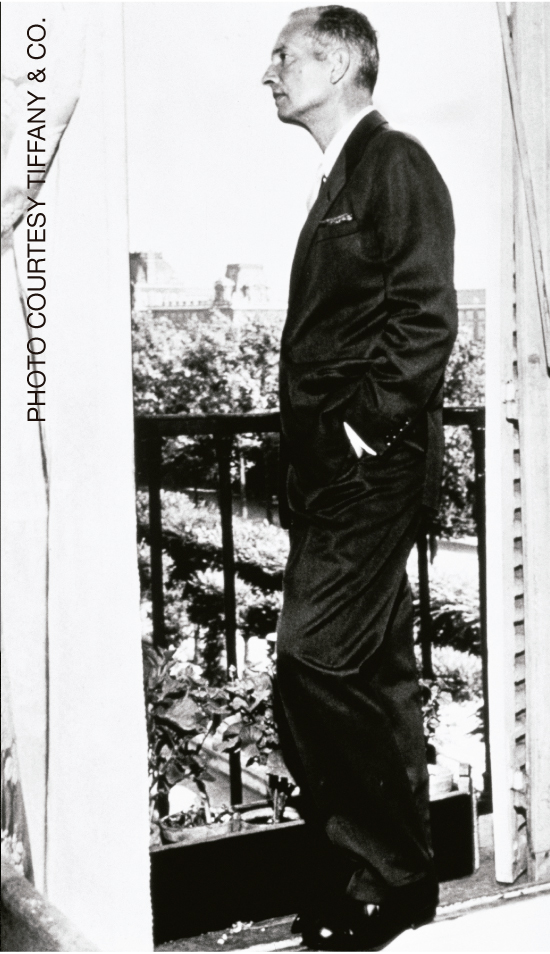 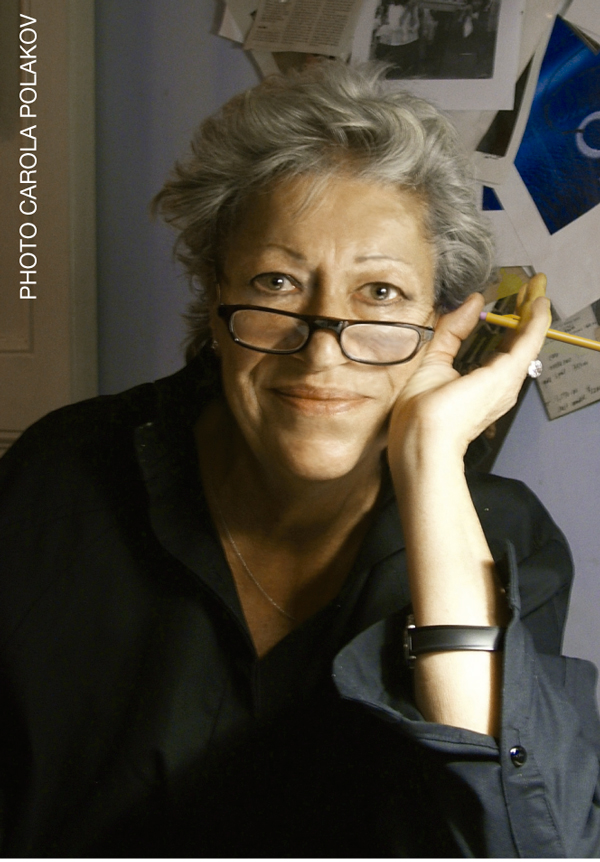