Bang Olufsen quality at the forefront

THE PRODUCTS FROM THIS DANISH MANUFACTURER ARE EASILY RECOGNIZABLE DUE TO THEIR SLEEK DESIGN AND USER-FRIENDLY FUNCTIONING. WE OFTEN FORGET WHAT TRULY CHARACTERIZES B & O : ITS UNFAILING COMMITMENT TO QUALITY. 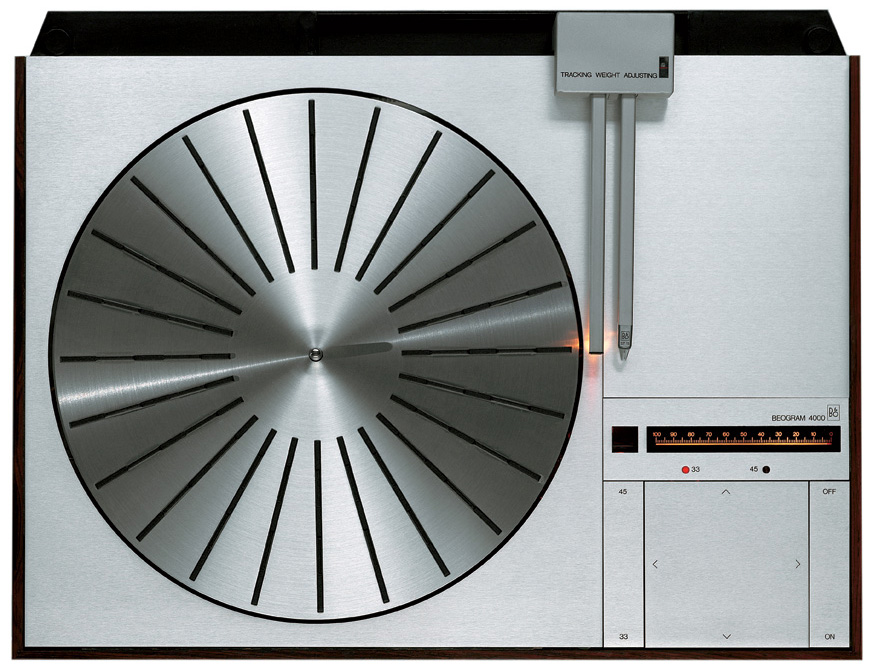 The devices are always spectacular with clean lines that spurn anything superfluous. The final result never yields to the look of the moment, favouring a timeless feel. It’s Bang & Olufsen’s quest for excellence which makes this company unique, a uniqueness that goes all the way back to its creation 85 years ago. 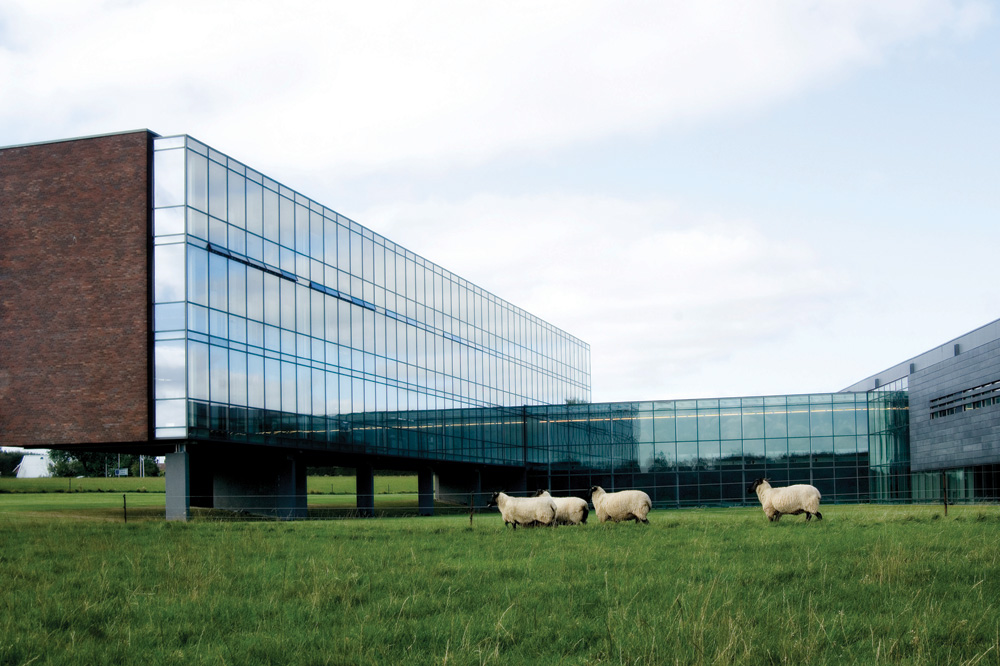 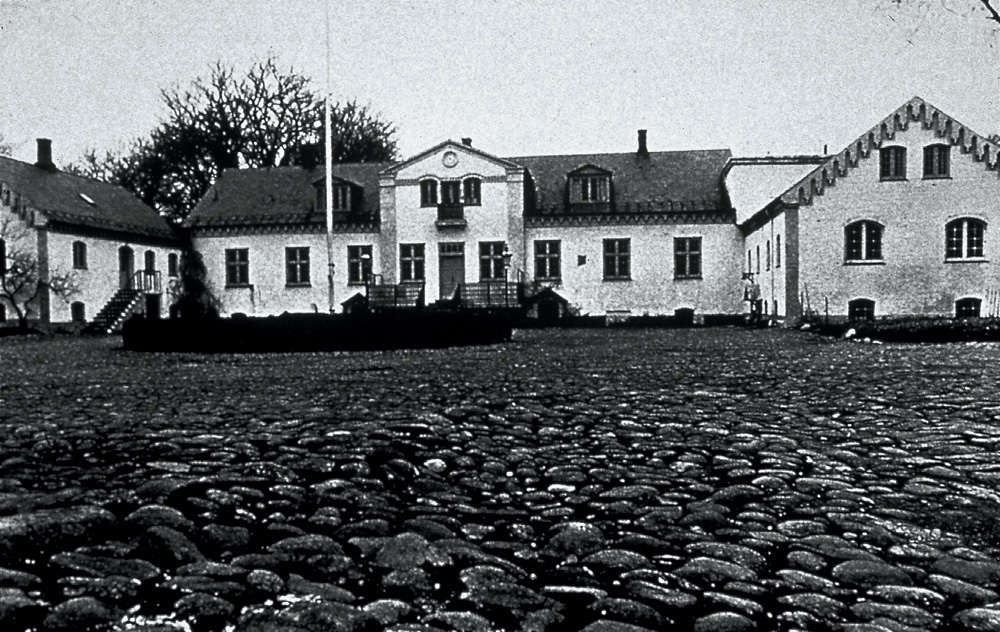 Peter Bang, born early in the twentieth century, was not educated as a designer, but as an engineer. He was passionate about radios and new technological innovations. 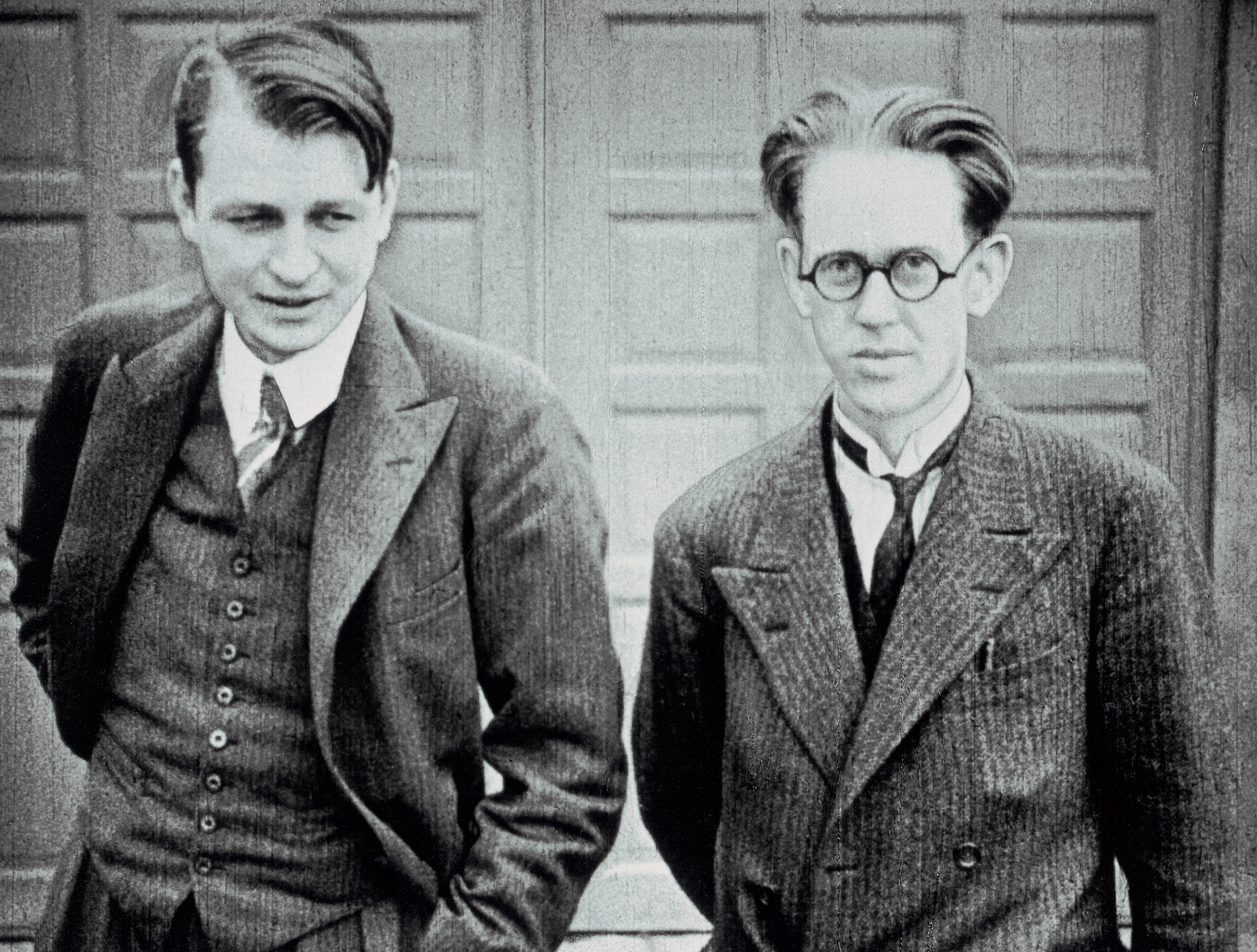 His father Camilo Cavour, a prosperous merchant in Copenhagen, was one of the first Danes to own a car, to have electric lighting, a telephone, and a gramophone. The values prioritized by his company : diligence, innovation, and good employee relations, will influence Peter. With his degree in hand, Peter travelled to the United States to learn about the fledgling radio industry. (Radio was invented in 1907 by Lee De Forest). When he returned to Denmark, he was invited to work with an old university friend Svend Olufsen. Similar to Steve Jobs (Apple) and Bill Gates (Microsoft), Olufsen working station was at home in his attic. Together, the two young men developed their first device, an electric radio receiver. In 1925, the Bang & Olufson company opened its doors. Olufsen’s father, an MP, invested in the business and Bang’s father became its president, a position he held for many years. The collaboration of the two families would be an enduring one. 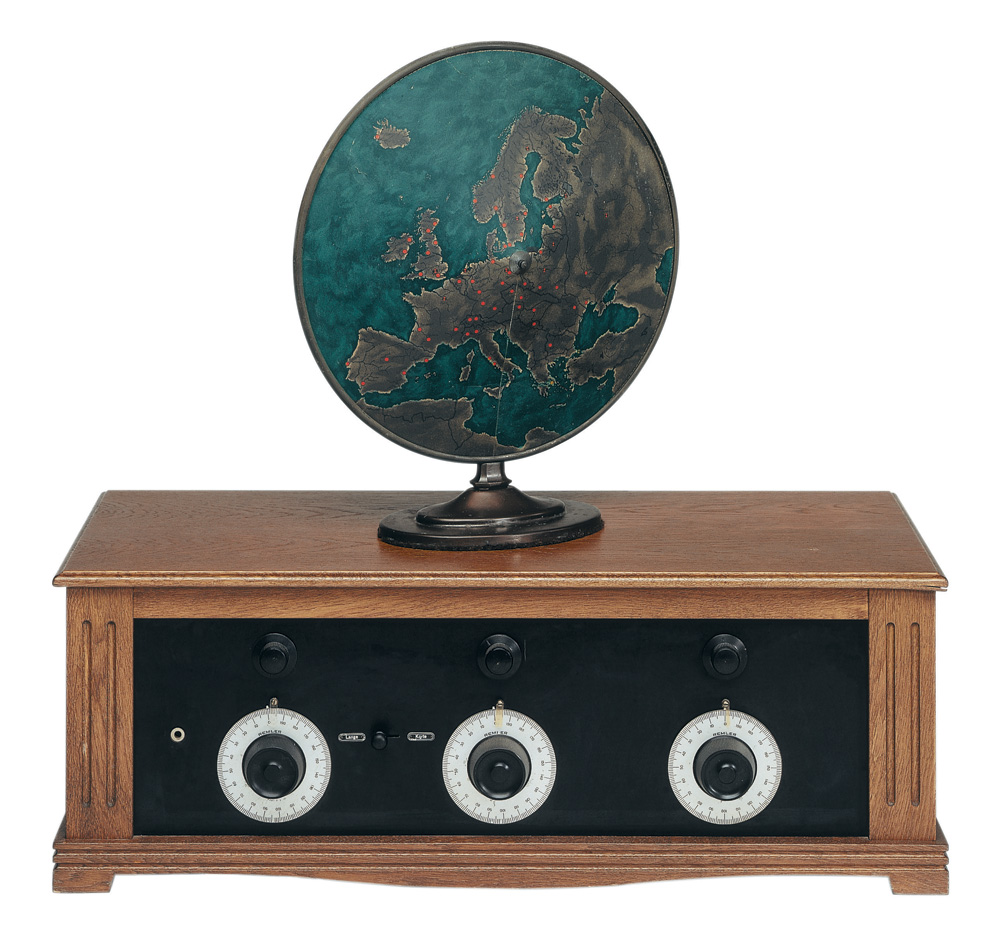 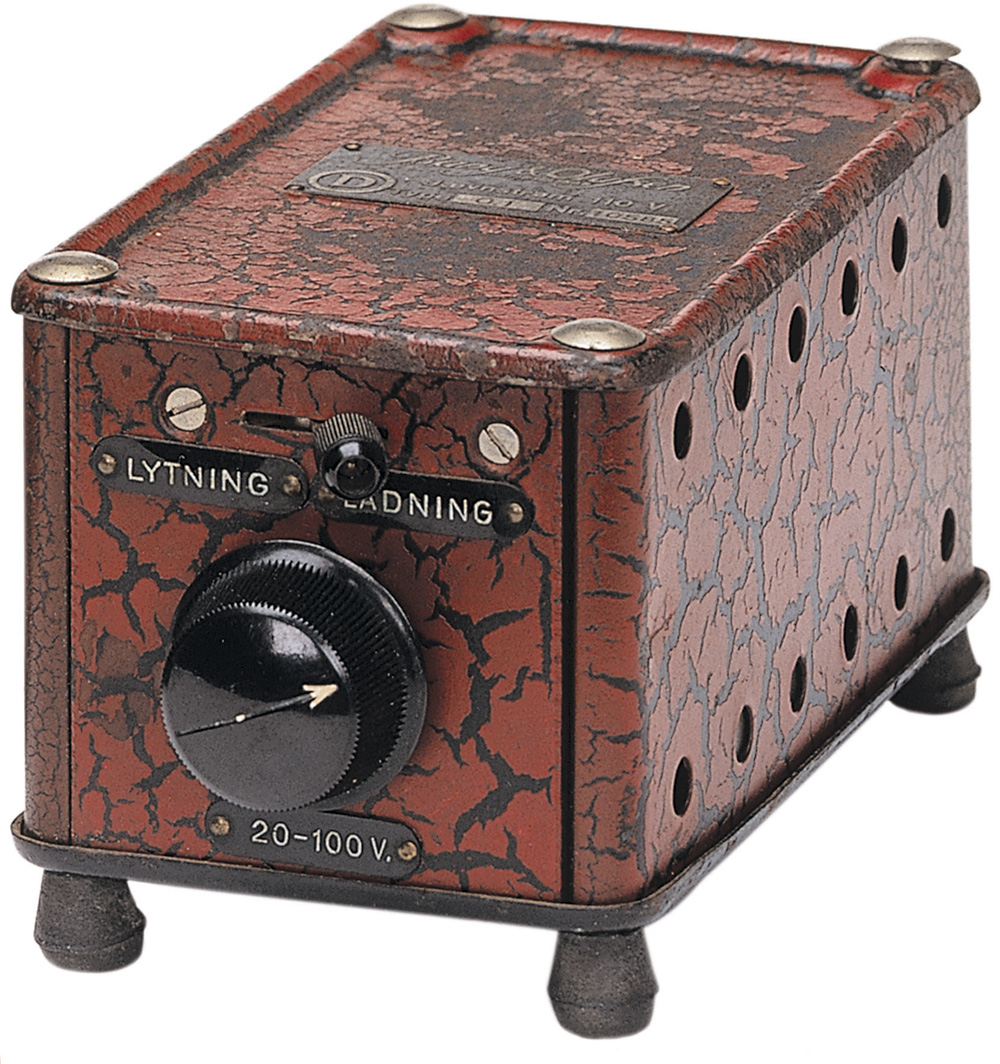 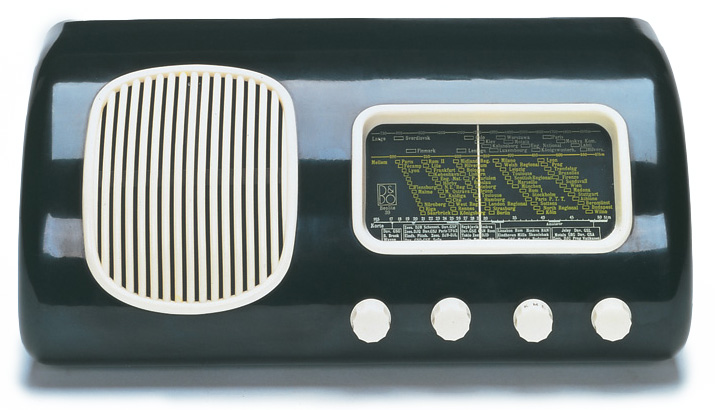 Success came quickly. In 1927 they developed a device called the Eliminator. As its name would suggest, it eliminated the need for batteries; this radio could operate on electricity, a truly revolutionary concept! Two years later, Bang’s cousin Harald Linnet invented the Five Lamper (it contained five tubes), a second-generation radio encased in an elegant walnut and maple cabinet which could be connected to an electric outlet. New models followed one after another, each more innovative than the last. The radio-gramophone, for example, was a two-in-one that cost the equivalent of a year’s salary for the average Danish worker! Next came the phonograph with its automatic record changer, then the Bakelite radio, made of a plastic developed 30 years earlier but never before used in this capacity. It was highly innovative at the time. The speaker grills were inspired by the radiator grille in the Buick owned by Peter’s father. The way they named their devices was also established, starting with the BeoLit 39. Almost every new device which followed would be named Beo (as in B and O): Beocord, Beomaster, Beogram, Beovision. This naming system simplified the registration process for the exportation of their products and may sound familiar to Apple devotees (iPods, iPhones, iPads). 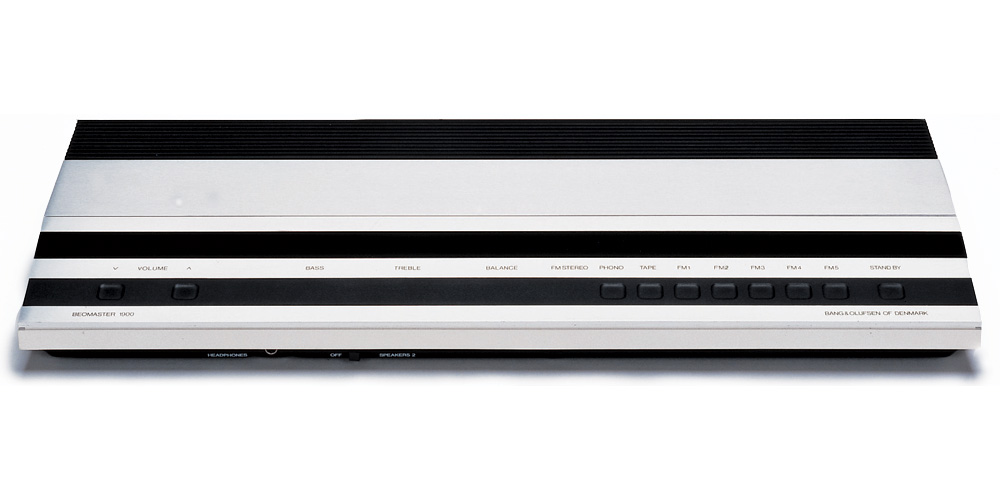 The war slowed the company’s development. Bang stayed at the factory in Struer during the Nazi occupation while Olufsen joined the resistance in Copenhagen. In the end, the Germans destroyed the B & O installations in retaliation against these courageous entrepreneurs who had refused to be Nazi collaborators. In 1945, B & O began the difficult task of reconstruction and they began manufacturing electric razors in place of radios because of a tube shortage. In 1947, they launched the Beocord 84U, the first recording device manufactured for the general public.

They also made their mark in the motion picture industry with their Cinemachine, in 1950 they produced their first television. Six years later, B & O microphones were installed at the UN in New York City! Obviously, their product range was expanding. The radio was no longer the company’s sole interest, but they did remain in the audiovisual field. The advent of each new device was an opportunity for innovation or even revolution.

Following the premature deaths of the founders, Olufsen in 1949 and Bang in 1957, the company continued to innovate. Four designers were largely responsible for maintaining the B & O sprit: Ib Fabiansen, between 1959 and 1964, Henning Moldenhawer (1964-1970), Jacob Jensen (1967-1985) and David Lewis, for the past thirty years. 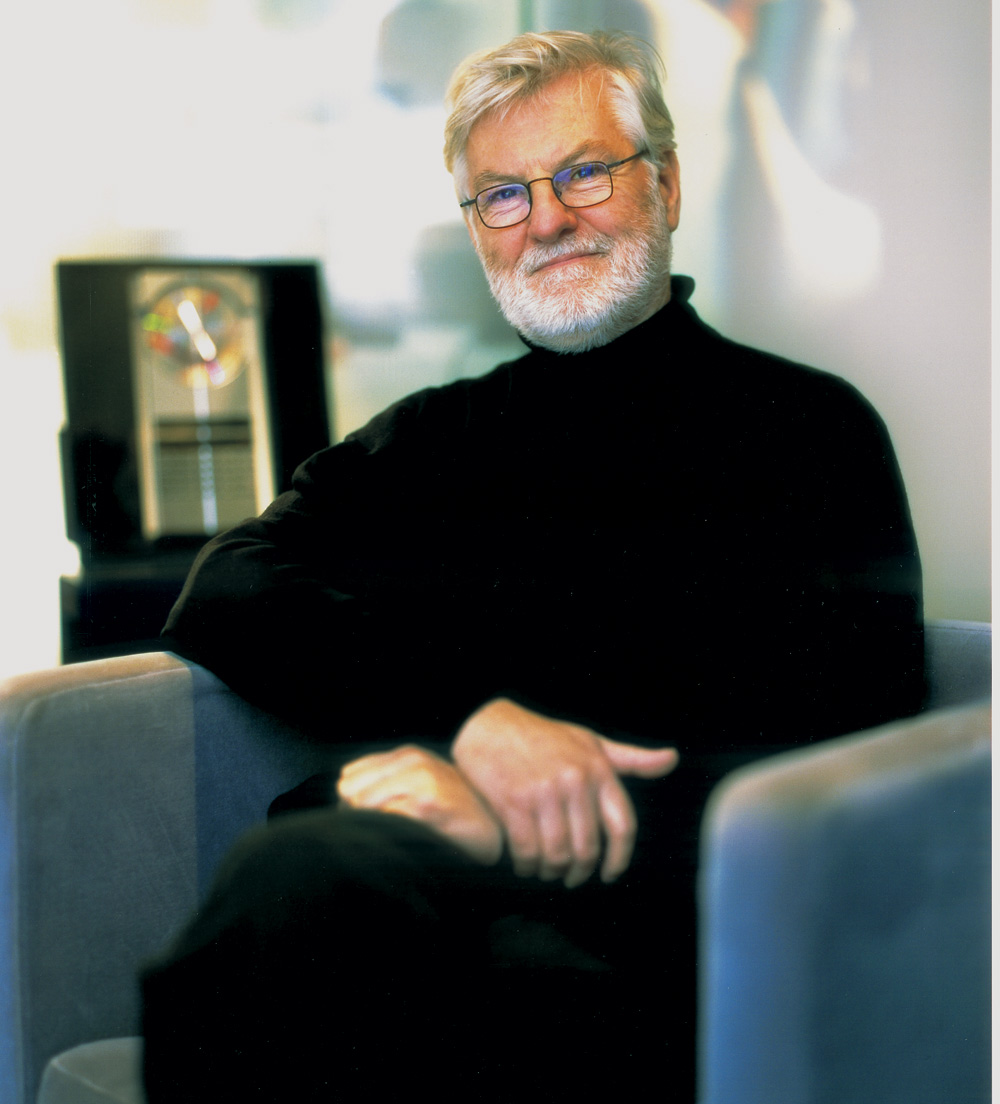 (Lewis just died on November 11, 2011, as this article was being written). He was the creator responsible for several of B & Os flagship products like the Beocenter 9000, where secondary controls not directly relevant to the operation at hand were removed; the Beosystem 2500, that rethought how CDs were presented and played; the Beosound 9000 with its motorized six-CD changer; and the Beolab 5, with unparalleled sound reproduction quality from speakers that don’t look like speakers. One of Lewis’s creations even found its way to the Metropolitan Museum of Modern Art (MoMA) in New York. This amazing feat had also been realized a few times by designer Jensen in the 70s, so it’s not surprising that the idea of design is so intimately associated with B & O.

Today, Bang & Olufsen continues to innovate and amaze with their characteristic aesthetic, while bearing in mind this quote from Peter Bang: “A never failling will to create only the best.” 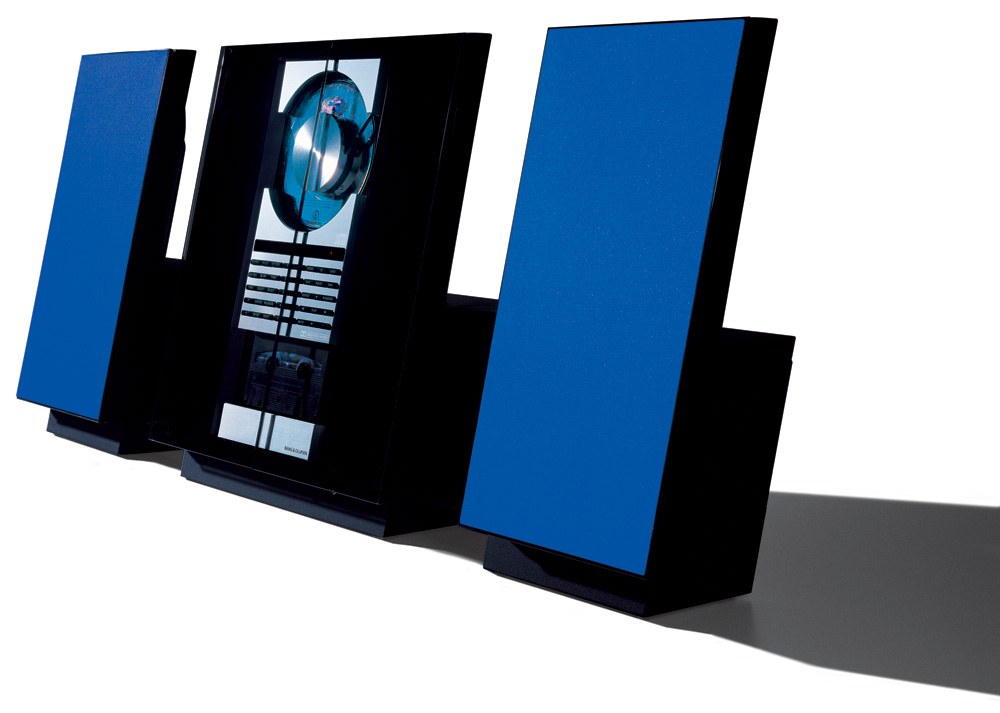