WITH THE ARRIVAL OF THE CHEVROLET VOLT, THE NISSAN LEAF, AND THE MITSUBISHI I-MIEV, THREE LARGE CAR MANUFACTURERS ARE NOW OFFERING CARS THAT RUN ON KILOWATTS INSTEAD OF PETROLEUM. OPTIMISTS SEE THIS AS A WAY TO DECREASE OUR DEPENDENCE ON OIL WHILE PESSIMISTS BELIEVE IT MARKS THE END OF DRIVING PLEASURE. SO WHICH IS IT?

Tesla, a small company in Northern California has proven that an electric car can be as stimulating to drive and just as fast as a Porsche – no tailpipe required. The only sound one hears as it passes is a faint whistle that increases as the car accelerates; it is no less exhilarating than the thunderous sound of a Ferrari. Regardless of its ecological appeal, the first generation of Teslas was nonetheless geared to a fairly limited market, due mainly to its roadster exterior like that of the English-made Lotus.

Today, Tesla is preparing to get serious with its sedan Model S, an electric car with an aluminum body, that targets drivers of intermediate luxury cars like the Audi A6, the Lexus HS250h, or the Buick Enclave.

On top of its seductive beauty and near-perfect aerodynamics, its non-traditional design provides a roomy interior that comfortably fits five passengers (seven with the optional rear-facing seat for kids), and it boasts the best trunk space of any car on the market. The Tesla S will seduce you as much with its acceleration (0-100 km/hr in 5.8 seconds) as with its handling, thanks to a low center of gravity made possible by placing the battery under the floorboards and the motor between the rear wheels.

I know what you’re asking: how many kilometers per charge? You can choose between 257, 370, or 500; the 257-kilometer-per-charge version will run you approximately $50,000 and the other two options will cost an additional $10,000 each. As for your driving pleasure? No charge. Production will begin in 2012. We’ll keep you posted. 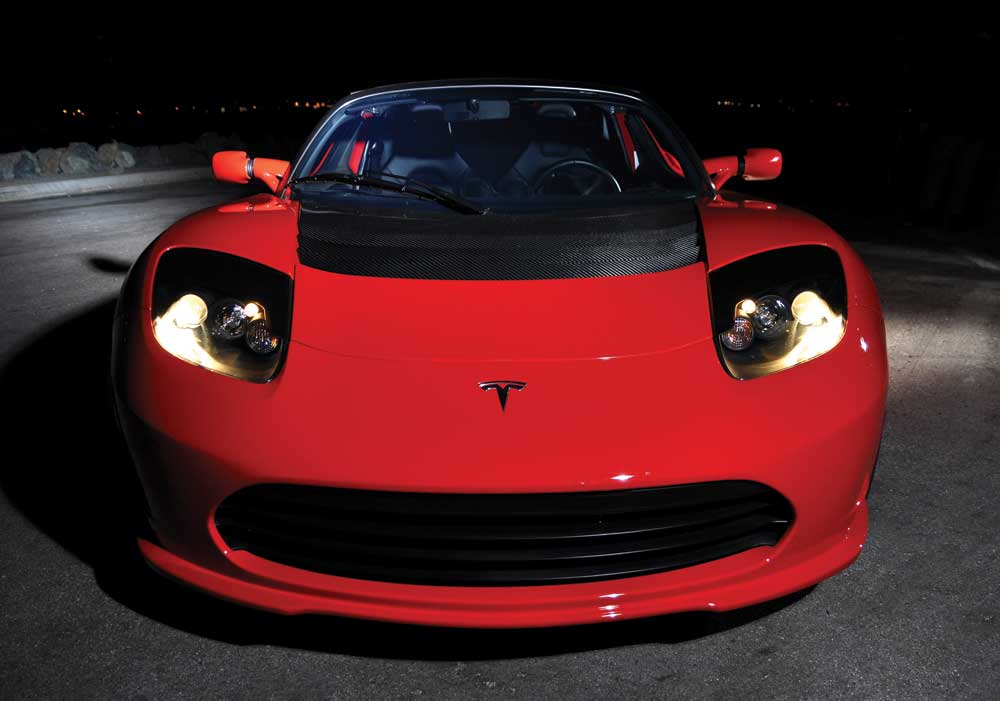