DINO CORDILEONE IS PASSIONATE ABOUT FINE DINING. WITH HIS ASSOCIATE CHEFS AT PICCOLA ITALIA RESTAURANT, HE IS REINVENTING TRADITIONAL ITALIAN CUISINE AND MODERNIZING THE CODES OF CHIC EPICUREANISM.

The era of tasteless pasta is over! At Piccola Italia restaurant, the dishes are fresh and flamboyant: the grappa flambéd rack of lamb with blackcurrant sauce and the ricotta gnocchi in a tomato and basil sauce are eloquent proof of this. Located in an old branch of the Royal Bank of Canada, Piccola Italia represents the finest culinary experience to be found in the heart of Montréal’s Little Italy. Executive chef Dino Cordileone has been practicing his art for over 25 years. His numerous voyages around the world have inspired him to concoct surprising, mouth-watering menus to satisfy a prestigious clientele that has included Bono from U2 and Alexander Ovechkin, to name just a couple. On top of overseeing his restaurant’s reputation, Cordileone also trains future grand chefs at the Viking Centre school of culinary arts where he shares his passion for gastronomic menus and discovering uncommon mixes. Finally, he also caters under the corporate name, What’s Cooking!

A marriage of flavours
Finishing salts aren’t reserved for top chefs. Just visit Station Épices, a new shop in Mile End that carries over 50 types to try with your favourite dishes. Moreover, the owner, a Québecer, sells several of his own spice mixtures to play with your flavours. Oprah is even a fan! Dino’s choice: sel Pyramide noir de Chypre (Pyramid black salt from Cyprus). Its crunchy, charcoal aspects give it its original qualities. 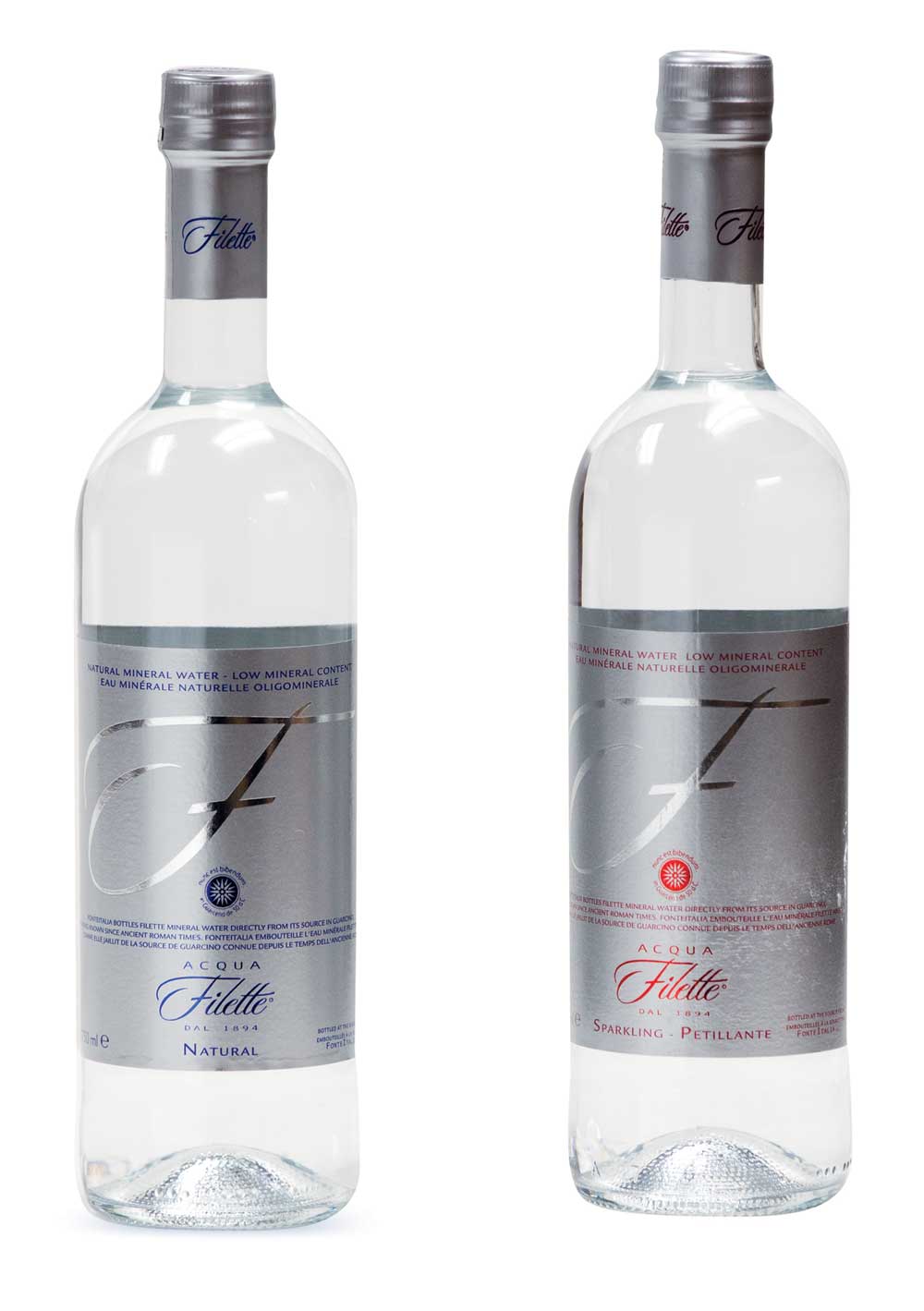 Blue gold from the mountains
Well-known in fine Italian restaurants and the more popular water bars in town, Acqua Filette natural mineral water comes directly from the Lazio region of Italy. Its spring flows gently, 900 metres above sea level, through the enchanting Appennine mountain chain across more than 15 regions of Italy. Bottled since 1894, this pure, light oligo-mineral water is prized for its health benefits. It contains very little salt which gives it a unique taste. It is available in three sizes. It is truly luxury in a bottle! (Available at water bars and some fine food stores). 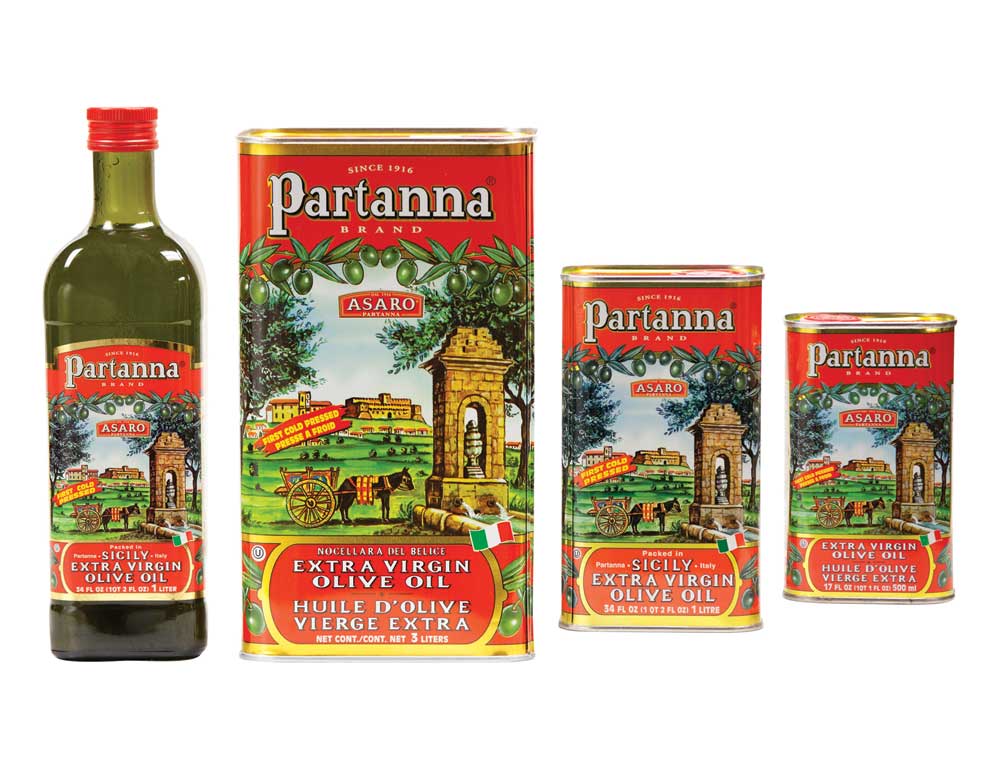 Sicily in a bottle
Olive oil, the nectar of the gods, will tantalize your taste buds, and none more than Pantanna extra-virgin olive oil from Asaro. Produced in Italy, or, more precisely, in Sicily, this first-cold-pressed oil will enchant lovers of the flavourful ambrosia. Top chefs praise its light, typically Italian taste. Add it to enhance the flavour of pasta, pizza, and salads, or, try it alone with a few slivers of parmesan and a piece of bread. (Chez Milano) 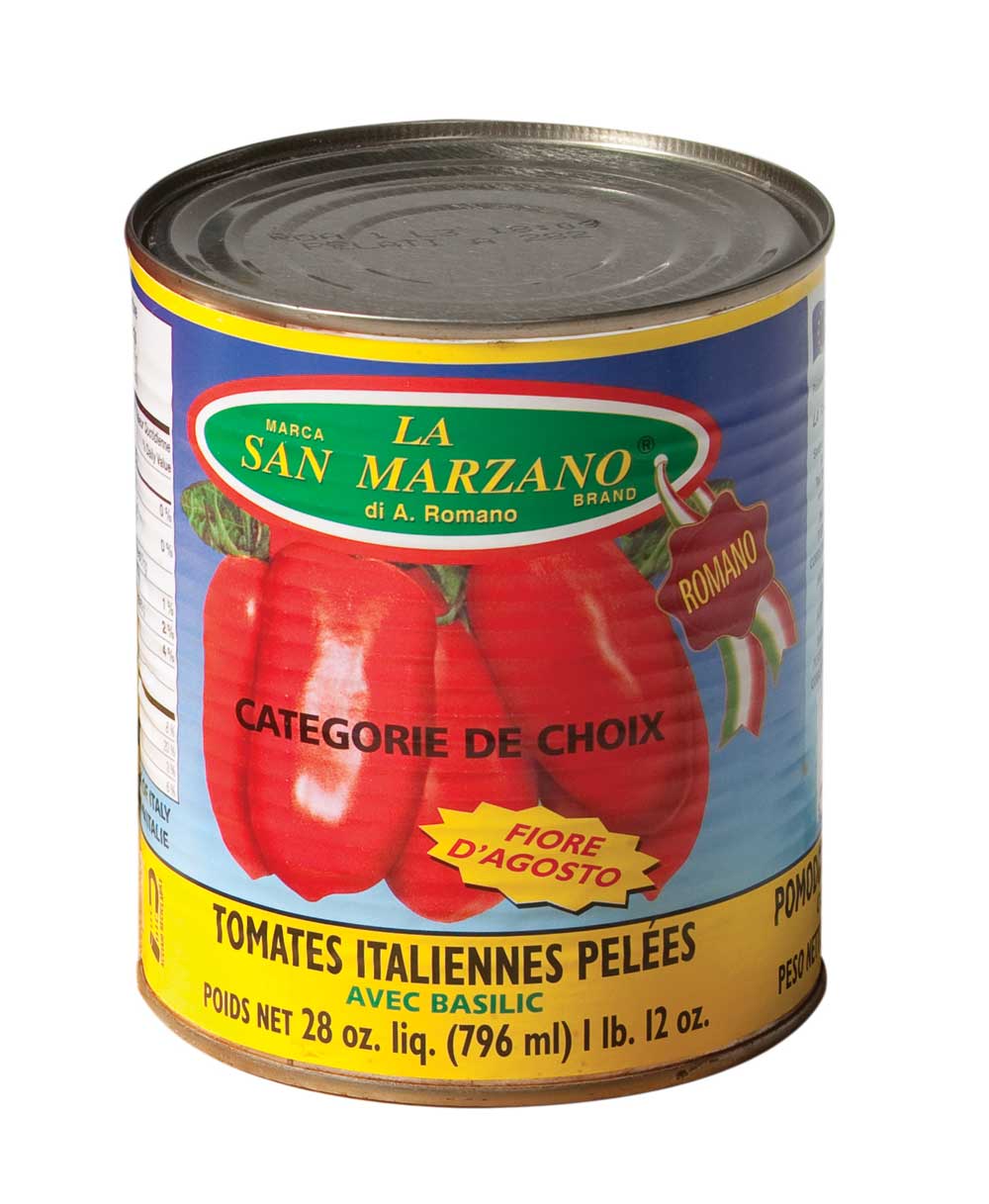 Sunshine tomatoes
San Marzano tomatoes are grown on vigorous plants that produce an elongated fruit, known for the flavour of its meaty, dense flesh. They grow mainly in the Agro Sarnese-Nocerino area in Southern Italy where they are nourished by the sun until their aromatic character blossoms. This tasty “golden apple” from Naples is equally good in sauces or as filling. Mixed with fresh herbs such as basil, they are packed with flavour. If you don’t have tomatoes fresh from your garden, our chef recommends San Marzano canned tomatoes for all your tomato-based recipes. Buon Appetito! (Chez Milano)