SO YOU WANT TO MAKE A GOOD IMPRESSION THIS SUMMER? IT’S FAIRLY SIMPLE: JUST GET YOUR HANDS ON THE NEW FIAT 500, CALLED THE CINQUECENTO IN ITS COUNTRY OF ORIGIN.

Surprisingly , Fiat is owned by Ferrari, and while a Ferrari will make others green with envy, the Fiat will put a smile on your face because of its attractive look and sleek design. In terms of your budget, Fiats are fairly easy on the wallet, with prices ranging from $16,000 to $21,000. The same can’t be said about the Ferrari, however, which costs at least fifteen times more.

The Mini’s cousin Reintroduced four years ago in a clever marketing move, the car that’s also known as “la souris,” is ranked with the Citroën 2CV, the Beetle, and of course, the car whose name is used to define the category, the famous Austin Mini.

A new retro style Launched in 1957, the 500 was a dazzling success, before production was stopped in 1976. Frankly, apart from the name, the original model and the new 500s don’t have a lot in common. Even the mechanical system has been transformed; while the original Cinquecento had rear wheel drive with a sixteen-horsepower engine that was located in the back, the new model has front wheel drive and a four-cylinder 1.4-liter engine with 101 horsepower that is positioned in the front. Like the MINI, the 500 will soon be available in a sports version with a turbo engine and 135 horsepower. A real blast from the past, it will sport the Abarth logo as well, and let’s not forget the little convertible with its foldaway canvas roof that was, in its day, the perfect symbol of “la dolce vita.”

Despite all these comparisons, the 500 Nuova differs in several ways from the model that inspired it, mainly in its dimensions, weight, performance, and engineering. The newer model is almost half a meter longer, making it more difficult to park, while the back seat for your kids is no bigger than it ever was. On the up side, it has gone from 16 to 101 horsepower, and the cylinders have almost tripled from 479 to 1400 cm3. On the down side, the weight has quadrupled, shooting up from 476 to 2,000 kg. It’s the cost of innovation; seven airbags, ABS breaks, sophisticated audio equipment, and electric windows.

The real accomplishment for Fiat has been the construction of a car with a new retro style that is emphasized by a flattering palette of colours. We hear though, that the best is yet to come, and that the early versions will be followed by other, infinitely more interesting versions. But as much as you want to fall in love with this pretty little baby, don’t forget where it comes from. An Italian car that’s built in Mexico may not be the best guarantee of reliability. Stay tuned. 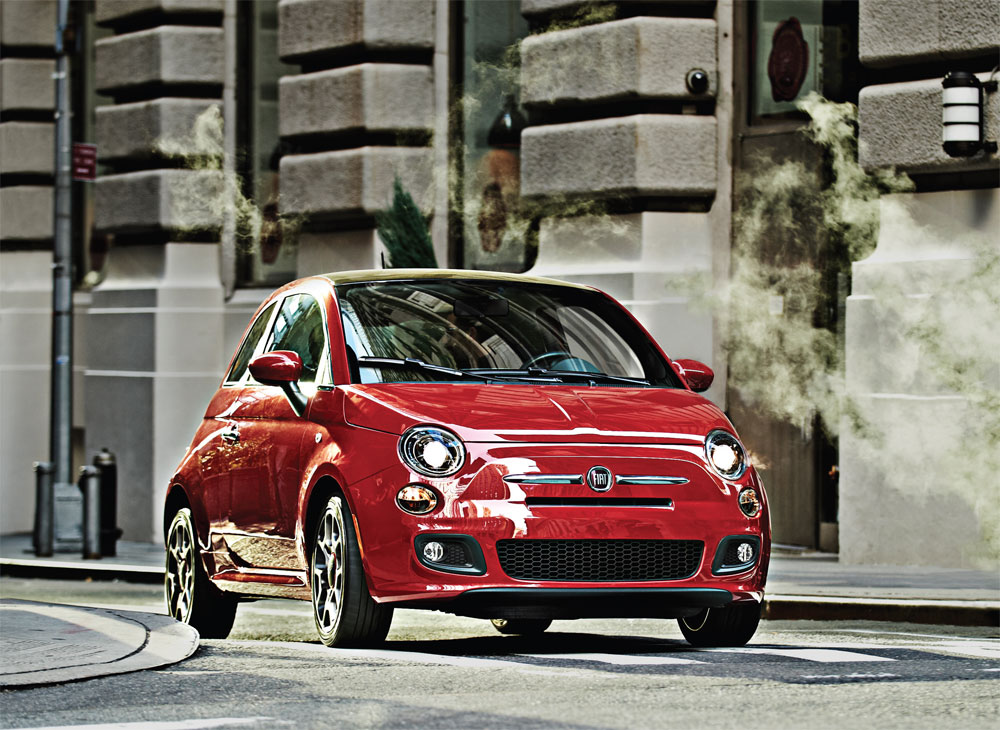 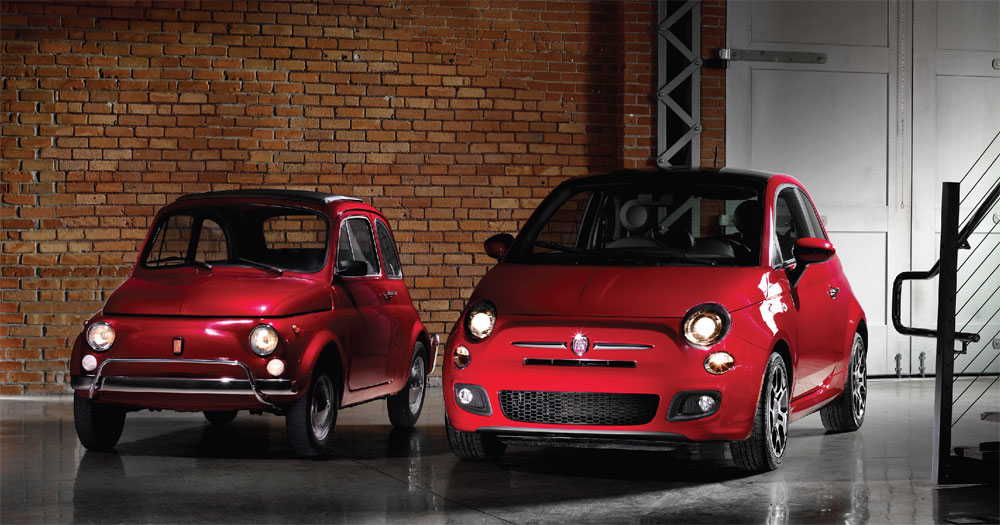