Louis Vuitton: An Invitation to Travel

A look at the amazing evolution of Louis Vuitton leather goods. With a prestigious history of iconic, refined creations, the brand has nonetheless remained closely associated with travel.

Born in 1821 in the hamlet of Anchay in the Jura region, Louis Vuitton came from a long line of joiners, carpenters, millers, and farmers. At the age of 13, he left the family mill to seek his fortune in Paris. By 1854, when he decided to open his own business on Neuve-des-Capucines Street in Paris, Louis Vuitton already had 17 years’ experience working for a boxmaker and packer who served the imperial family. It was the era of travel by steam locomotive and transatlantic crossings in sailing ships. However, Vuitton anticipated upcoming advances in transportation when he designed a watertight, flat-topped trunk that could be stacked, making it highly practical for major expeditions. The trunks were very successful and Vuitton built an Art Nouveau house with an attached workshop in Asnières, a village on the banks of the Seine. This workshop is still used to produce special orders for custom-made trunks. Word spread, and Louis Vuitton trunks and suitcases became symbols of luxury. Vuitton’s son Georges began marketing the brand outside the country, first in Britain and then in the United States. The company developed its legendary pickproof lock in 1886, enhancing its reputation among wealthy clients who enjoyed travelling with every indulgence. However, such fame came at a price, and Louis Vuitton products were quickly imitated and copied. In an attempt to fight counterfeiting, Vuitton created the checkerboard or Damier canvas pattern for his products in 1888. When Louis died four years later, his son Georges took the reins of the company. To discourage counterfeiters, in 1896 he launched the legendary Monogram canvas, a pattern that mixes the initials LV with stylized flowers and geometric shapes. His efforts were to no avail, for though the Monogram became synonymous with the brand over time, it did not stop the production of fake copies.

As the years passed, successive generations of the family continued to head the prestigious company. Production was diversified, however, to meet the expectations of an evolving society. The company adapted to new modes of transportation that were both faster and more compact, i.e., cars and planes, by producing soft luggage and weekend bags. Under Gaston-Louis Vuitton, the type of canvas initially used to clad the pieces was replaced by a more water-resistant version (1959) that is still used today. Henry Racamier, the husband of one of the founder’s great-granddaughters, took over Louis Vuitton in 1977 and decided to sell the company’s trunks, suitcases, and bags exclusively through its own branded stores. In 1984, the brand that had long catered to the elites of Europe, the Americas, and Asia became a publicly listed company on the stock exchange.

A first major turning point occurred in 1987, when Louis Vuitton merged with Moët Hennessy to create luxury goods conglomerate LVMH. A second came in 1989, when Bernard Arnault became the majority shareholder of the LVMH Moët Hennessy Louis Vuitton group. The venture launched one hundred years earlier started to blaze new trails. The exclusive world of leather goods was no longer enough, so fashion was added to the mix. In 1997, American fashion designer Marc Jacobs was named creative director for the entire brand, launching a first line of ready-to-wear clothing along with a collection of shoes and jewellery. At the same time, he revitalized the look of the company’s classic products. A 2001 collaboration with artist Stephen Sprouse even featured graffiti-style accents, while Japanese artist Takashi Murakami gave the brand’s signature pattern a rainbow makeover in 2003. Since taking over as artistic director of women’s collections in 2013, Nicolas Ghesquière has continued to explore the many possibilities of the brand, along with Virgil Abloh, who became artistic director of men’s collections in 2018.

Louis Vuitton has always been bold, catering to pioneers and attracting visionaries who venture off the beaten path. The company has celebrated creativity in all its forms, recognized artists, fostered reflection, and encouraged introspection. While some collaborations have involved a traditional medium like silk scarves (Sol LeWitt, 1988, Andrée Putman, 1991, Os Gemeos, 2013), others have sought to reinterpret the company’s iconic pieces. To celebrate the 100th anniversary of the Monogram canvas in 1996, designers Azzedine Alaïa, Helmut Lang, Isaac Mizrahi, Romeo Gigli, Sybilla, and Vivienne Westwood were asked to create their own versions of Louis Vuitton trunks and bags, while in 2012, Japanese artist Yayoi Kusama reworked the Monogram pattern itself, the symbol of the brand, reinventing it with the addition of her signature polka dots. In 2019 and 2020, the fusion between art and Louis Vuitton products became complete. For the Artycapucines series, leading contemporary artists like Tschabalala Self and Henry Taylor create their own versions of the iconic Capucines bag.

Over the years, renowned artists like James Turrel and Olafur Eliasson have exhibited their work in several Louis Vuitton stores around the world. Installations, like that of British artist Damien Hirst, have been presented at special events, and art galleries known as Espaces Louis Vuitton have been opened in Tokyo, Beijing, Munich, Venice, Seoul, and Osaka.

Through art, one can travel while standing still. This was perhaps the inspiration for architect Frank Gehry to clad the Louis Vuitton Foundation building—the site of major exhibitions and unforgettable concerts—in glass “sails.” Or perhaps the cladding is simply meant to evoke the company’s original association with travel. The true answer is likely more complex. Located next to the Jardin d’Acclimatation amusement park, the building also underscores Louis Vuitton’s close connection with architecture, as evidenced by its stores around the world, and highlights the company’s visionary character and incredible history while evoking the idea of sustainability.

The year 2021 marks the 200th anniversary of the birth of Louis Vuitton. After becoming a legend in his own time, the founder left those who followed a wonderful legacy—the search for perfection. After all, isn’t that the greatest journey of all? 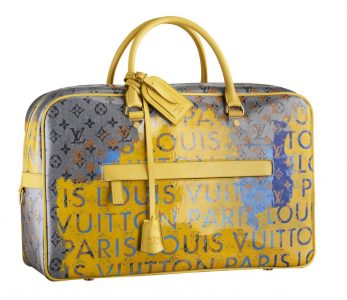 Bag from the Masters 2 collection by Jeff Koons, 2017. 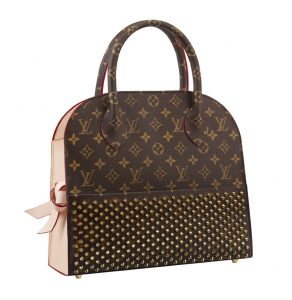 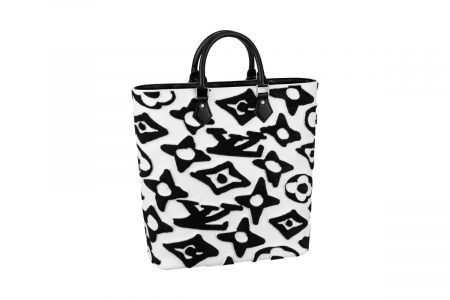