The year 2020 marks the 150th anniversary of Hennessy X.O., the prestigious signature cognac of the distillery founded in 1765. This milestone is also the perfect opportunity to revisit Hennessy’s history of expertise, which includes developing the quality rating system for cognac. Here is a portrait of Maison Hennessy, now working with the eighth generation of a single family of master blenders, artisans determined to create the world’s finest cognacs.

“Innovation means creating the classics of tomorrow.” At Hennessy, innovation is embedded in the brand’s DNA; the company is always pushing the limits of creativity without denaturing the product. 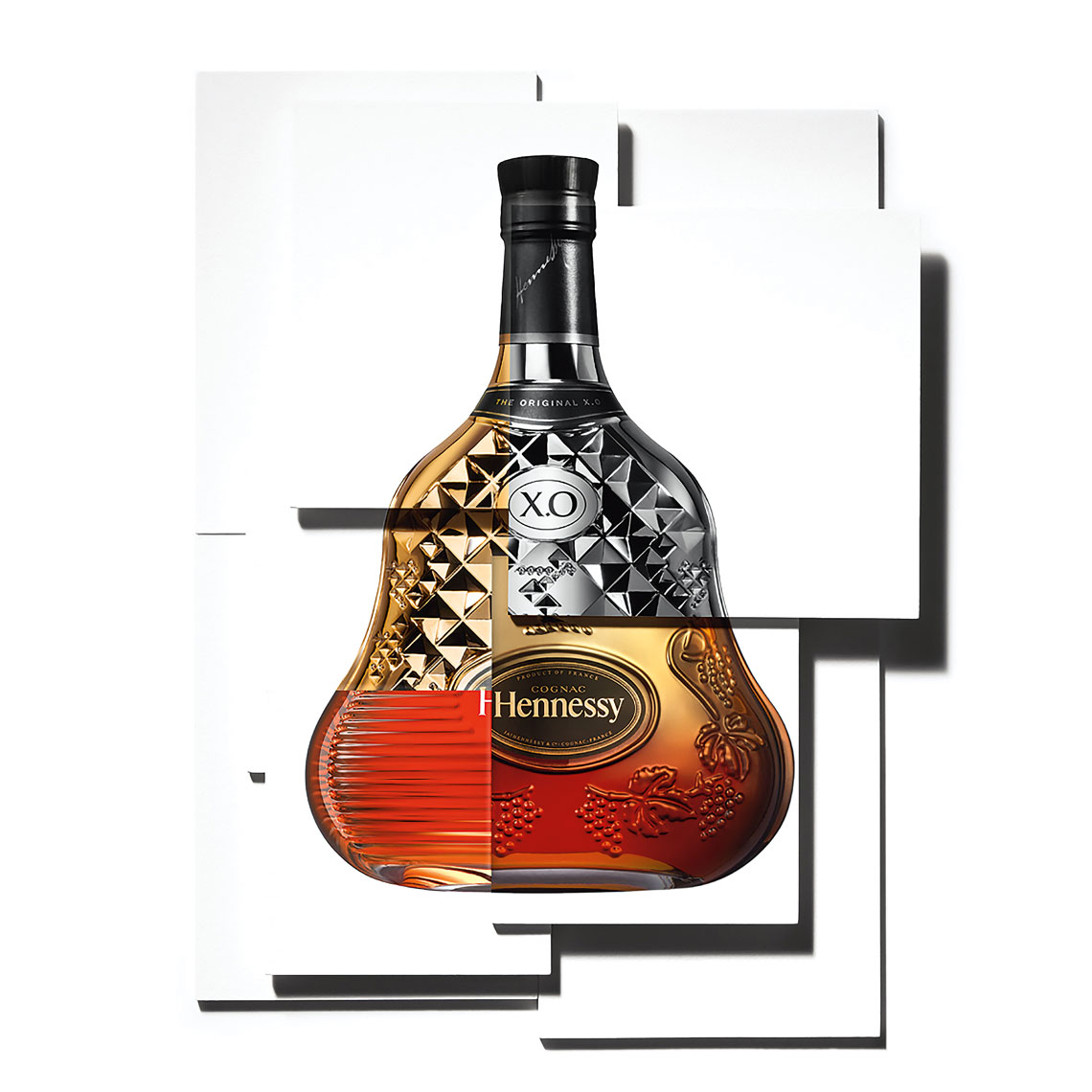 “To know where you’re going, you have to know where you’ve been.” This adage perfectly describes the brand’s very essence and its evolution over time. Founded in 1765 in France’s Cognac region, Hennessy became a prestigious ambassador of French culture in Asia when it began to export its products commercially in 1859, initially to China.

The story of Hennessy is a prolific adventure that has continued for over 250 years, with every one of the brand’s products providing a taste of quality and finesse. Today, the company’s impressive portfolio dominates the cognac industry with its enviable reputation and products sold in over 160 countries.

Establishing benchmarks for the future

In 1865, when Hennessy set up its own bottling plant, Maurice Hennessy, a member of the second generation of master blenders, created a star classification system for cognacs to designate different quality levels. This rating system was eventually adopted by all cognac makers, initially in France and then throughout the world. In 1947, the company built a vineyard-laboratory in the Grande Champagne region so it could remain on the cutting edge of innovation and continue constantly improving its products.

Hennessy was also the first to develop a true visual identity for its products, thus becoming a pioneer in the fields of marketing and branding. Its slogan epitomizes the company’s boldness and ambition: “Hennessy, the leading brand.” In fact, each of the brand’s flagship collections—X.O, V.S.O.P, and V.S—has a strong visual signature, image, and design. Each product targets a distinct audience with a unique personality

In 1870, Maurice Hennessy created the X.O (eXtra Old) appellation, initially for friends and family, which is now an international reference in the world of cognac. From its original design by Maurice Hennessy in 1870 to the spectacular Methuselah (six-litre) version created by sculptor Arik Levy, Hennessy’s famous bottle reflects the cognac’s incredible reputation. A tribute to the ritual of Hennessy’s master blenders, the closing mechanism for the case housing the Levy Methuselah disappears when the case is opened, which is nothing less than a technological marvel. It also comes with a metal pipette to extract the cognac from the bottle. Hennessy X.O pays homage to the innovative, distinct character of the brand’s history. 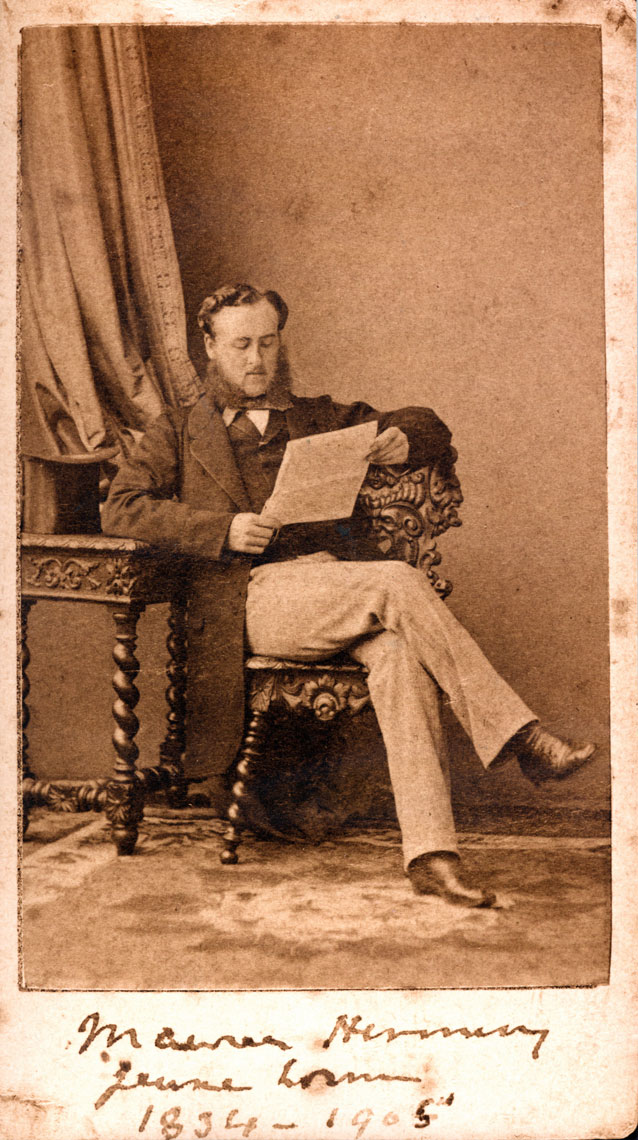 Large tasting office where eaux-de-vie are evaluated and selected for Hennessy cognac blends. 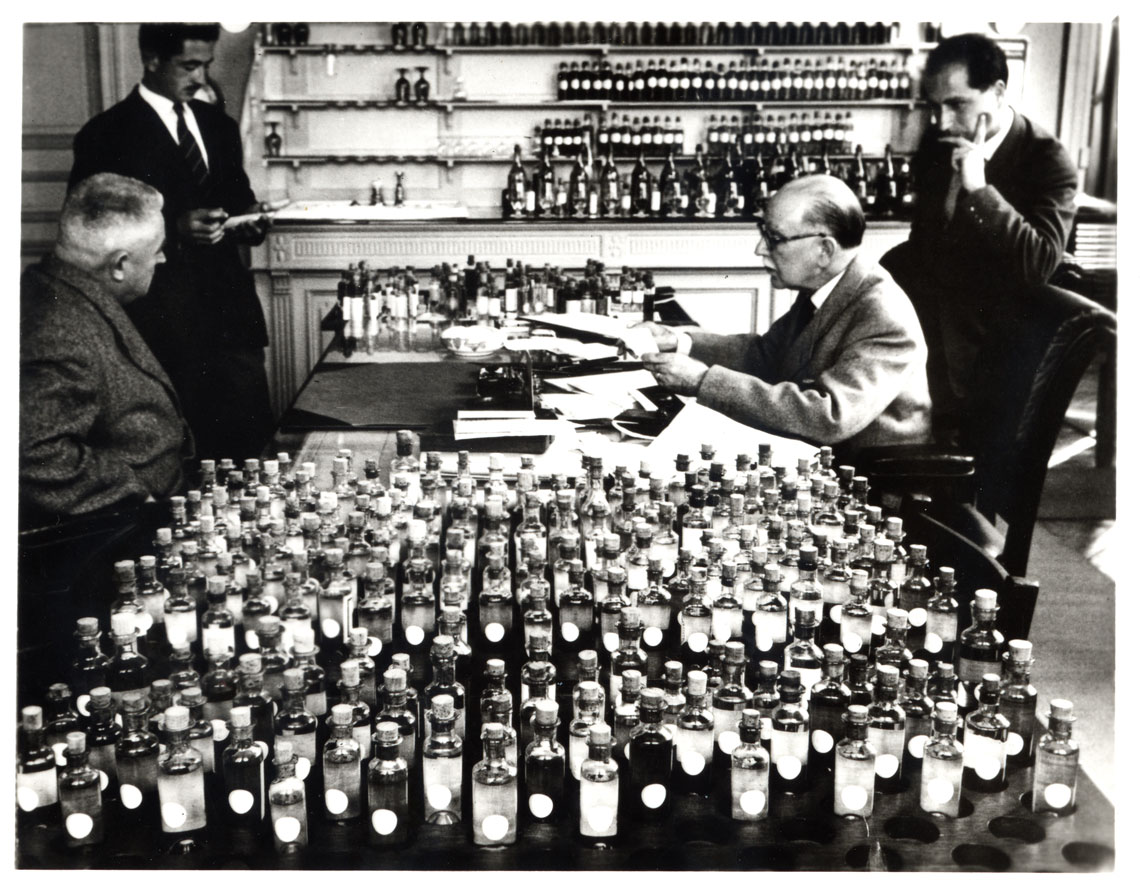 “At Hennessy, we are always looking to the future,” explains Renaud Fillioux de Gironde, master blender for the company. “It is what enables us to maintain the highest levels of quality, year after year. When we create our eaux-de-vie, we follow our original motto: we do it today, we will do it tomorrow and always. What makes the 150th anniversary so special is what it represents for the company. It means that we have succeeded in preserving the same standards and levels of quality, even though we have been producing this blend for a century and a half.” 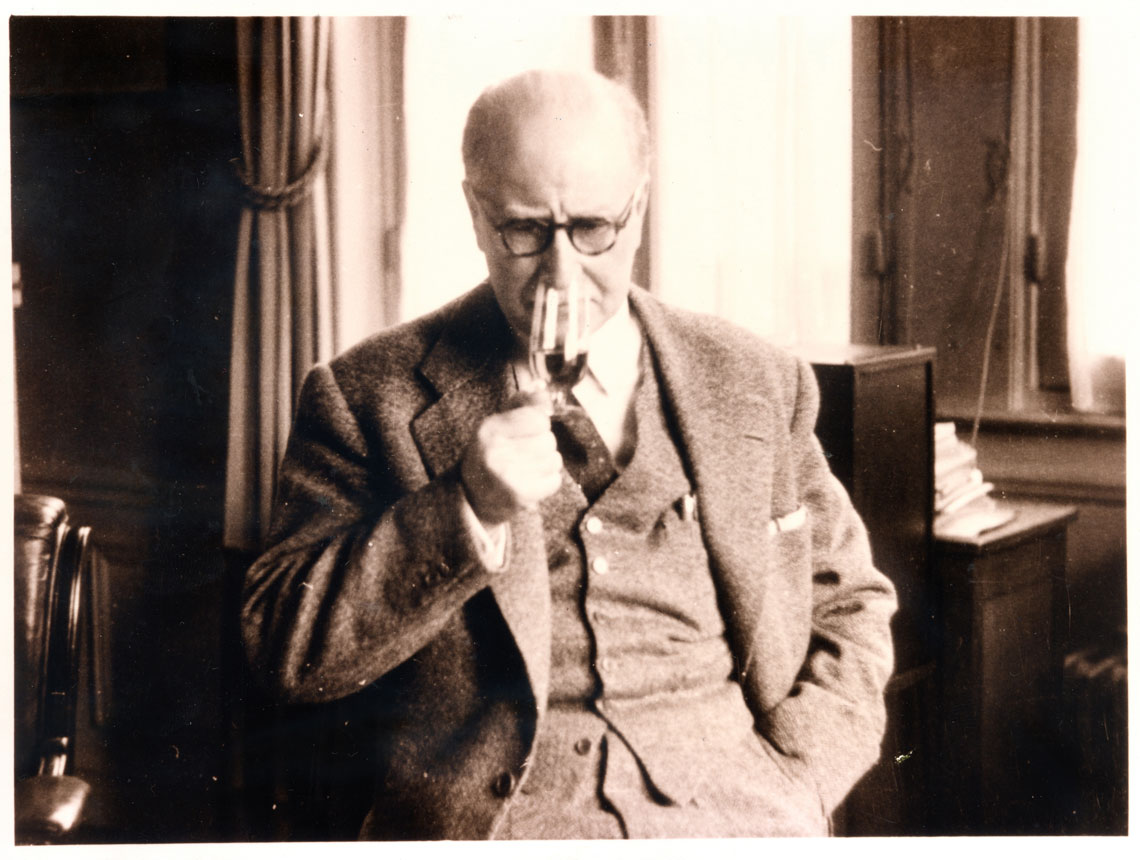 Loading of Hennessy cognac cases on the outskirts of the Charentes. 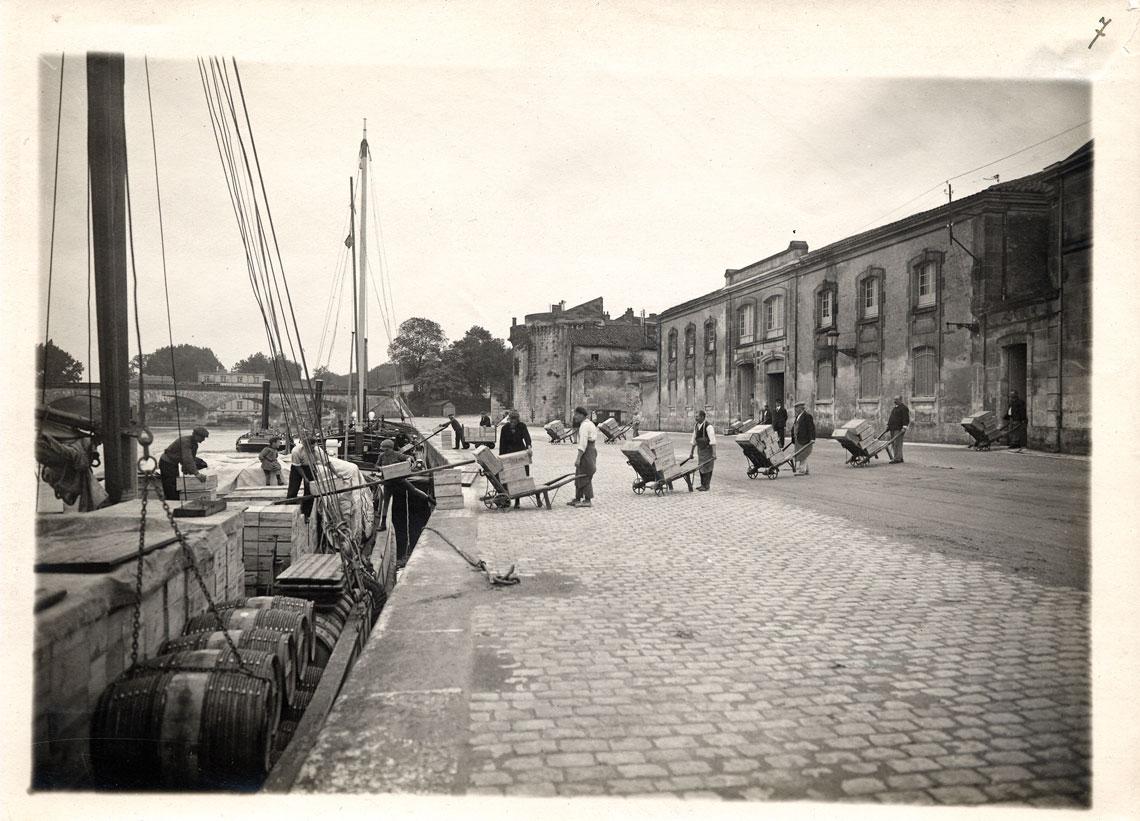 For 2020, Hennessy has joined forces with renowned Canadian architect Frank Gehry—who designed the visual signature of the Fondation Louis Vuitton building in France—to create a special bottle to highlight the 150th anniversary of the X.O collection and become part of the brand’s DNA.

“In this time of change, Hennessy X.O and Frank Gehry share the common vision of a new world filled with hope. Design icon Frank Gehry is the perfect partner to honour the Hennessy X.O legacy with his creative genius. The result of this collaboration is the culmination of 150 years of innovation for the brand,” explains Véronique Gonneville, communications director for Hennessy in Canada. 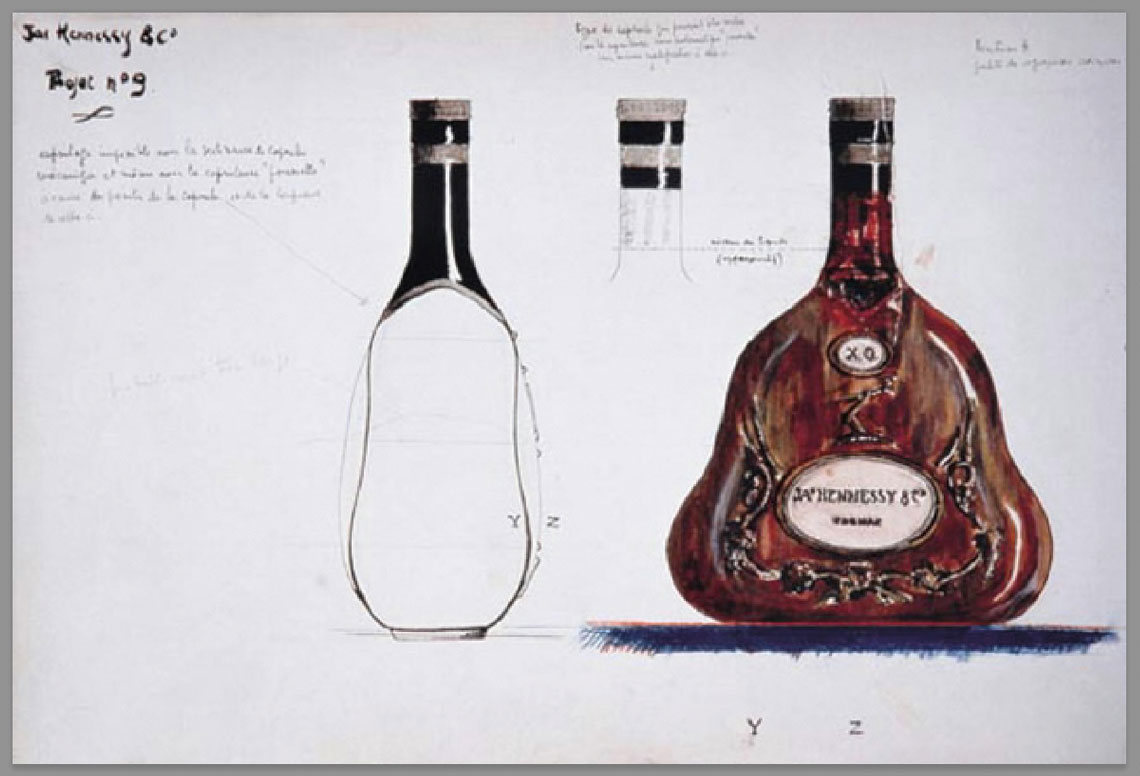 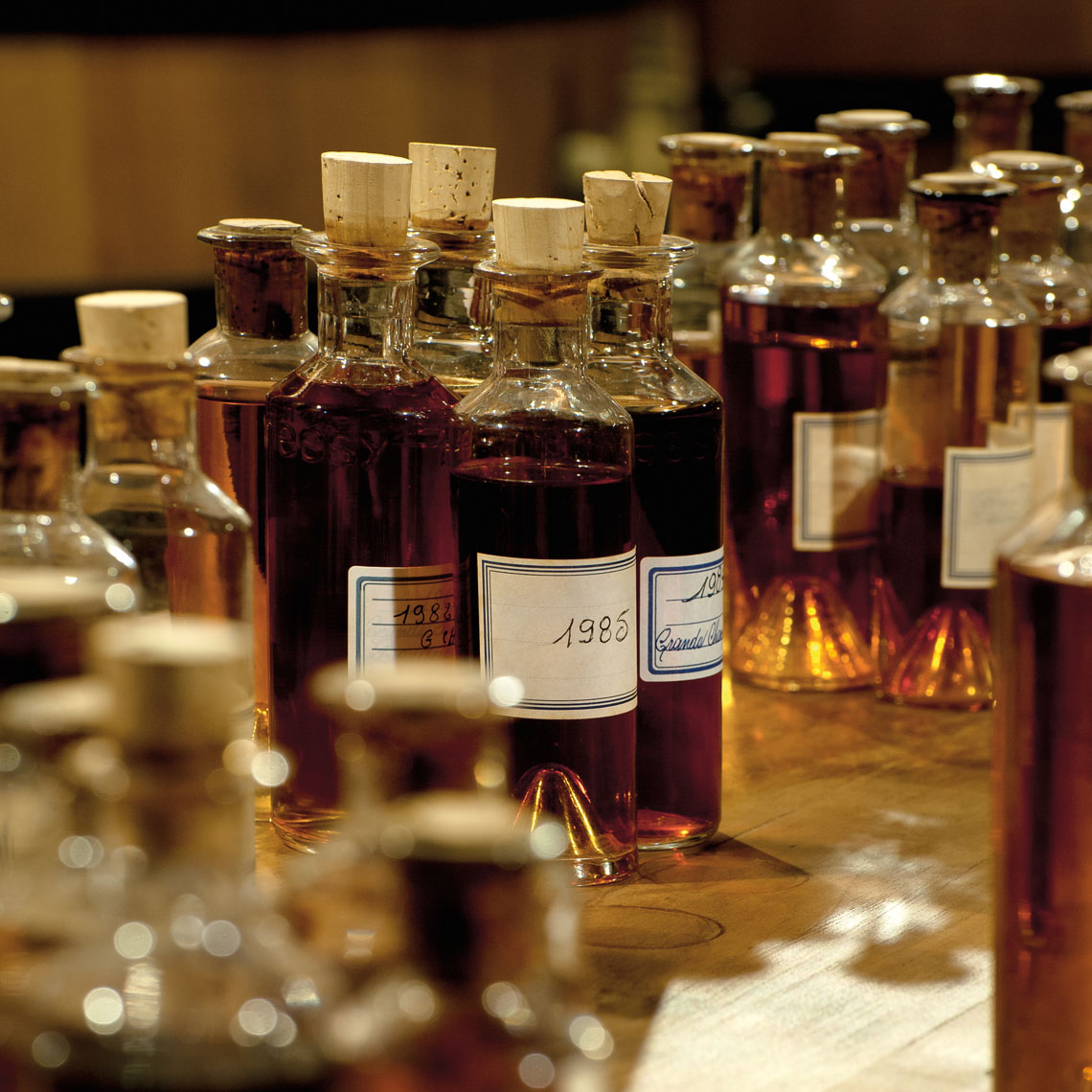 The art of reinventing tradition

Only two years after its creation in 1870, Hennessy X.O cognac was very popular and had spread the idea of a luxury liquid around the world. Then, in 1947, Gérald de Geoffre de Chabrignac, Maurice Hennessy’s greatgrandson, breathed new life into the brand. A single, inspired pencil stroke gave rise to an avant-garde bottle, crowned with vine branches engraved into the glass. Its elegant, modern design quickly became a classic, inspiring Hennessy’s subsequent prestige creations for the brand.

Today, even after 150 years, Hennessy X.O stands out for the hidden tasting notes in every sip. However, it is especially remarkable for its amazing capacity for innovation and respect for tradition. It is truly a timeless product, despite having celebrated more than a century and a half of existence. 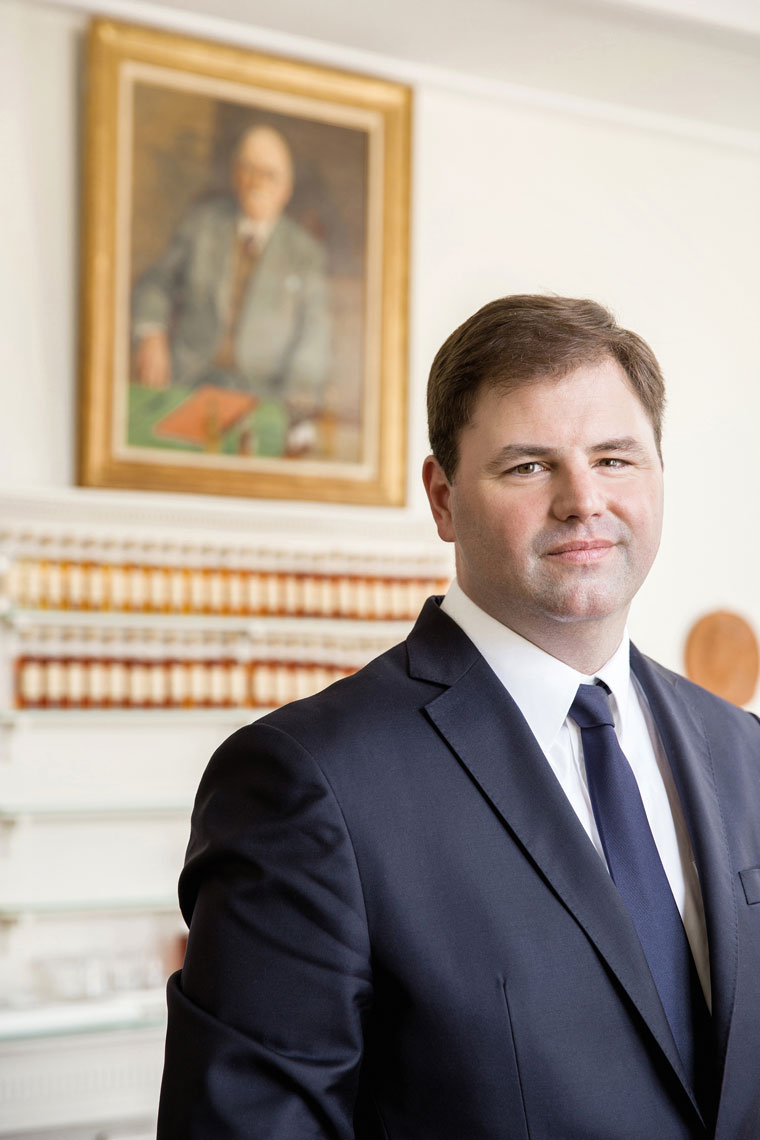 The founder’s cellar, which houses some of the company’s oldest eaux-de-vie. 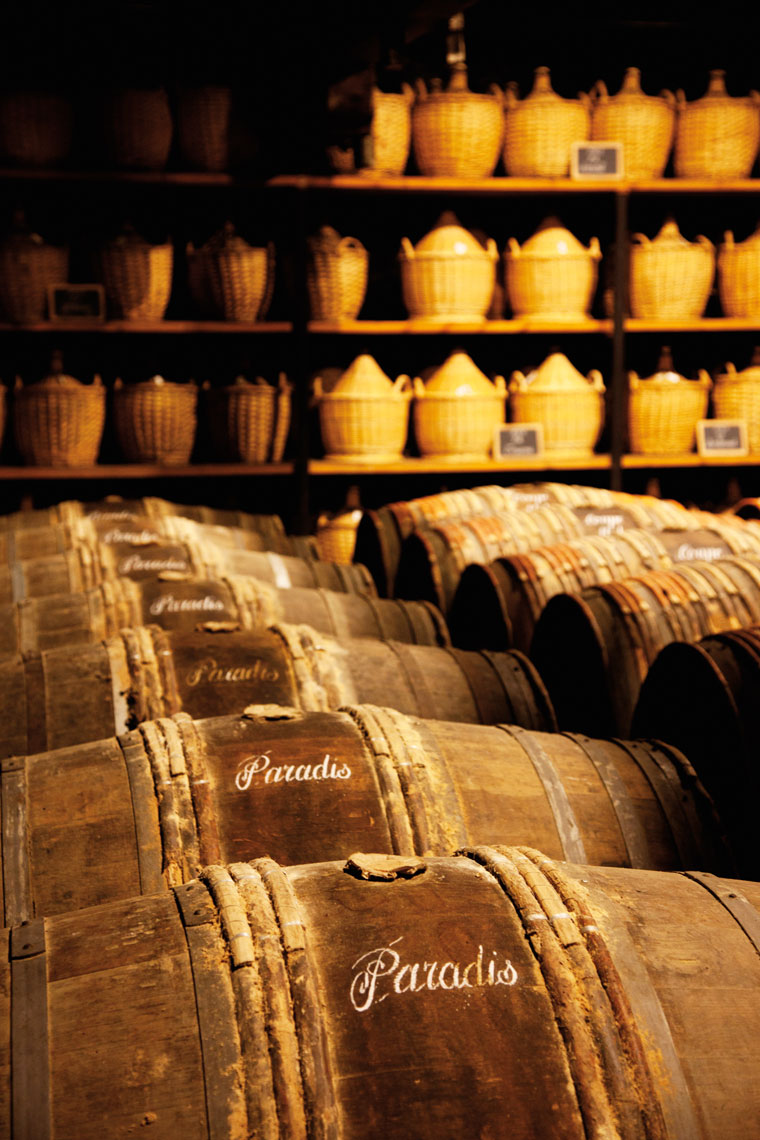